What Can We Expect From the Timothe Chalamet’s Upcoming ‘Willy Wonka’ Prequel Film? 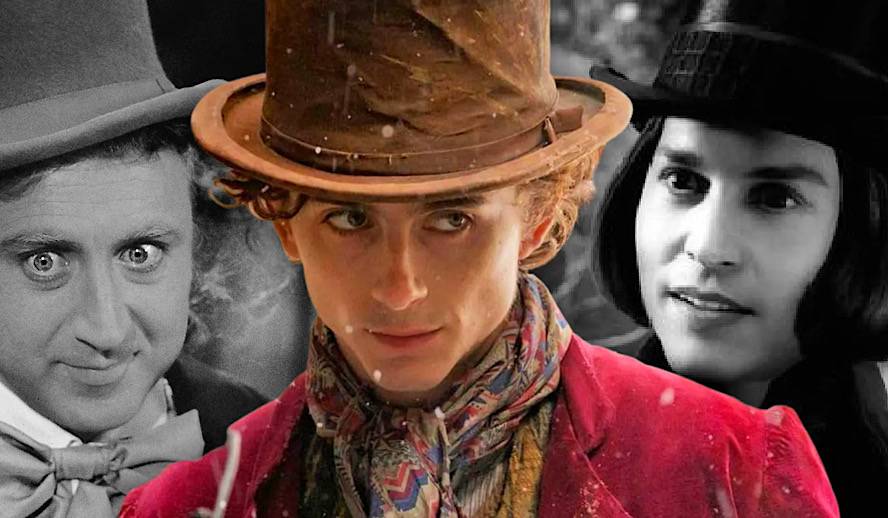 Willy Wonka and the Chocolate Factory

‘Willy Wonka and the Chocolate Factory’ is a 1971 musical fantasy film directed by Mel Satuart and adapted from the Roald Dahl book, ‘Charlie and the Chocolate Factory’. Starring Gene Wilder, Peter Ostrum, Denise Nickerson, Paris Themmen, Michael Bolner, Julie Dawn Cole, and Jack Albertson, the film tells the story of an impoverished boy named Charlie (played by Peter Ostrum) and five other students. Through a chocolate bar promotion that gives golden tickets that allow anyone to see the factory, Charlie gets a chance to see the inside of the mysterious Wonka estate. As the story progresses, one by one the children are lost to the chocolate factory until the end when Mr. Wonka hands his fortune over to Charlie and retires from the candy business.

Besides the incredible visuals, great acting performances, and musical numbers, what makes the story of ‘Willy Wonka and the Chocolate Factory’ so enticing is the mystery and whimsicalness that surrounds Gene Wilder’s Wonka. From the beginning of the film, we learn that Wonka is a businessman who keeps his life and works extremely private as the golden ticket promotion was the first time anyone had ever seen the inside of the Wonka factory. Given the mystical draw of Wonka, a prequel film tackling his origin story makes perfect sense, especially since ‘Willy Wonka and the Chocolate Factory’ tackles the end of Wonka’s presumably long career.

Charlie and the Chocolate Factory

Over 30 years after the original film adaptation, Tim Burton tackled the Dahl children’s book in his adaptation of the novel: ‘Charlie and the Chocolate Factory’. The film starred Johnny Depp, Freddie Highmore, Helena Bonham Carter, Jordan Fry, AnnaSophia Robb, Julia Winter, and Philip Wieratz. Similar to ‘Willy Wonka and the Chocolate Factory’, this adaptation tells the story of a poor boy named Charlie getting the chance, along with five other children, to see the inside of the mysterious Wonka chocolate factory.

Major differences between this film and Gene Wilder’s Wonka would be the overall tone and look. Burton’s film has a darker feel and a grittier outlook than the bright and colorful 1971 adaptation. It’s clear that the film is covered in Burton’s signature style and influence.

Based on the screenplay written by Simon Farnaby and Paul King, ‘Wonka’ will be a musical and star Timothée Chalamet as the titular protagonist. The film will be directed by Paul King and also star Olivia Colman, Keegan-Michael Key, Sally Hawkins, Matt Lucas, Rowan Atkinson, Mathew Baynton, and Hugh Grant. It is unknown at the moment what roles the other cast members besides Timothée Chalamet will be playing. The film has been said to involve the Oompa-Loompas, short creatures that work in Mr. Wonka’s factory, but it is unknown what kind of role they will play in this film. In the 2005 adaptation,, the film explored some of Mr. Wonka’s origin, including how he met the Oompa-Loompas. It is completely possible that Wonka, at the beginning of the new film may have already had an established relationship with the Oompa-Loompas or it is totally possible we will see a new origin as to how Wonka met them. It can also be speculated that ‘Wonka’ will explore Mr. Wonka’s early childhood and how he grew to become obsessed with candy and acquired his candy-making factory. Seeing Wonka’s early life, such as his dentist father and the friends he had as a young man will help to paint a picture of how Wonka became the man we see him in the previous iterations of the character.

So far, the only information we really have about the film is the release date of December 15, 2023, and some photos of Chalamet and the crew on set filming. Chalamet’s Wonka outfit looks strikingly similar to what both Gene Wilder and Johnny Depp wore for their Wonka iterations: top hat, long coat, and walking cane. Similar to Depp’s Wonka, Chalamet’s Wonka is seen wearing a coat that is dark red. Major differences in the rest of Chalamet’s Wonka outfits seem to be more casual clothing, such as some bland khaki pants, compared to the more extravagant outfits Gene Wilder and Johnny Depp wore.

Is A Wonka Prequel Really Necessary?

In an age where intellectual properties are king, it seems that a Timothée Chalamet Willy Wonka film could easily be considered unnecessary. For starters, the other two major adaptations are well-received and unneeded for story exploration. However, a Wonka prequel has the potential to tell a very unique story about themes explored in other films such as poverty vs. wealth. Part of why Wonka gifts his factory to Charlie is because he is unspoiled and underprivileged. Along with this, both adaptations of Dahl’s book play with the idea of darker undertones throughout the children’s film, so ‘Wonka’ could easily play with this. Depending on what route Paul King’s ‘Wonka’ takes, the film could prove to be an excellent addition to the franchise and a great viewing experience for moviegoers overall.