‘The Blair Witch Project’: How Found Footage Fooled Us 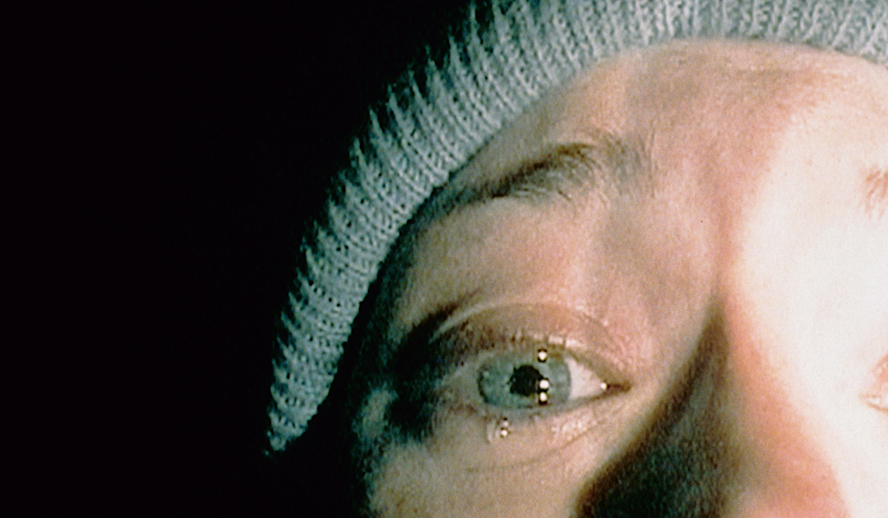 In an age of constant connectivity and information exchange, it’s strange to think that – at one point – audiences were able to surrender to whatever they were told. Nowadays, when a movie matches that familiar description, ‘based on a true story’, we scoff. Some films garner a different response. For example, If you were a media consumer in the late 1990’s, there may have been a time where you believed in the tale of ‘The Blair Witch Project’.

In the small town of Burkittsville, there lay a cold mystery. In 1994, a trio of students embarked on a journey into the hills of Maryland in hope of teasing out the legend of the Blair Witch from this unassuming town. Within a few days, all three of the expedition members would end up either missing or presumed deceased. A year later, their belongings are recovered, including a camera featuring the footage included in the film. The rest is history.

It’s been just over 20 years since the release, and ‘The Blair Witch Project’ is not only a horror classic and a deeply memorable expansion on the craft, but a lesson in Cinema marketing and pre-emptive intrigue for the ages; let’s examine the development of the mother of all found footage films and why it can’t be avoided when discussing the greatest independent movies of all time.

The idea began with the two film students, Daniel Myrick and Eduardo Sánchez, who were then attending the University of Central Florida. After realizing the merit in ‘honest’, documented paranormal footage as opposed to the typical polished, cookie-cutter ghost stories that are so common in big horror films, they set out on a mission to create something much more like real-life and much less like typical supernatural fiction. With a 35-page screenplay roughly outlining the story and a deliberate desire for actors with excellent improvisational skills, the two students would release a print advertisement calling for auditions. Picture this, you’re a young, hopeful actor and you stumble upon this advertisement: “an improvised feature film, shot in a wooded location, it is going to be hell and most of you reading this probably shouldn’t come”, what’s your next move?

For Heather Donahue, it was a no-brainer. She attended the audition, which was composed of various flash improvisation prompts with a stress on natural, realistic acting over comedy or melodrama. Narrowed down from a pool of two thousand actors, she and the two other trio members, Joshua Leonard and Michael C. Williams, would eventually be selected from the bunch. Together, these talented unknowns would endure the intensive in-character filming process. This consisted of hiking through the woods and utilizing a provided GPS to locate plastic containers which included notes on their character and the developing story. Other than that, it was up to them to craft the honest emotional turmoil and in-group tension that ultimately drives them deliriously through the woods and into the path of the Blair Witch.

While it took only a mere eight days to shoot this film that would captivate audiences with its mysterious legacy for so many years to come, the challenge would lie in the post-production process which actually lasted around eight months. That’s eight months of editing the footage, knitting together the storyline from their improvised content, and ultimately, making decisions that may have changed the course of the plot as we know it. However, these weren’t the only efforts that went into fostering the film’s ‘real’ appearance.

In the weeks preceding the release of ‘The Blair Witch Project’, a TV special titled ‘Curse of the Blair Witch’ would air alongside other paranormal reality series and tourism promotions. Tucked between other, similarly formatted specials, this mockumentary would detail the disappearance of the three student filmmakers and the local legend that they were studying, deepening the lore, nurturing the buzz, and setting the stage for a much more believable premiere. Though it’s been lost to the sands of time, there was even a website (created by co-director Sánchez, of course) dedicated to compiling the local mythology and clues left behind from the lost trio. All of these efforts acted as kindling in the fire of the film itself.

‘The Blair Witch Project’ – The Pay-Off

‘The Blair Witch Project’ would go on to screen at the Sundance Film Festival that year, premiering at midnight with all of the promotional marketing declaring the actors as either ‘missing’ or ‘deceased’. This not only includes the aforementioned TV special and website, but the crew also posted and handed out real missing person leaflets for the three filmmakers, all completely absent from the premiere and public eye for the time being. In the weeks both preceding and following the premiere, the small town of Burkittsville, Maryland – by small, we’re talking about 180 total residents at the time – was inundated with an influx of tourists and occultists alike seeking to experience a piece of the ‘Blair Witch’ legend. As a result, the local cinema would ultimately decide against screening the film.

With a final budget of less than half a million dollars (not including the camera the project was filmed on, since they actually ended up returning that in the end), and a comparatively exorbitant box office total of almost $250 million, it goes without saying that ‘The Blair Witch Project’ was a sleeper hit to bring in the new millennium of Cinema.

For those old enough to experience it, the ‘Blair Witch’ phenomena seems like the closest we could (ethically) come to the unadulterated thrill of something like William Castle’s ‘The Tingler’ with just a dash of the hysteria of Orson Welles’ ‘War of the Worlds’. Alright, maybe I’m getting ahead of myself. But how many years had it been since the public had had an experience like this? Something to believe in? Even the infinitely gorey ‘The Texas Chainsaw Massacre’ wouldn’t quite reach the same calibre of raw infamy, despite films both allegedly being ‘based on true events’. The project went above and beyond to convince audiences of its terrifying legitimacy, and in return, they believed it.

Even years after the illusion has been broken, ‘The Blair Witch Project’ is a testament to both the genre and the craft. Devoid of any true monsters, the horror of the Blair Witch lies in her anonymity. Instead of fearing the slick skin of a lake monster, or the raving hunger of a zombie, we fear the dark, meaningless corner of an abandoned Maryland basement, the madness of our comrades, and a witch that we cannot see. Now, that’s what I call psychological horror.