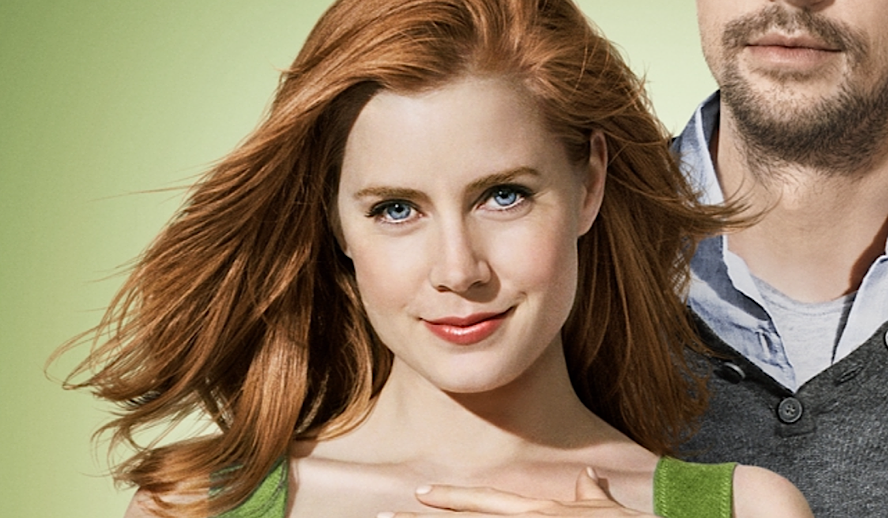 With the announcement that Universal Studios will be projecting Dear Evan Hansen on the big screen, there has been circulation surrounding the top-notch casting potential. Written by Benj Pasek and Justin Paul, Dear Evan Hansen is a six-time Tony award-winning musical about a well-intentioned lie spinning out of control and the teenager trapped in the middle.

Ben Platt will be reprising his critically acclaimed role as Evan Hansen, joined by Kaitlyn Dever as Zoe Murphy, Julianne Moore as Heidi Hansen, and most recently, Amy Adams as Cynthia Murphy. This exciting announcement has both delighted the expectant audience while raising more than a few eyebrows: is Amy Adams qualified to take on such a musically-inclined performance? Despite her Academy-renowned acting talents, most do not recognize Adams as carrying a rich history in musical theatre. This certainly is worth revisiting before she steals our breath away in the upcoming musical drama.

Amy Adams started her professional career as a performer in the Boulder’s Dinner Theater, as a dancer in their production of A Chorus Line. In between performances, Adams would wait tables at the theater, self-admittedly not her area of expertise, paying her dues and waiting for grander opportunities. She then went on to work at Denver’s Heritage Square Music Hall and Country Dinner Playhouse, the latter being where she was discovered by the director of a Minneapolis-based dinner theater during a showing of Anything Goes.

For the next three years, Adams was able to perform under a secure contract in the Minneapolis theatre scene, which allowed her to audition for films such as The Chromium Hook and Drop Dead Gorgeous. A background in theatre is not uncommon for even the most infamous of film stars, but the dedication Adams showed performing in these theaters is indicative of the ‘triple threat’ talent she would later bring to the film industry. With classic training in theatre, the transition to acting for the screen is relatively natural and shows an actor how to work under immense pressure while keeping their best foot forward. This attitude, alongside her evident talent, brought Amy Adams to her Hollywood throne.

Like a breath of fresh air, Adams swept onto our screens and into our hearts with her lovable character Giselle in Disney’s feature film, Enchanted. Alongside her bubbly personality and perchance for falling in love, Giselle sings three songs that were comedically genius and added to the uplifting, fantasy feeling of the film. “True Love’s Kiss”, an upbeat ballad sung between a smitten (and animated) Amy Adams and James Marsden, highlights Adams’ sweet, light tone of voice. After the characters leave their cartoon world in exchange for a bustling, modern-day New York City, she then sings “Happy Working Song” and “That’s How You Know”. These are both classic standout scenes from the film that stay with the viewer long after watching. Amy Adams proved that she possesses a unique theatrical ability, fully on display in Enchanted, which utilizes her previous work in theatre to transform her incandescent performance from a classic fairy tale retelling to an extraordinary film standout.

No One Is Alone

Following her cheerful work in Enchanted, Adams faced a darker challenge by conquering the humorously miserable role of The Baker’s Wife in The Public Theater’s revival of Into The Woods, by Stephen Sondheim. This was her first live role in over thirteen years, and what originated as a month-long excursion turned into a difficult challenge for the actress to surmount. However, The Baker’s Wife, a dissatisfied woman who wants nothing more than a child to call her own, was handled masterfully by Adams, who melded right back into her theatre background without missing a beat. Her performance was regarded by critics as “lucidly spoken and sung,” showing that Adams has not lost her touch in the world of live theatre.

Taking on The Baker’s Wife after so many years spent expressing the subtly beautiful emotion Amy Adams is most well-known for in film, was an interesting challenge for the world to witness. The Into The Woods character is crass and humorous, allowing for Adams to explore a more outlandish side of her acting that the audience might not be familiar with. This role speaks for her ability to perform a tragically damned character without forgoing their moments of humanity, something that will be important when it comes to performing as Cynthia Murphy in Dear Evan Hansen.

Cynthia, the mother of Zoe and Connor Murphy, mourns over her son’s sudden suicide while learning that Evan Hansen was his “best friend” in life. This story is told through Evan’s anxiety-filled perspective, as he is lying to the Murphys’ about the true reason he had a connection to Connor, but Amy Adams has a considerable challenge to take on with the emotional toll sitting on Cynthia’s shoulders during this musical. To bring a character from a strictly stage production to the big screen is complex within itself- there is already an established fan base who will be expecting to see a performance that is on par with Jennifer Laura Thompson, who originated the role. However, Adams must bring her personal touch to her character, creating something unique and transcendent for the film adaption, so once more the question must be asked: Can she do it?

Playing Cynthia Murphy will hopefully show the audience some of the most interesting aspects of Amy Adams’ acting- her ability to grieve in a painstakingly human way, her drop-of-a-hat anger, caring for someone she loves in inexpressible words- and amalgamating it with her superb vocal skills. While she is certainly no stranger to drama (Being an Academy Award Nominee for films such as Vice and The Fighter), Dear Evan Hansen opens a new, optimistic world for Adams’ career, one that will hopefully lead her to work closely with award-winning musical productions. Adams is one of the most qualified leading ladies to take on this challenge, and the world waits anxiously to witness the inevitable masterpiece that will be Dear Evan Hansen.