Review: ‘The Politician’ Season 2 Continues To Be A Rambunctious Watch 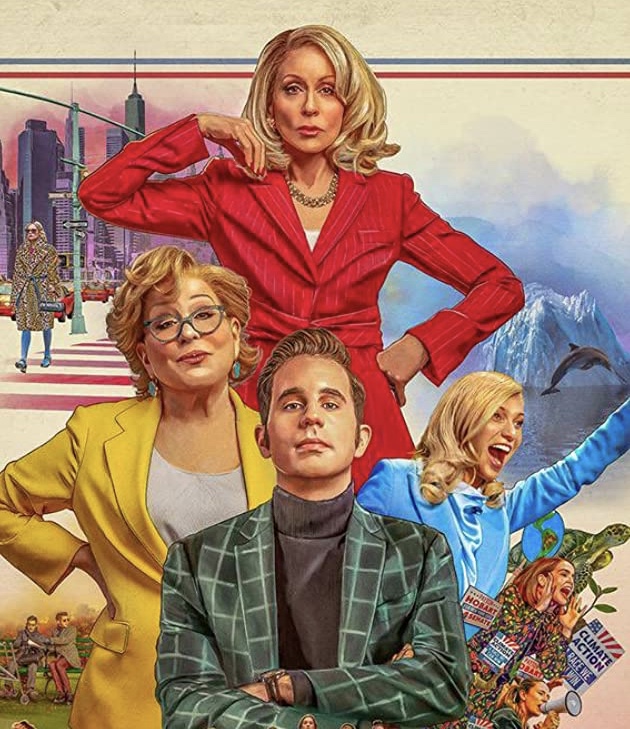 Netflix’s The Politician season two continues the story of Payton Hobart and his ambitious rise to becoming President while dealing with the betrayal and drama within his own ranks.

After the first season and his second show Hollywood, Ryan Murphy continues to use his passion for politics mixed with glamour but in the biggest way yet, and it works thanks to a charming Ben Platt, larger ambition, and a palatable tone that makes for binge-worthy viewing.

The Politician’s Ben Platt is Charismatic alongside a Colorful Cast

Ben Platt’s Hobart has grown between season one and two. Yeah, he was an interesting protagonist, but incredibly manipulative and with an inability to empathize. He’s matured and actually seems to care about more than taking a position of power, but whether or not he can do good in that said position of power.

This growth in the character allows you to root for the protagonist to greater effect than before, where he and everyone else was stabbing the other in the back, Hobart is fighting for a cause we can get on board with, even if he bends the rules to get to the finish line (then again, who doesn’t?). He’s torn between playing clean and losing or going hard just to taste victory, and we understand the turmoil. Is an evil act necessary to accomplish a greater good? Many ask that question, all come to different conclusions, but all are understandable.

Hobart isn’t the only interesting character to return. Lucy Boynton, Laura Dreyfuss, Theo Germaine, Rahne Jones, and Julia Schlaepfer round out Platt’s campaign team as they move from high school politics to the state senate. with twists, turns, lies, and every other spice needed to add a dramatic flair. Though not all the characters here get a lot of development, they get some spotlight each and do have great chemistry. The show depends on this team working well together, and they work together just right.

Related article: 32 Facts on Netflix Hollywood Series with Behind The Scenes Scoop

Gwyneth Paltrow’s Georgina Hobart has more to do this season, as well as a major set up for season three, and that’s always a delight. No longer just advising her son, Georgina is now running for her own position in California but sets her sights on a much grander scale by the end of the season. It’s a unique role in Paltrow’s resumé that stands out from the rest of her performances, but it’s a delight nonetheless.

Bigger Stakes in The Politician 2

As I mentioned, this isn’t high school politics anymore. Hobart and his team are now moving up into real stakes and risks. One bad move and Hobart’s dreams like so many others evaporates into thin air. So when the wanna-be president has an anxiety attack because he or someone else screwed up, he isn’t some teen with issues, this is his life. But despite the stakes, Hobart has seemingly learned quite a bit and has a few tricks up his sleeve that makes you smile at the cleverness behind his strategy.

The story pits Platt against Judith Light who takes on the fictional Dede Standish, a longtime incumbent Senator who in this series, hadn’t been challenged in years, coasting by. Instead of making her the villain, we see her develop and grow even after decades in politics so by the end, you have sympathy for her. It’s a great dynamic of two individuals who want to see positive change, even if they disagree on certain points.

Both use dirt and tricks to outwit the other and win over the city of New York, and their tactics may seem over the top, yet if you’ve been paying attention to how Republicans and Democrats run things over the past decade, you realize the insanity is all too real on both sides. That paired with a very 2020 atmosphere (dialogue, quirks, and political points) and you’ve got a balance of color and drama with a look at just how intense politics truly can be, even if it is truly dramatic.

Well Paced and Easy to Binge

This is easy binge-watching, even easier than the season before. And though many may say it’s messy (in ways I think that’s on purpose), Platt’s performance, change to a more likable hero, and great dynamic with his adversary Light makes for a more palatable story that though tense and hectic at times, is really a brisk walk in the park that makes for easy viewing. Yes, it is an anxiety-filled atmosphere, but The Politician’s second outing manages to bring a consistent pace throughout the story.

If you weren’t a fan of the first season, this won’t change your opinion of the series. But if you were even slightly into Hobart and his friends’ first outing, you’ll thoroughly enjoy this second go that takes more risks, sets up an even greater third outing, and rides by on colorful characters and a dramatic look at just how insane politics truly are as we head for the 2020 elections.