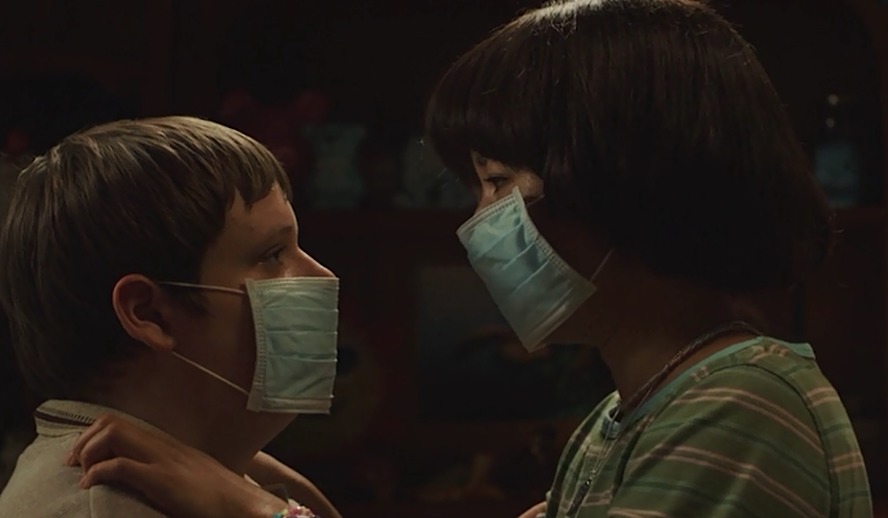 For the majority of well-adjusted adults, the thought of returning to middle school is nausea-inducing. The extent of horrors to uncover within the teenage period of life guarantee emotional and physical transition, insurmountable self-doubt, and chronic algebra, just to name a few. The enduring memories of these excruciating middle school experiences are exactly what compelled the creators, writers, and stars of Hulu’s Pen15, Maya Erskine, and Anna Konkle, to create their show. “We knew we wanted to do a show about rejects and something messed up and sad, so naturally we kept coming back to middle school,” Konkle shared during a zoom appearance on The Tonight Show With Jimmy Fallon.

Related article: ‘Sex Education’: Popcorn Fest of Teenage Drama and Emotion That’s Just Right And Relevant To Teens All Over The World

The first season of the original comedy premiered in February of 2019 and it introduced the world to Anna Kone and Maya Ishii-Peters, the 13-year-old heroes of Pen15 and fictional counterparts of the real-life Konkle and Erskine. A premise unlike any other, the adult duo play teenage versions of themselves among a cast of actual teenagers. An initially jarring concept that Konkle and Erskine skillfully pull off due to their unbelievably accurate and detail-oriented impersonations of middle schoolers in the year 2000 along with the pair’s irresistible charisma. Chock-full of laughs, tender moments, and early 2000s nostalgia, the first season of Pen15 established a hit series on the rise; however, it’s the recently premiered second season that launches Pen15 to a new stratosphere of success and cements Erskine and Konkle as masters of their craft.

On September 18th, one of the few graces this somber year granted arrived in the form of Pen15’s second season. Although only 7 episodes of the presumably 14 episode season have been released due to the coronavirus pandemic, the premiere of Pen15’s sophomore season was received with immaculate reviews. Deemed by Metacritic as a “must-watch”, the season received unanimous praise, “Its second season… evolves beyond that pretense and looks inward at Maya and Anna,” Vox reviewed, “The show becomes more concerned with how strong the bond of friendship can be between young girls, especially as they experience complications on top of what’s already a complicated time of life.” Erskine and Konkle’s second season wastes no time building upon the foundation curated by the preceding season, elevating the show to a new level of captivating as the humor and heartbreak of the series becomes even more palpable.

Where the first season would allude, the second scrutinizes. Maya and Anna find themselves having to face the consequences of the fantasies they entertain as they attempt to bludgeon their depressingly average middle school experience into one of their dreams. For example, the first season ended with Anna and Maya both getting “felt up” by a popular boy in their class, inflating their egos, and bolstering the pair’s confidence up to new heights. This season is swift to knock down the presumptuous duo as they deal with the ramifications of any middle school interaction gone bad: rumors and ostracism. The pain that comes with being 13 is universally recognized as brutal and Pen15’s second season conveys that hurt almost too effectively.

Maya and Anna are placed in the headlights of controversy this time around as they deal with mature topics such as slut-shaming, rejection, and familial strain. This season is not a total sob story, however. Each individual episode of Pen15’s second season proves that Konkle, Erskine, and the rest of their team are at their comedic prime. By constantly making fun of the permanently melodramatic attitude of teenagers and emphasizing the physical comedy tethered to the unavoidable awkwardness of the middle school experience, Pen15’s comedic tone has never been more defined and unprecedented as it stands in the realm of television. At the root of this successful combination of drama and comedy is the friendship between Anna and Maya.

Anna and Maya, Best Friends In the Worst Situations

Following burritos and being hungover, Anna and Maya have managed to find themselves on the shortlist of timeless pairings. The first season followed the friends’ fallout and ultimate recuperation, allowing this season of Maya and Anna’s relationship to be in a much more resilient standing. Having already overcome conflict, both together and individually, the second season provides unparalleled obstacles for the pair to confront. While the friendship does not go unchallenged, what is so effective about this season is how the two find much heftier strife in their individual lives and are able to find support in the other. Anna has a particularly trying storyline as her parents’ contentious marriage has evolved into an all-out brawl of a divorce this season.

With both of her parents sharing the house, Anna struggles with being in the middle of a mother and father who seemingly loathe one another and cannot manage to put their differences aside for the sake of their daughter. A distressing situation many 13-year-olds have unfortunately found themselves in, Anna tries out a handful of relatable outlets to release her emotional anguish. From wrestling to aggressive stage crew managing to drinking, Pen15 brilliantly tells Anna’s story of familial disarray and how her friendship with Maya helps her make it through.

In classic PEN15 fashion, the tragic moments of the show are given their time to breathe and exist, but there is always the comedy of the duo to bring the show back to center. A series closely based on the experiences of Konkle and Erskine, it is a trademark of Pen15 to address the more difficult ordeals in life lightheartedly. When discussing how they have drawn from their own lives for the show, Erskine recalled the process of remembering horrible memories from middle school and thinking, “That’s sad and painful… this is gonna be hilarious.” One of the most liberating and genius storylines of the season begins with an explosive fight between Anna’s parents. Maya takes Anna’s hand and they run away into the woods where they, of course, believe they have stumbled upon magical powers.

In true teenage angst style, the pair goes full goth, ridiculously believing that they are mighty witches and that they can cast spells on their classmates by speaking in tongues and wearing dark eyeliner. The audience just watched the scarring scene of Anna witnessing her parents fight, so it’s evident that this is all just a nonsensical coping mechanism, but Konkle and Erskine are so funny that they allow you to be nonsensical with them! The outstanding comedy elements of the show permits the audience to be carried away into the fantasy and escape the horrendous events of the prior scenes. This storyline rings true throughout the entire season as Maya and Anna’s navigation through the emotionally turbulent world of middle school thrives on that fragile line. Witchcraft still in question, the blend of true-to-life humor and heartbreak is the real magic of Pen15 that both Anna and Maya undoubtedly possess.