The Empire of RuPaul’s Drag Race: What the New Season of ‘Drag Race UK’ Predicts for the Queendom 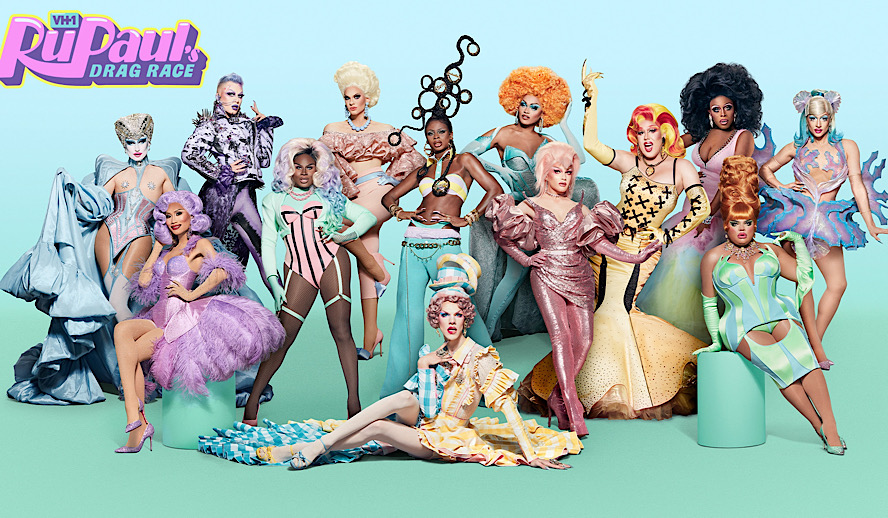 What justifies a phenomenon? One of the world’s Seven Wonders? A radical and swift shift in culture? An inexplicable story of unprecedented success? If these parameters accurately indicate an emerging phenomenon, then a subversive reality competition series that spans the globe and ignites a movement of impassioned queer expression surely fits the bill. Since its series debut in 2009, ‘RuPaul’s Drag Race’ has defied all expectations as its accomplishments exist outside of any typical measurement of success.

After all, what could have been anticipated for a reality competition show that pits drag queens of various backgrounds and aesthetics for the abstract title of “America’s Next Drag Superstar?” Launching on the obscure channel,  “Logo,” and broadcasting to a nation that only held 49% percent support of gay marriage at the time, the avenue for RuPaul’s return to glory since his breakout “Supermodel” moment of the 90s appeared to be merely a fabulous fantasy.

Related article: 2020: An Outstanding Year for LGBTQ Representation Against All Odds

With the soaring trajectory ‘Drag Race’ was on with its unstoppable rise in popularity and spin-offs, it was only a matter of time until RuPaul would take his historic show overseas. The first of these international offsprings was ‘Drag Race Thailand’ in 2018, which featured a completely reinvented set of hosts and cast of drag queens native to Thailand. The series was accomplished in its own right and even served as an innovative force for the ‘Drag Race’ franchise as a whole, as ‘Drag Race Thailand’ was the first of any series to hold a 3-queen “lip sync for your life,” which was quickly implemented in its US counterpart. Since reaching Thailand, the drag competition series has expanded its empire to Canada, Holland, and most notably, the UK.

The first season of ‘Drag Race UK’ premiered in 2019 to stellar reviews from fans and critics alike, as this spin-off held the perfect amount of familiarity (being the only international descendant to maintain RuPaul as the host) and cultural variation in the form of the infamous wicked wit and style of UK drag queens. Along with Ru, the judging panel is rounded out with UK celebrities Alan Carr and Graham Norton, two masters of entertainment that uphold a standard of glee and delightfully dry humor emblematic of the fanciful UK spirit.  Unsurprisingly, ‘Drag Race UK’ was swiftly picked up for a second season that premiered on January 14, 2021, and all the ante has been dutifully upped this time around. Bumping the cast from 10 to 12 queens and producing 11 episodes instead of season 1’s humble 9. The new cast is even zanier than the first; from classic comedy queens like the droll Sottish Lawrence Chaney, to fierce supermodels-in-the-making like the Welsh queen, Tayce.

Despite ‘Drag Race UK 2’ only being a few episodes into its season, it has already been hailed as a renowned entry to the flourishing RuPaulian empire. In The Guardian’s 4-star review of the newest UK season, ‘Drag Race UK 2’ is commended as “shambolic liberation” that compels audiences “to cackle for the full hour at its winningly filthy self-deprecation.” The rave reviews of the second season, and the premature announcement of ‘Drag Race UK’s’ third season as well as ‘Drag Race Canada’s’ second, suggest that the producers of the RuPaul spin-offs are readying for another set of ambitious paths toward incremental growth that the original series benefitted from. With this surging pace of expansion and achievement, what can be expected to come next in the burgeoning ‘Drag Race’ franchise and what does it mean for the world it’s conquering?

The Future is Drag

With a ‘RuPaul’s Drag Race’ franchise established in the United States, UK, Thailand, Canada, and Holland, there are only a few regions not neighboring the sweeping queer phenomenon; however, Ru is not yet satisfied with the scope of his current reign. Just before the end of 2020, ‘Drag Race’ producers revealed that ‘RuPaul’s Drag Race España’ and ‘RuPaul’s Drag Race Down Under’, a cheeky title for the Australian branch of the franchise, will launch as soon as 2021. These two major countries will offer even more opportunity for a diverse and accurate representation of what the international LGBTQ community looks like as queer artists from Spain and Australia can share how their cultures have influenced their drag.

Additionally, Fenton Bailey, an executive producer and co-creator of ‘Drag Race,’ recently shared that these are only the first of many steps in forging the multicultural tapestry they see as the future of the competition series. “There are more territories we’re talking about for original versions of ‘Drag Race’… three or four in the works right now.” As more and more territories are ventured by RuPaul, additional forms will be drag exposed and shared with greater audiences until there is no stretch of land that is not uplifting and celebrating the queer community.

One exciting prospect fans speculate is an international ‘All Stars’ season that would feature drag queens from different global franchises in an epic Marvel Cinematic Universian crossover event. Although this concept stands as merely a fan theory, the idea is representative of the overall intent of turning ‘Drag Race’ into a global phenomenon; uniting an international LGBTQ community to honor the universal beauty of queer art. In fact, RuPaul puts it best himself in his hit, “Phenomenon,” in which he chants, “From Russia to the UK, Thailand to Paraguay, Vegas, New York, LA. Sashay, shantay, you stay! Drag is all over the world, it’s a phenomenon. It will live on and on. Drag is all over the world, it’s a phenomenon.”