The Jewish Actresses Who Ruled as Bollywood Heroines in Secret, and Shaped the Largest Film Industry in the World 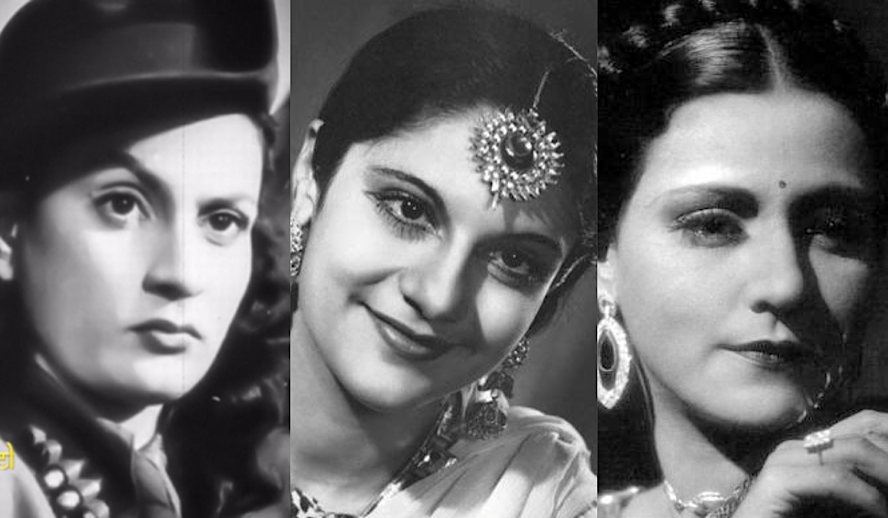 Bollywood, as the Hindi film industry is colloquially called, is one of the biggest international movie industries in the world, stemming from a country with over 1.3 billion people. It is also home to some of the most famous actresses in the world. Their talent has propelled them to become internationally renowned figures, such as Priyanka Chopra Jonas and Deepika Padukone.

However, there was a time in Bollywood when actresses were not allowed to perform in movies at all. In fact, in the earlier ages of Bollywood, the female roles were also played by men, such as in the first-ever Hindi feature film, Raja Harishchandra (1913). There was a gradual entry of female actors into the industry in the 1920s. Since India is predominantly Hindu and Muslim, there were no female actors from the general Indian society as it was not considered to be a proper profession in their community. Where were these actresses coming from? In a surprising turn of events, these actresses were secretly Jewish, from the small community of Baghdadi Jews who had resettled in India. They used stage names that were more commonplace in India to be relatable to the larger Indian audience. They led the way for a lot of progress for female actresses in the industry, unbeknownst to the larger public. In this piece, we will explore the three most influential Jewish actresses who paved the way for female actresses in the industry.

Ruby Myers, or Sulochana (1907-1983), was born in Pune in the Baghdadi Jew community in India. While working as a telephone operator, she was discovered by Mohan Bhavnani of the Kohinoor film company. Even though she initially rejected his proposition to be an actress, she eventually caved in and started her career in the industry. In those times, the Hindi film industry consisted of only silent films, and she entered the industry as a silent film actress.

She acted in her first film Veer Bala (1925) and became the first female “star” of the industry. Under Bhavnani’s mentorship, she worked on her craft and rose through the ranks to become the highest-paid female movie star in the country. One of her most popular movies was Wildcat of Bombay (1927) in which she played eight different roles spanning genders, ethnicities, and backgrounds, which was an impressive feat considering her mere two-year acting experience with no formal training. In her silent film era, her most popular movies include Madhuri (1928), Anarkali (1928), and Indira B.A. (1929).

With the introduction of Hindi talk cinema in 1931, Sulochana saw a lull in her career as she was not fluent in the Hindi language and had never acted with speech before. To salvage her career trajectory in a smart business move, she took a year off to learn the language and came back with talky versions of her most famous hits such as Indira M.A. (1934), Anarkali (1935), and Bombay Ki Billi (1936). She quickly cemented her status in the talkies film industry as well, subsequently developing a flashy reputation with her high income and expenses and a highly publicized affair with her frequent collaborator D. Billimoria. She received the Dadasaheb Phalke award, the highest award in India in cinema, towards the end of her career in 1973 for her lifetime of achievements in the entertainment industry.

Esther Victoria Abraham, better known by her stage name “Pramila”, was a pageant girl-turned-actress. She was the first-ever winner of the Miss India pageant in 1947, cementing her name in history outside of the acting world as well. Her family, like Sulochana, was of the Baghdadi-Jewish community which settled in India.

Her foray into acting started with her cousin, another famous actress of the time, Rose Ezra. On a visit to Mumbai to meet her cousin, she was discovered by director R S Chowdhari. She signed on with the Imperial Company, one of the premier studios in Bollywood at the time. Her debut movie called Bhikaran released in 1935, after which she adopted her screen name “Pramila”. She went on to act in 33 movies in a career spanning five decades, such as Bombay ki Billi (1936) co-starring Sulochana, Mother India (1938), and Ulti Ganga (1942). Her son is the famous screenwriter Haider Ali, who wrote the hit 2008 movie, Jodhaa Akbar.

Nadira, who is still a popular name in Bollywood’s living memory, was born Florence Ezekiel Nadira in Baghdad, Iraq in 1932. She was a pioneer in the industry, as one of the first “vamps” of Bollywood. Playing such roles in a time when India was still extremely conservative, she rose to the heights of fame. Her first film Aan (1952) earned her nationwide fame due to her fearlessness of playing a controversial female character. She co-starred with one of the biggest Bollywood legends, Dilip Kumar, in that movie. Spanning a 50-year-long career, she has acted in 98 projects and passed away in 2006 at the age of 73. One of her most famous movies in recent history is the Shah Rukh Khan starrer Josh (2000).

The undiscovered history of these trailblazing Bollywood actresses was discovered by Ben-Moshe, an Australian director. He had initially only discovered Nadira and sought to make a documentary on her. While conducting research, he unearthed various other Jewish Bollywood stars who have made a great impact on the industry. He started his decade-long research on these actresses and detailed it in his 2018 documentary Shalom Bollywood: The Untold Story of Indian Cinema. It is available on Amazon Prime Video and is well worth a watch for a deeper look into the history of these historic women.