Everyone Deserves A Great Love Story: Why Hollywood (and Hallmark) Must Make More Queer Holiday Movies 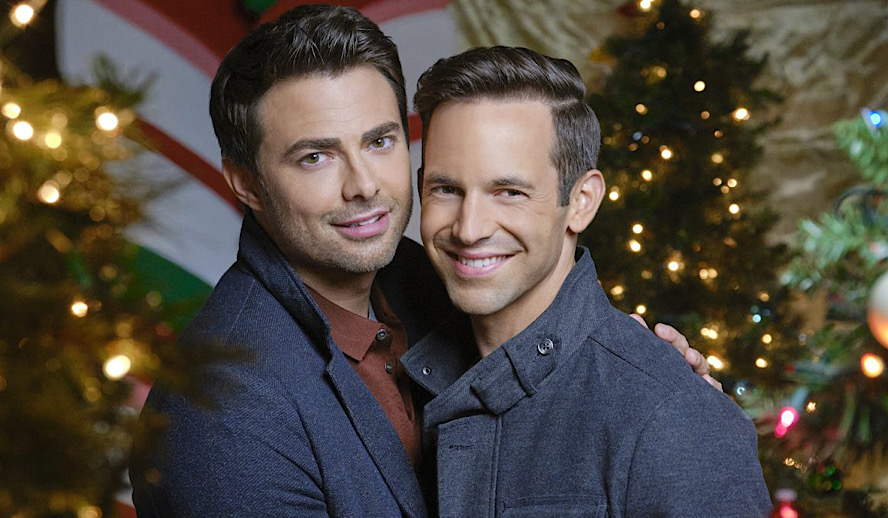 There’s really nothing that screams the onslaught of winter like Hallmark’s 25 Days of Christmas. Even the sight of those cheesy titles- When Jingle Meets Belle, Holly’s Home For The Holidays, Snowshoes in the Sand- makes the Grinch’s heart grow three sizes so we can all sing in harmony. However, in between all of the merriment lies a serious problem: It’s all straight, white couples enjoying themselves in the winter snow. Queer holiday movies are almost nonexistent, and the ones that do survive represent only a small margin of the vastly different and interesting LGBTQ+ community.

Everyone Deserves a Happy Love Story

First and foremost, queer holiday movies are important as LGBTQ+ people deserve cheerful representation. There is a large debate within the queer community as of late about the stories being told by queer filmmakers, and how they generally surround the highs and lows of “coming out.” Many queer people have an unfortunate incident when coming out, whether it be entirely traumatizing or mildly discomforting, and not everyone thinks that every queer film must be centered around this issue. There is certainly validation, however, in making art based on the experiences that shaped you as a person, and I believe that “coming out” films should never be criticized for their content- only celebrated.

That being said, there should be more stories about queer people who simply exist as queer while having other layers and dimensions. Holiday films are certainly the time to do so, because the content is naturally lighthearted and easily enjoyable, and it would add a splash of variety to the traditional Christmas movie. Any channel that posts endless holiday films would garner a much larger audience if they began to stream more diverse storylines.

Everyone Deserves a Genuine Love Story

There is also an interesting realm of “coming out” storytelling that can be explored through the awkwardness of family holidays- like the 2009 classic, Make The Yuletide Gay. There is plenty of miscommunication, hilarity, and sappy, tender stories that can ensue around a Thanksgiving dinner, Christmas tree, or even a Hanukkah menorah. Most coming out stories are meant to extend a knowing olive branch from one queer person to the next, a secret joke or nod of understanding between two people who have been there, and making it a holiday fiesta would create all the more depth.

Everyone Deserves an Original Love Story

When facing the facts, there is one unfortunate truth that every Hallmark fanatic should face at one point or another: When Hallmark is creating so many different movies for a single holiday season, every single year, the stories have already been told with similar bravado. There are no more original storylines, only what is able to placate the audience, and this hits a rough patch within filmmaking. Is the movie worth making only for the sake of the money it will bring in? In my opinion, there must be a driving force behind your story that means more than cheerful goodwill and cash under the Christmas tree. Adding LGBTQ+ representation into the mix of holiday movies will give representation to an entire community who has never seen themselves as happy, as innocuous as the characters in quintessential holiday films.

Everyone Deserves a Diverse Love Story

Diversity is also severely lacking on the Hallmark channel, making the holiday films that do premiere even more repetitive in storyline and cast. By not casting actors of color or queer actors in these films, Hollywood has effectively turned a large fanbase away from enjoying the mindless fun of seeing two people fall in love on an ice skating rink, mugs of hot chocolate, or the magic of Christmas. These movies are often degraded within the film community, being seen as nothing more than a cash grab for a down-on-their-luck entertainer, but if written with diversity and representation in mind, they could transform the industry entirely. There is so much potential within the billions of dollars that are funneled into Hallmark’s 25 Days of Christmas, and they could see an enormous return on their investments if they dedicated even a portion of their stories to a new world.

Thankfully, there has already been some breach into the world of queer holiday films, and each one in more entertaining than the last. Clea DuVall, of But I’m A Cheerleader fame, directed Hulu’s latest smash hit Happiest Season, starring Kristen Stewart and Mackenzie Davis– and you can read Mario Yuwono’s Hollywood Insider review on the film here. Happiest Season brought on the largest influx of users Hulu had ever seen, showing promising numbers that insinuate a hopeful future for a queer mainstream film. Scrooge and Marley, made in 2012, takes the ever-classic A Christmas Carol and adds a much needed queer touch between the two titular characters, leaving a film that should be a global classic by now. Carol, the infamous Cate Blanchett, and Rooney Mara film, isn’t quite the feel-good Christmas film one would expect, but it has lesbians, snow, and Mara Rooney wearing darling little elf ears. Red Lodge, a beautiful story lost to the film sweep of the 2010s, is tender, heartfelt, and the movie about love and loss you’ve been searching for this winter.

Everyone Deserves a Love Story

At the end of the day, everyone wants to snuggle up with their favorite blanket and watch the perfect holiday film composed of cheesy jokes, a kiss under the mistletoe, and perhaps a few tears shed. Why should the LGBTQ+ community be excluded from such a magical tradition with the holidays? Why, in the time of “progressive” activism, is there still a severe lack of quality representation on our screens? This author does not have all the answers, but hopes for a future where we can curl up with our partners- no matter their gender or sexuality- and enjoy a holiday classic where we truly see ourselves in every glance and thought. The queer community deserves an array of feel-good, family-friendly films that will inspire goodwill and cheer throughout the rest of the year, and those films should feel like coming home. Merry Queermas to all, and to all a good night.