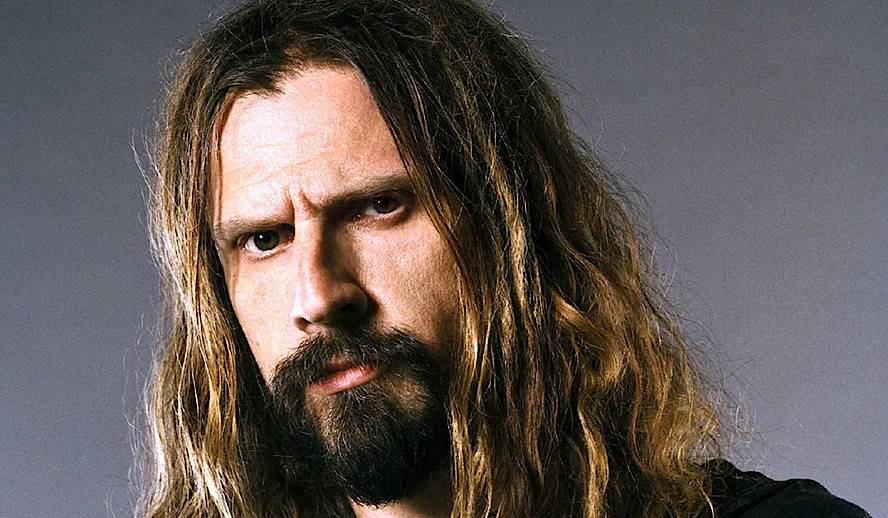 When you make films as gruesome and absurd as ‘House of 1000 Corpses’, or the controversial reimagining of John Carpenter’s horror classic, ‘Halloween’, you are bound to raise some eyebrows. Somewhat shunned from entering the ranks of well-known modern directors, Rob Zombie offers something truly unique to the Cinema with the committed grindhouse stylization and gritty visuals that wholly distinguishes him from the rest. Let’s explore some of the projects he has been involved in up until now, including his upcoming reboot of ‘The Munsters’, as well as the trademarks of his directorial style and what one can expect and appreciate when turning on a Rob Zombie film.

Though one might (reasonably) hypothesize that Rob Zombie (born Robert Cummings) was conjured up in a bubbling cauldron from a mixture of bat wings, fresh blood, and crude oil, he was actually born in as much mundanity as the rest of us: Massachusetts. In recollecting the shining Cinematic figures of his childhood – Alice Cooper, Bela Lugosi, Stan Lee – the pure foundation for his unfettered interest in the macabre becomes abundantly clear. While his peers were playing superheroes, Zombie was studying the elites; the source of his stage name “Rob Zombie”, would come from the 1932 Bela Lugosi horror film ‘White Zombie’.

Please sign the petition below – ‘RRR’ Must Receive Oscars’ Nominations

Not only is Zombie well-acquainted with the avenues of gritty, terrifying Cinema, but he is acclaimed as a punk musical artist. After co-founding the band – “White Zombie” (also from the Lugosi film) – with his then-girlfriend Sean Yseult, they would produce four studio albums with songs that reached varying levels of acclaim. Most notably, Zombie would be nominated for a Grammy for Best Metal Performance for a music collaboration with one of his aforementioned idols, Alice Cooper, titled ‘Hands of Death (Burn Baby Burn)’. Zombie would direct a number of music videos for the band before eventually endeavoring on his feature film debut in 2003, with ‘House of 1000 Corpses’.

Rob Zombie – The Macabre, the Man, and His Muse(s)

You can’t mention Rob without mentioning his eccentric and sylphlike muse: Sherri Moon Zombie. If you’ve watched a Rob Zombie film, you’ve undoubtedly watched Sherri Moon in some absurdly silly, relentlessly brutal role: she’s Baby Firefly in ‘House of 1000 Corpses’, ‘The Devil’s Rejects’, and ‘3 From Hell’. She’s a Salem witch descendant in ‘The Lords of Salem’. She’s Deborah Myers, mother of Michael Myers and Laurie Strode in his ‘Halloween’ remake. With a filmography of dark, lurid, and often silly films, wrought with sexual cruelty, dismembered flesh, and maniacal hillbillies – and with Sherri Moon happily taking up a role in nearly every one of them – it’s no stretch to say that this Gomez found his Morticia.

In fact, Zombie often chooses to work with the same ensemble of familiar actors who already have experiences working with him, such as Bill Moseley, Jeff Daniel Phillips, or the late, great Sid Haig. This makes sense: a distinctive, peculiar artist would certainly require equally as peculiar performers who understand his vision in order to properly convey whatever morbid tale he may be trying to tell. Also, Zombie does not edit out the slop, rather, he revels in it. His films are as bathed in blood, sweat, and dirt as the terrorized (or terrifying) characters that they follow. As is to be expected from the grindhouse genre, he finds raw fear in the gas station, the carnival, or along the interstate; the dirty, low-level minutiae of everyday life comes to a blinding and brutal (emphases on the brutal) fruition if you are unlucky enough to stumble upon a clan of Zombie antagonists. They stink and smoke and make you want to take a shower afterward. In recent years, mind-bending slow-burns have permeated the genre, with up-and-comers like Ari Aster or Robert Eggers bringing in a new era of horror fit for the standards of modern audiences.

While ‘Hereditary’, ‘Midsommar’, and ‘The Witch’ are all already marvels of Cinematic art despite all being less than a decade old, horror connoisseurs are far too quick to rank them over what they consider to be cheesier, less refined cult classics. More akin to the campy exploitation of the ’70s and ’80s, most of Zombie’s films tap into a pulsing reservoir of primal fear that lay dormant until violently prodded forth, gory brutality that is wrought with all of the intrinsic anxiety of being suddenly swept up in a group of savage strangers, of only realizing the depth of your discomfort until it is far too late to escape, and of raw, unadulterated distress. For those who can’t see the beauty in this, consider the infamous legacy of ‘Cannibal Holocaust’, ‘The Texas Chainsaw Massacre’, or ‘The Last House on the Left’. While deeply violent and exploitative in a number of ways, they are surreal, morbidly intriguing, and unequivocally horrifying as they blatantly ‘excel’ beyond the typical moral standards in scary movies, instead diving straight into the soft, scarred underbelly of humanity that even some of the greatest horror films never touch.

Herein lies the Cinematic significance of someone like Rob Zombie: who, outside of the realm of your evoked set of great directors, has penetrated the mainstream through stylistic controversy (the best kind of controversy, I think). Through a number of films, whether it be the independently crowdfunded “31” or his box-office success and graphic reimagining of John Carpenter’s horror masterpiece ‘Halloween’, Zombie has challenged public expectations and pushed boundaries that others dare not even consider. Though the legacies of artists like Wes Craven, Tobe Hooper, or even the famed Quentin Tarantino are oft-employed in discussions about grindhouse Cinema, Rob Zombie stands completely omitted from consideration if not totally forgotten all together. This article has been a concerted effort to change this narrative and to make the argument in establishing Zombie as one of the fringe leaders of raw, graphic horror cinema.

Audiences and fans can look forward to his next work, a reboot of ‘The Munsters’ that is currently still in pre-production and features a number of his familiar favorites like Sherri Moon Zombie, Jeff Daniel Phillips, and Daniel Roebuck. Given his experience with remakes and eccentric stylistic tendencies, I’m sure it will be everything that fans expect and much, much more.