Stop Laugh Tracks: Viewers Don’t Want to Be Told When to Laugh 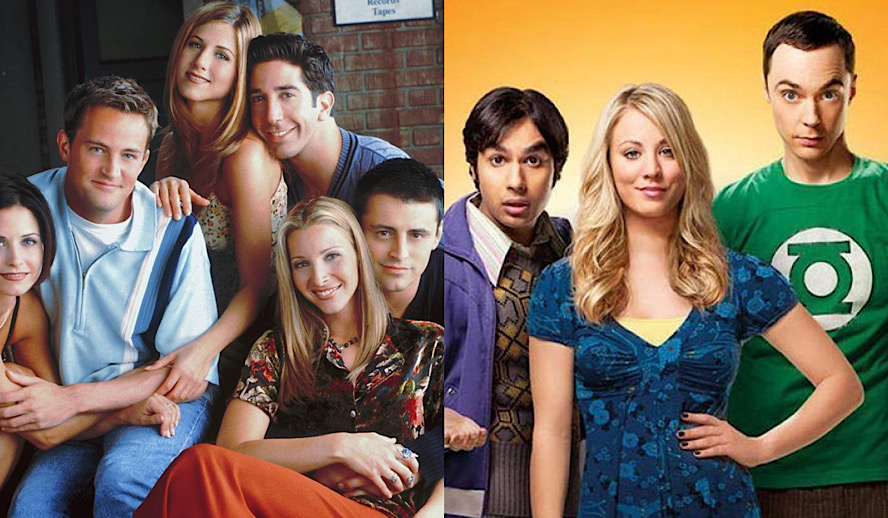 Laugh tracks have been attached to sitcoms since the dawn of the genre. I Love Lucy, the TV show that was so popular that it jump-started the trend of every American family owning a TV set, had a live audience at every taping. Lucille Ball and Desi Arnaz were stage performers before they were television actors and were used to having live audiences at every performance. And so a trend was born. Of course, some classic sitcoms as tied to the American identity as apple pie or Big Gulps have an audience or a laugh track laughing along in the background. From Cheers to Friends to The Big Bang Theory, the laugh track has become as much a part of American culture as the sitcom itself. Let’s be clear, I am in no way suggesting we should remove the laugh track from sitcom classics. However, I do believe that new shows should reconsider putting in a laugh track. Sitcoms without disembodied voices telling us when to laugh have started popping up in this new millennia and now, laugh tracks are going in the way of the VHS, Windows 95, and the Success Kid meme. They had their time, but now they’re obsolete.

Related article: ‘Friends The Official Cookbook’ with Hit Recipes from the Show – Could We BE More Excited?

Shows Can Be Funny Without Laugh Tracks

We’ve now seen the power of a sitcom minus the laugh track. Shows like The Office, The Good Place, and Modern Family have all proven that shows can be ridiculously hilarious without the audience being reminded of what parts are funny.  Complex published a list of the funniest shows of all time. There’s only one show on the list that premiered after Y2K that had a laugh track and said show, How I Met Your Mother, premiered 15 years ago. If you check out the list, you will see over half the shows are laugh track-less.

In addition, savvy YouTubers have produced videos that show us how unfunny a laugh track sitcom is without the laugh track. We’ve learned in this modern era that if a sitcom has an automated laugh track or even a live audience, it permits the writers to get lazy. And yet, we still have shows premiering like Bob <3 Abishola and Mr. Iglesias with laugh tracks. Yes, it’s nostalgic for the boomers in the audience who grew up with the laugh track. But they feel cheesy and lazy to audiences who have now seen how good a show can be without them. The younger generation is constantly growing while, and I’d hate to say it, the boomers and Gen-Xers are going in the way of Success Kid. So TV executives need to make more shows that cater to the younger crowd if they want to stay relevant and that means doing away with laugh cues.

A Comedian Plants Some Laughers in the Crowd…

Quick thought experiment: you’re going to a stand-up show of a new comedian who your friends assure you is hilarious, let’s call the comedian Mark. Mark has a sold-out show tonight with a crowd of 100 people. You find out that he planted 10 people in the crowd to make sure people laugh at his jokes. Would you be as confident in your friends’ suggestion that Mark is so funny and you’ll enjoy the show if Mark had to plant laughers in the crowd? Would you still want to go to the show? Any real comedian can get by without planting laughers. And it’s a major scandal in the world of comedy if word gets out that a comedian did just that. So why shouldn’t sitcoms be held up to the same standard? It’s scary to be a comedian. It’s just you up there against a crowd. It’s less scary to be a sitcom that has been screen-tested and approved for the pilot season with a whole cast and crew shouldering responsibility for it. You’d think sitcoms would be confident enough in their material to not need to “plant laughers.”

Remember when late-night shows started premiering without audiences after the start of the COVID-19 pandemic? It’s still hard to get used to and quarantine has been going on for several months. And that is why late night is the one type of comedic show I will grant a pass to. And, I know, this pass would theoretically invalidate my last point. But when you’re just one person making jokes at a screen for 30 minutes to an hour, it’s inherently awkward. Plus most of these late-night hosts started as comedians and are used to having live audiences. The same goes for daytime talk shows like Ellen.

But Actors Sometimes Need an Audience to Work

We need to return to the original reason I Love Lucy was filmed in front of a live audience: Arnaz and Ball were both used to having an audience. The theory is that an actor is fueled by a live audience. It gives them the energy they need while in front of the camera. But again, most of the funniest shows of the 21st century were filmed without an audience. A comedic actor can work without hearing the laughs. Plus, with some shows, the laughter is automated. So would it really be so hard for an actor to transition from a laugh track edited in post-production to no laugh?