One Year Until ‘Barbie’ Starring Margot Robbie And Ryan Gosling’s Ken Releases – What Can We Anticipate? 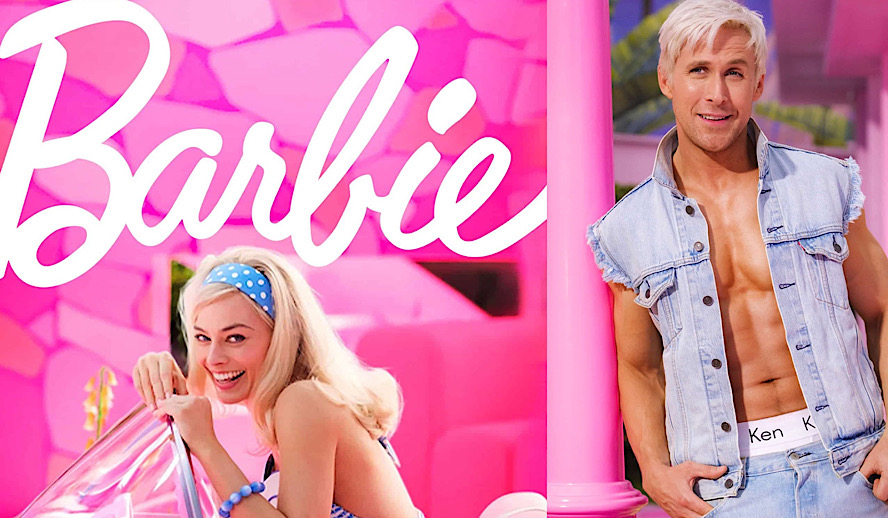 Barbie has been a classic property, as both a character and a doll, and now it’s her time to shine with a live-action adaptation. Though ‘Barbie’ isn’t set to release until July of 2023, the constant stream of casting decisions, set photos, and the newly released premise of the film have allowed audiences everywhere to bask in their excitement. Margot Robbie will take on the iconic titular role, while Ryan Gosling is slated to be her Ken. Greta Gerwig and her husband Noah Baumbach have written the screenplay, with Gerwig also directing. Gerwig is known for writing and directing 2017’s ‘Lady Bird’ and later adapting ‘Little Women’ based on the classic novel by Louisa May Alcott. Baumbach most recently wrote and directed the critically acclaimed film ‘Marriage Story.’ It appears that this film is in very capable hands.

Everyone’s raising the question of how these filmmakers will take what we all know and love about Barbie and place it in a live-action movie. It looks like this film will show the world that Barbie is more than just a doll with blonde hair and a preference for pink. There’s a lot to break down and theorize so let’s get into it!

The Barbie doll made her debut in 1959 and has only risen in popularity since. She was created by Ruth Handler, who co-founded Mattel, Inc. with her husband, Elliot Handler. The Handlers’ children were named Barbara and Ken, which inspired the names of the dolls. Over the years, Mattel, Inc. has produced numerous lines for the doll and has expanded her to other franchises and universes. The toy has faced many controversies over time, but it has continued to persevere as one of the most popular toys to ever exist. The name “Barbie” is instantly recognizable with the product, and the dolls have given little kids, as well as grown adults, lots to enjoy.

This upcoming film will not be Barbie’s first outing on a screen. The most recognizable products of Barbie’s media franchise are the animated films that have starred Barbie as the main character. These films generally took classic stories (i.e., Rapunzel, Swan Lake) and transformed them, or Barbie-fied them, to be more understandable and more appealing to fans of the doll. The best Barbie movie is arguably ‘Barbie as The Princess and the Pauper’ (if you haven’t seen it, go watch it now!). It has Martin Short voicing the villain and a complete soundtrack of songs written by Broadway composers. It’s impressive for a kids’ movie, and even more impressive in its ability to take a beloved doll and use her as the face of a classic story, all the while providing positive messages for its audience. Knowing the toy is capable of inspiring masterful stories leaves a lot of hope for this new adaptation.

So, we’ve got Margot Robbie as Barbie, Ryan Gosling as Ken, and the amazing Greta Gerwig writing and directing. Alas! There’s so much more. Will Ferrell is cast as the head of Mattel in this story. Additionally, there are intended to be multiple Barbies and Kens within this world. Issa Rae, who is known for being the executive producer and starring in her award-winning series, ‘Insecure’ will be playing another Barbie. Emma Mackey has always been noted for her similar appearance to Robbie, and is now in the film, presumably taking on a variant of Barbie. Mackey’s ‘Sex Education’ co-star, Ncuti Gatwa, has been listed as another Ken, along with Simu Liu who took the world by storm in his role as the Marvel superhero Shang-Chi in ‘Shang-Chi and the Legend of the Ten Rings.’ And the names just keep coming…

Michael Cera, America Ferrera, and Kate McKinnon are all on board. ‘Bridgerton’ star Nicola Coughlan and ‘Promising Young Woman’ writer and director Emerald Fennell will be bringing their charm to ‘Barbie.’ There are so many more names associated with this project. It feels like every day you can wake up, search the cast, and find a new addition you didn’t know was involved before – which only adds to the amount of excitement. It’ll be interesting to see how these brilliant actors will all contribute to the story, and how the script will handle such high expectations.

Every Plot Needs a Point

The basic premise that has been speculated is that Barbie and Ken will travel out of the utopian world of Barbieland and into the real world while being tracked down by Mattel’s CEO. The story is set to deal with the contrast of the perfection and idealism of a Barbie doll with the reality of the real world. I think the premise gives the right amount of room for pressing important messages and themes. Even if self-discovery isn’t a new concept in film, exploring it in this pink and bubbly world can put a spin on everything. It looks like ‘Barbie’ will ask the question of: what does it mean to be perfect? With Robbie’s Barbie leading the path of self-discovery and the beauty that comes from within. Margot Robbie is a phenomenal actress, most notably for her Oscar-nominated performances in ‘I, Tonya,’ and ‘Bombshell,’ and seeing her take on this nostalgic character will give Robbie yet another iconic performance to be talked about. With Robbie in the role, we can expect a nuanced performance and a new perspective for Barbie.

The doll has found many criticisms for her unrealistic body type and pressure for little girls to look as “perfect” as she does. Using this film to unlock that struggle and place Barbie as a role model could be beneficial because it is recognizing the potential for toxicity and moves toward a more positive outlook. Despite the criticisms, Barbie, or Barbara Millicent Roberts (her full name), has proven herself to be a positive role model. With multiple careers, from astronaut to veterinarian, and a strong stance to always be herself, Barbie is a character who has inspired little girls everywhere and can only continue to inspire. We’ll all have to wait a year to see how this highly anticipated film will play out, but you can’t make a masterpiece overnight.