‘Spycraft’: Netflix’s New Series about the Art of Espionage 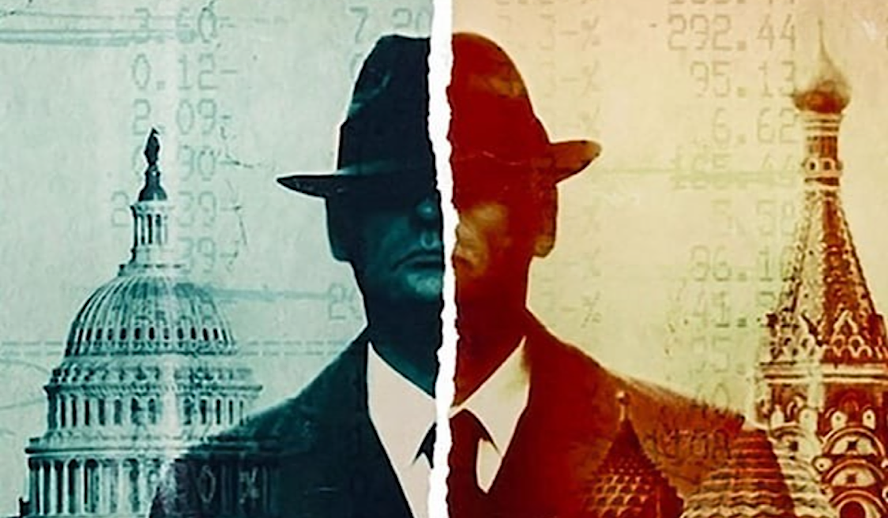 The Netflix home page has become the modern-day version of channel surfing. Before the streaming service became a household name, we would use that coveted remote to scroll through daytime soap operas, news channels, and whatever fascinating-sounding show they were airing on The Discovery Channel. Netflix’s new docuseries, ‘Spycraft’, feels as though it has been pulled right out of that final category.

The show consists of eight, dense, well-researched episodes that each focus on a different area in the craft of espionage. Detailing the years from World War I until today, the show is an engaging combination of expert interviews, reenactments, and archival footage all expertly cut to move the pace along without ever losing its audience.

Related article: James Bond Books and Movies: The Evolution of our Favourite Spy Since Ian Fleming

Media featuring spies emerged in the nineteenth century, beginning with the publication of James Fenimore Cooper’s ‘The Spy’ in 1821. The novel, which was based on real-life secret agent Harvey Birch, spurned a genre that gained popularity during World War I. We still engage with many classics of this era, notably John Buchan’s ‘The Thirty-Nine Steps’, which was later adapted into the Hitchcock classic and is still performed as a popular theatre production. The spy genre had an unsurprising resurgence with World War II, and continued to be popularised by two of the most famous spies of all time; Ian Fleming’s James Bond and John le Carré’s George Smiley.

The genre showed no signs of fading as we headed into the twenty-first century. ‘Tinker Tailor Soldier Spy’ was adapted into an Oscar-nominated film in 2011, while the newest addition to the James Bond franchise, ‘No Time to Die’, is scheduled for release this year. New additions have been added to the canon as well, including action films such as the Kingsman trilogy, ‘Atomic Blonde’, and the Bourne series, with more surely on their way. The tropes of subterfuge, disguises, and clever gadgets have captivated audiences of all ages and tastes, from ‘Spy Kids’ and ‘Alex Rider: Operation Stormbreaker’ for the younger generations, to the parodies of ‘Johnny English’, ‘Get Smart’, and the forever-groovy ‘Austin Powers’ franchise. However, as fun as these are, they are firmly in the realm of fiction. What about the real spies? How do they compare to the dashing heroes and heroines of the silver screen?

‘Spycraft’ – How the Real Spies Do Things

Netflix’s new docuseries ‘Spycraft’ delves into the craft of espionage, with each of the eight episodes focusing on a different area of expertise: surveillance, poisons, sex, information, communications, special ops, code-breaking, and recruitment. The sex and code-breaking episodes are particularly engaging, with the former detailing the stories of famous ‘honeypots’, including the Dutch exotic dancer Mata Hari, and the dashing and manipulative ‘Romeos’ that operated during the Cold War. The latter would seduce secretaries working in West Germany and convince them to hand over their employers’ secrets.

The seventh episode, ‘The Code Breakers’, has a distinctly Da Vinci Code feel to it, covering ground from the Jeffersonian Cypher Reel invented in 1795 to the invasive Stuxnet computer worm, which was uncovered in 2010. The final episode on recruitment is also worth a watch, as it breaks down the ‘MICE’ principle of choosing a spy: Money, Ideology, Compromise, and Ego. As the series states, it’s more effective to recruit a person in a useful position as a spy, as opposed to maneuvering a spy into a useful position. The episode provides a story for each of the four methods, including interviews with some of the subjects (mostly from behind bars). This season finale implies the fun game of “What would make you turn spy?”, asking the audience which of the four motivators would convince them to play for the other team.

Each episode is a plethora of information, interwoven with enough real stories to keep you engaged as they throw fact after fact at you. It teeters between being a historical series, weaving in tales from the wars of the twentieth century, and a modern, science-based one, showcasing the various tech we have in the modern-day and what uses our governments have for it. Each episode is extensively researched and requires your full attention to keep from getting lost. It’s interesting, but not the most fun documentary series in the world – and that’s perfectly ok. Not every docuseries has to be ‘Tiger King’, pandering to the largest audience possible with outlandish true stories and even more unbelievable characters. The series is there to educate, and it rewards your time and focus.

It rewards said time and focus by expanding your knowledge, giving you some fun facts to pull out at dinner parties, and pulling you away from your phone for four hours. But don’t let the use of second person in the trailer fool you; every spy technique listed in the series requires money, contacts, or technology the average person certainly won’t have access to. That said, if you enjoy writing about spies, or if it’s a genre you enjoy working or engaging with in other ways, there’s certainly much to be gained from this series.

The show knows who its audience is, and it’s The Discovery and History Channel regulars. The subject is primarily approached from a historical perspective, although it does focus on the present and future as well. We’re aware of how invasive our smartphones are, but this series serves as a solid reminder as to just how dangerous carrying a hackable device with all our personal information on it can be. It’s not preachy though – it knows its audience isn’t going to be dispensing with the convenience of the smartphone any time soon. It’s just giving us subtle reminders to reconsider the risks we’re taking, as that’s the subject it circles back to at the end of each episode.

If you’re looking to stack up on your historical anecdotes and engage your brain instead of rewatching ‘Schitt’s Creek’ for the twentieth time, this is the documentary series for you. The pace and editing are rapid, and it’s not going to give you any bathroom breaks, so put your phone across the room, make a martini (shaken, not stirred, of course), and strap in for a comprehensive rundown on the craft of being a spy.

‘Spycraft’ is now available to view on Netflix.