‘Anna’ – A Phenomenal Spy/Assassin Film with a Remarkable Female Lead 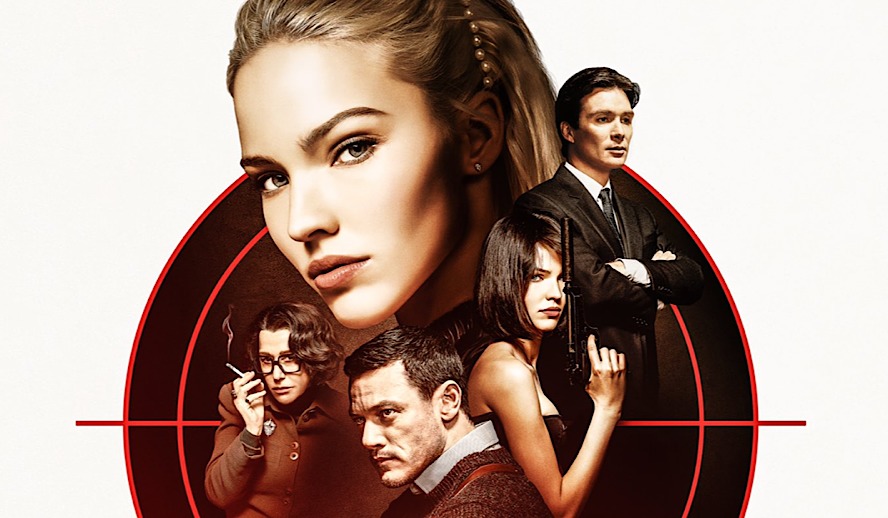 Following a Russian KGB agent completing missions to one day be free to live a life of her choosing, Anna is about an incredibly skilled woman who takes down target after target, never once fighting to demonstrate her skill or showcase her capabilities: everyone knows she is lethal.

It is refreshing and exciting to see such a well-rounded performance, by all the actors involved in this film, as well as the unique nature of the narrative structure. Action films so often fall into stale patterns that focus solely on male characters as well as simply displaying action sequence after action sequence with no true underlying plot motive to keep all of the characters in motion. Anna is a film that seems to have fallen under a lot of people’s radar, although I believe it deserves more recognition.

The credits of Anna are filled with known actors, although they are all in support of the main actress, Sasha Luss, a Russian model with only one prior screen credit to her name, Valerian and the City of a Thousand Planets. Perhaps due to the fact that she does not have a long filmography, Luss adds a more grounded approach to her character. Instead of constantly being a confident and kick-ass assassin, she shows a more real side to the character. This casting contrasts the casting in similar films such as Red Sparrow and Atomic Blonde. Choosing to add more star-power to the premise, Red Sparrow cast Jennifer Lawrence in the lead and Atomic Blonde cast Charlize Theron. While their performances are undoubtedly excellent and their sophistication as well as experience as actors is showcased—as well as the fact that the films received more press in part due to the stars attached to the projects—there is something refreshing about seeing a new face on the screen. Luss is truly able to become Anna in a way that no high-profile actor ever could, which allows audience members to truly become immersed in the film.

Luke Evans, Helen Mirren, and Cillian Murphy are also prominent characters in the film and bring gravitas to their roles as well as more well-rounded acting experience. Evan’s intense demeanor, Mirren’s unconcerned attitude, and Murphy’s calculated poise all contribute to the fast-moving plot as well as the development of Anna as the main character.

Any fan of action movies knows that many are filled to the brim with male characters, fighting off the bad guys with incredible skill before whisking away their female love-interest. There is an extreme lack of films with female protagonists and oftentimes when there are female leads, their “skills” are narrowed down to seduction. Incorporating lead female characters into male-centric spheres of the film is a very important way to change the narrative moving forward surrounding women’s capabilities and Anna does this spectacularly.

As a character, Anna herself is incredibly intelligent, scoring in the highest percentiles of all the tests the KGB gives her. Furthermore, she is skilled and strong enough to take down an entire room of people to get to her target as well as smart enough to think on her feet when things don’t go exactly as planned. No one ever questions her skills due to the fact that she is a woman, which is so often a plot point in films featuring a female lead. While it may seem as if the actions of other characters force her to adhere to a life that is not of her choosing, Anna proves to be a character full of surprises, fueled by the interesting time jumps the film goes through, slowly revealing the full story as the narrative progresses.

Instead of starting at the beginning of Anna’s story, we start right in the middle. This film provides an interesting narrative structure by skipping through time. While other films often follow a linear path, Anna does not, instead jumping from the present to flashbacks in seemingly random ways. Just when you least expect it, the plot follows twists and turns that propel the story in intriguing ways. By following a certain storyline before a big reveal and a flashback, the audience is kept on the edge of their seats throughout the film, consistently surprised by the unexpected events that occur.

While some may dislike the odd course this narrative takes, I thoroughly enjoyed the new approach to a common story archetype. There are so many action movies out there, all with their own unique twists to a story that, at its core, is mostly the same. One of the main things that makes this move stand out from other action films is the unconventional narrative structure.

Overall, Anna is a new take on a traditional action film, full of immense acting talent as well as intriguing plotlines. Any action movie fan is truly missing out by not seeing this film. Anna is currently available to stream on HBO Max.