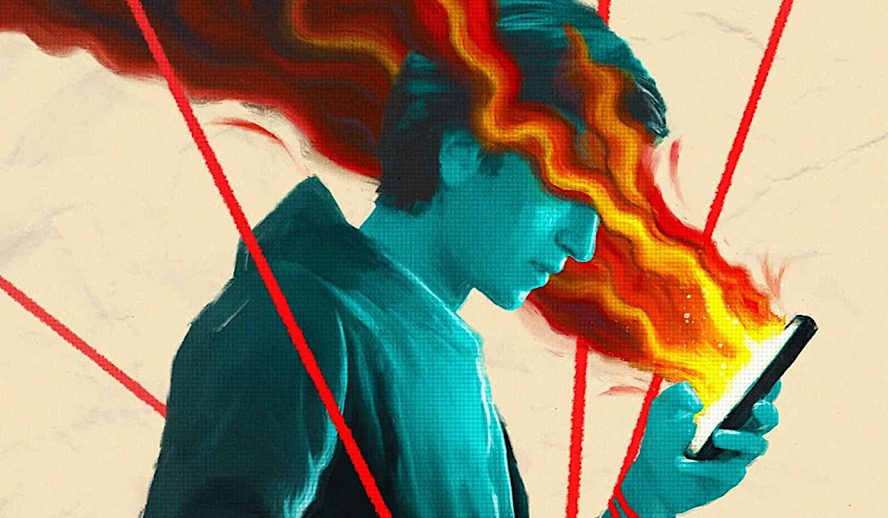 Social media is one of those things in life that we know has many downsides, but we can’t resist using it anyway. We all know that it can be addictive, especially for the younger generation. The Social Dilemma, a new Netflix documentary, explains this on a deeper level. With several former tech industry executives as interviewees, we get an inside look at how the industry managed to essentially take over the world with sites like Facebook, which was originally meant to be a campus website for Harvard University.

A couple of quotes, from the film, have stuck with me. One of them is “only two businesses call their customers ‘users’, the drug industry and the tech industry.” The other one is “if you don’t have to pay for the product, then you are the product.” I never thought of it this way, but both industries profit off of the customer’s addiction. The tech industry is just less straightforward about it. Also, instead of us paying the social media sites to use their service, they’re the ones selling our attention to advertisers.

Related article: Social Media’s Immense Power On Hollywood: How the Pushback from Fans over Sonic the Hedgehog’s Appearance Prompted a Complete Overhaul

While it may not cost any money to sign up for Facebook, Instagram, or Twitter, it takes away our time and attention span. If you go out in public, you will always see people with their faces in their phones, especially young people. According to abcnews.com, teenagers in the U.S. are spending seven hours a day on average using their phones. One of the interviewees said it best “there’s only two options, checking your phone before you pee in the morning or while you pee.” Whether we like it or not, the addictiveness of social media and smartphones, in general, takes time away that we could be spending on other aspects of life.

The other part of this issue that the film notes is how they keep track of every user. Each site saves data about the user’s online activities, such as what types of pictures they like and how much time they spend looking at each one. They sell this information to advertisers so that they know who is more likely to buy their products. For example, I’ve had Chipotle ads pop up on my Instagram feed after I order from their website. It’s all about getting as much of our attention as possible so that we buy more products and keep their businesses going. In turn, we get nothing except meaningless likes and followers.

One of the interviewees made a comparison to the 1998 film The Truman Show, starring Jim Carrey. In that film, Carrey is unknowingly trapped inside of a TV show, but he thinks it’s real life. The interviewee said that Carrey’s character is basically all of us in real life. We all have strangers spying on us through our phone screens, watching our every move in an attempt to make more money. Privacy is dead, and we are all subject to this reality whether we like it or not. The worst part is that not everyone is in the know about this. In order for us to solve the problem, there must be widespread awareness, or the general public will keep being oppressed by these companies.

The film is brutally honest

I can’t help but appreciate the honesty of the former executives. They all admitted that social media was not originally meant to be what it is today. For example, one of the former Facebook executives explained how the like button was meant to spread love in the world. Now, many kids base their self worth on things like how many likes they get when they post a selfie, which can lead to depression and other mental health problems. What really struck me was when they said how they themselves even got addicted to their own websites. To paraphrase, one of the former Pinterest executives said “even though I knew what was going on behind the curtain, I was still addicted to the site I helped create. Instead of giving love and attention to my kids, I’d be hiding in the pantry checking my phone.” The sites that these people created are so addictive, that they couldn’t even resist them themselves. How crazy is that?

At the very end, one of the former Twitter executives said he doesn’t even let his kids use social media. It’s a pretty damning indictment when the former employees speak this way about it. Now that they aren’t paid representatives of these companies, they have no obligation to protect them and hide the ugly truth. While social media may not have been originally intended to be nefarious and deceitful to the general public, that’s what it is now. You probably didn’t think about being spied on when you signed up for a free account, but that’s what’s happening.

All is not lost

It may seem like an impossible task to change and regulate social media, but the first step is awareness. In the end, the film emphasizes how it’s important to have open and honest conversations about the topic. One of the interviewees said, “if you ask your kids how much time they think they should spend on their phones, they’ll often give a reasonable answer.” If the general public educates themselves and commits themselves to moderate use of smartphones and social media, then we’ll be on the right track.

It won’t be a quick process, but that’s okay. It all starts with baby steps. One of the experts said “one way to fight back against the spying is to never click on a recommended YouTube video. Always search it up yourself.” It’s not like we have to ax the use of modern technology, we just have to improve the way we do use it. Don’t overuse it, and try your best not to feed into the algorithms that help the companies spy on you (YouTube algorithms, for example). Keep researching and being skeptical. At the end of the day, that’s what will keep us from becoming more zombified than we already are.