‘The Tinder Swindler’: An Unnerving Reminder of How Far Deception Can Go 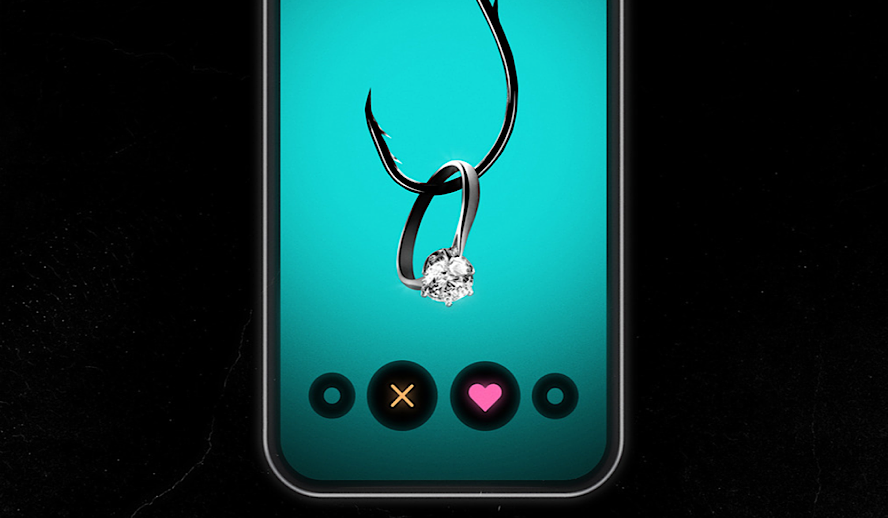 ‘The Tinder Swindler’ – A World of Scammers

It’s no secret that the world is full of people who are morally bankrupt, people who go out of their way to take advantage of, hurt, and even kill others for their own personal, twisted gain. While crime exists in all shapes and forms, let’s take a moment to focus on one specific type: the scam. Since as far back as the dawn of time, there’ve existed people who love to do little more than scam others. Whether it’s through the Internet, over the phone, or simply one person building up another’s trust over time until they pick the perfect moment to strike, scammers and con artists have always been around.

Netflix’s latest true-crime documentary, ‘The Tinder Swindler’, perfectly encapsulates how dangerous the online world can be when it comes to this particular type of person; if you ever meet and befriend someone online, be very, very careful with how far you’re willing to go for them, because even if they seem like the ideal mate for you, even if they seem like the nicest, most wholesome person you could ever hope to meet, there’s always a chance that they’re not the person you think they are.

‘The Tinder Swindler’ is the directorial debut of Felicity Morris, who’s best known for previously producing the Emmy award-winning documentary series, ‘Don’t F**k with Cats: Hunting an Internet Killer’, which is also available to stream on Netflix. ‘The Tinder Swindler’, which just debuted on the streaming platform, tells the story of three different women, Cecilie Fjellhoy, Ayleen Charlotte, and Pernilla Sjoholm, who all fell victim to a man they met on the dating app Tinder named Simon Leviev. The Israeli man posed as the son of a billionaire in order to win over his victims, before staging a series of incidents in which he was able to trick them into handing over obscene amounts of money. The film is told largely through interviews of the three women, who each detail their experiences with Leviev.

Getting the Point Across

‘The Tinder Swindler’ is, simply put, a very frightening and disheartening documentary that perfectly explores how heartless, deceitful, and downright dangerous people are willing to be if it means being able to con the people they meet. The fact that Simon Leviev was able to go to such ambitious lengths to successfully fool three different people is nothing short of alarming, especially when his true colors are eventually put on display. The film itself is also fairly well made, being both engaging and tense as we see just how much Leviev has affected the three women he’s scammed. For instance, there’s a lot of build-up when the first interviewee, Cecilie Fjellhoy, details her story.

The audience is put right into her shoes, with beautiful, whimsical music playing as she talks about how important the feeling of love is to her, up to when she meets the man of her dreams. While this would normally be very touching, the context of the sequence gives it a natural sense of underlying dread. Regardless if you’re already familiar with the story or not, the mere knowledge that this is a documentary called ‘The Tinder Swindler’ (in conjunction with the foreboding prologue the film starts out with) makes it obvious that this is not the heartwarming story of a woman falling in love with the planet’s nicest billionaire, and that things are about to go south very quickly. The rest of the film further explores Leviev’s trickery and how his victims respond.

However, as effective as ‘The Tinder Swindler’ is, there are a few technical aspects holding it back from being a perfect documentary. Being just six minutes short of two hours, the film does have a tendency to feel a little excessive in its length. If the film were just a bit shorter, the more dramatic moments may have had a bit more of an impact, and it would’ve been a bit easier to follow the story as it unfolds. Another aspect is the lack of a proper introduction for the three women interviewed.

There’s no onscreen text to indicate their names or occupations, which in conjunction with the lack of narration makes it a little difficult to keep track of who’s who at points. Still, it is worth keeping in mind that this is Felicity Morris’ first film, and it’s a film that is indeed well produced despite its shortcomings. The fact that Felicity was able to tell such a powerful story right out of the gate is something that should be respected, and I personally look forward to seeing what future issues she chooses to tackle next.

While not a flawless documentary, to say that ‘The Tinder Swindler’ gets its point across well would be an understatement. While the simple message of “be careful who you trust online” is a no-brainer, this film goes in-depth on the issue, and manages to prove that no matter how far in your relationship you are with the person you’ve fallen in love with, especially if you first met them online, the simple matter is that they can’t always be trusted. Unfortunately, the three of Simon Leviev’s victims had to learn this the hard way.

Despite being all about the dangers of online social interactions, this film never feels like it’s pushing an “anti-Tinder” ideology, though some people are doubtlessly going to be turned off from the app after watching this documentary. This film clearly recognizes that it’s not Tinder’s fault, and that it’s just in human nature for certain people to take advantage of it in the way that Leviev did. Rather, the film is a mere cautionary tale, one that works surprisingly well even for those well-versed in online safety.

The simple fact of the matter is that scammers always have and always will exist, and nothing will truly change that, but movies like these are important regardless; when a story with this much weight is shared with a large audience, it can encourage more people to take extra precautions when interacting with people online. It’s all too possible to underestimate the lengths some people are willing to go to manipulate those with their guard down, and Leviev is one of countless people who sadly use their smarts for nefarious purposes. Even sadder is the reality that bringing such people to justice won’t always be easy, if actually possible at all. If you’re a Netflix subscriber who’s also an avid social media user, ‘The Tinder Swindler’ is more than worthy of a watch.