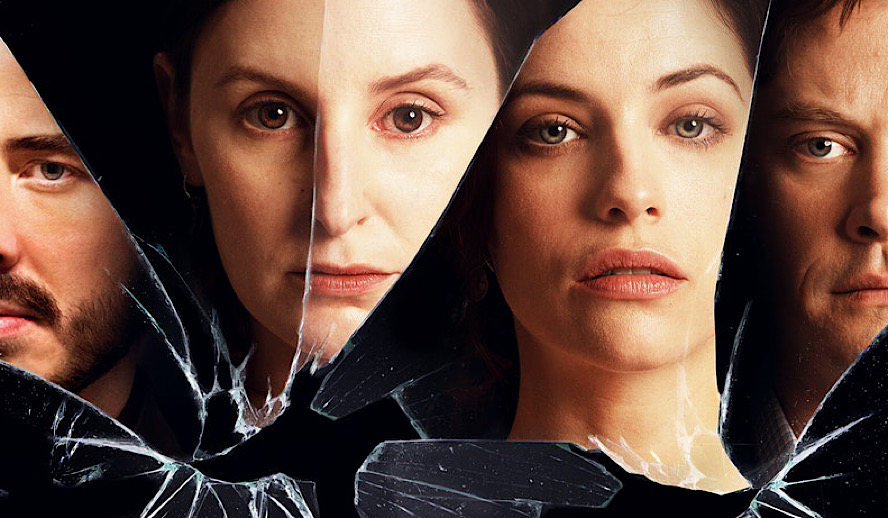 Photo: ‘The Secrets She Keeps’/Netflix

I’ve been jonesing for a good psychological thriller series to sink my teeth into ever since ‘Big Little Lies’ wrapped up after its short two-season stint. I was excited and intrigued once I heard of the Australian mini-series ‘The Secrets She Keeps’ (based on the book of the same title written by Michael Robotham) which would finally be making its appearance on American television.

What sounds like a very subtle plotline: two pregnant women bonding in the middle of a supermarket in a quiet Sydney suburb about their nearly identical due dates, quickly turns sinister when a tragedy occurs which in my eyes is the perfect recipe for an incredibly binge-worthy series. This show is made up of two female counterparts who had me hooked by the end of the very first episode. This show is equally heart-wrenching, suspenseful, chaotic, downright maddening, and worth every minute of your precious time, as I am here to prove.

What makes this show work so perfectly is the contrast of its’ two lead characters. The effortlessly beautiful mother of two Meghan (Jessica De Gouw) is pregnant with her third child, the “oops baby” as she called it, as she and her husband Jack (Michael Dorman, ‘The Invisible Man’) weren’t planning on another baby. With a hard-working husband, two healthy children, and a rather large following on her parenting blog and social media accounts, all aspects of her life seem truly entrancing, especially to onlookers who have been watching Meghan’s life from afar. Meghan is everything that Agatha (Laura Carmichael) wishes she could be. On the contrary, Agatha’s life is anything but glamorous considering she works as a shelf stocker at the local supermarket that Meghan frequents, and can’t help but admire her grace any time she is there shopping.

Agatha is also pregnant and returns from the market every day to the dingy apartment she calls home. She finally addresses her baby daddy over Skype, who happens to be a sailor stationed overseas, that she is seven months pregnant with his child, which he understandably doesn’t take all that well. To add to the drama, viewers discover that Agatha is nearing the anniversary of her last baby’s death whom she lost at 32 weeks after years of attempted IVF treatments. So while Meghan’s baby is an oops, Agatha’s is a miracle. Agatha eventually musters up the courage to speak to Meghan one day in the supermarket. The two women share that their babies are due around the same time and bond over the notion of motherhood.

The series takes a turn once it is revealed that Agatha’s pregnancy was fake, and tensions continue to rise after the kidnapping of Meghan’s newborn baby just hours after delivering him. The desperation and obsession Agatha has with Meghan leaves audiences to jump to conclusions as to who exactly kidnapped Meghan’s baby, but there is so much more to the story that you’ll only ever get to the bottom of by watching the six-part series.

As mentioned previously, this Australian series is based on a novel of the same name written by Australian author Michael Robotham. He is no stranger to skin-crawling and page-turning psychological thrillers and dramas as he has a long list of novels under his belt. The novelist also lent his writing talents to the screenplay of this six-part series. The show originally premiered on Network Ten in Australia nearly a year ago.

It later premiered on the Sundance Now Channel in America in the summer of 2020 before finally finding its home on AMC with its recent premiere on April 19, 2021. Renowned horror author Stephen King even had high remarks for the author and ‘The Secrets She Keeps’, “Two terrific female characters, both with secrets. Add Michael Robotham’s clean prose and whipcrack pacing. The result? A book you won’t be able to put down, although you may occasionally want to hide your eyes”.

What fans of the book and series may not know however is that ‘The Secrets She Keeps’ was based on a true story. Robotham was working as a journalist in London in the 90’s when the news story of a missing newborn broke. Newborn baby Abbie Humphries was kidnapped from the hospital by another woman disguised as a nurse. The kidnapper walked into the hospital room and confronted Abbie’s father saying the baby needed to be taken for a routine hearing test. Without thinking twice, he handed the baby over to the woman who then walked out of the hospital with the baby in her arms.

Abbie was missing for seventeen days before authorities found her in a home only a couple of miles away from the abduction site. The abductor had recently been broken up with by her boyfriend, so she lied about being pregnant and subsequently stole a child to justify her deceit. Robotham obviously changed several variables from the true story to the one he created in the show, but it is fascinating to delve into what created this story, to begin with.

The Actresses That Lead ‘The Secret She Keeps’

The actresses behind Meghan (Jessica De Gouw) and Agatha (Laura Carmichael) are no strangers to the screen. De Gouw has appeared on several renowned TV shows such as DC Comics’ ‘Pennyworth’, and ‘The Crown’ while Carmichael is recognized for her continuous work on ‘Downton Abbey’. The Daily Echo spoke to both actresses on their challenging opposing roles. When speaking on Carmichael’s character, the actress recalls diving into the work needed to play the role of Agatha, “Unlike lots of thrillers it really focuses on her emotional journey. So you understood the trauma that she’s been through and what has led her to where she is.

It felt very unique of this genre to have this about two women and their desires to be mothers, and the need to be the perfect mum and how that flipped into being something quite dangerous.” De Gouw continued the conversation when asked what drew her to the project in which she answered the fact that the scripts were female-centric and led, “It just felt like it would be a really great experience and a real challenge as an actor, in terms of the breadth of the emotion. Plus this sort of domestic noir is a really good escapist TV drama; these lives are not my own, but you can see yourself in these worlds in some way, without it being too overwhelming.”

‘The Secret She Keeps’ is now available to stream on AMC or Amazon Prime Video with a subscription to AMC+.