The Rise and Journey of Bella Thorne: This Disney Darling Turned Fearless Woman Creates Her Own Throne 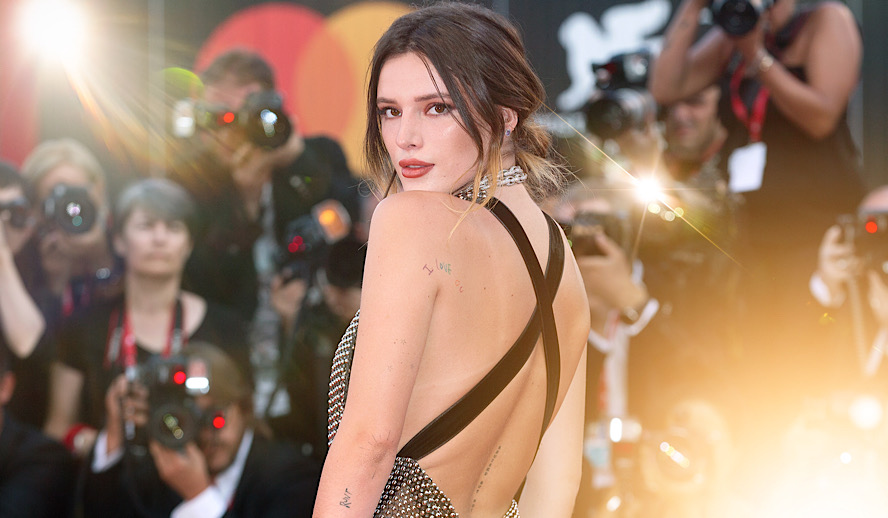 Twenty-three-year-old actress, singer, director, producer, and entrepreneur Bella Thorne is certainly not the cutesy Disney Channel actress she once used to be known for. In fact, she is an absolute force to be reckoned with as she continuously dominates the entertainment industry. It’s no secret that breaking out of the Disney mold was difficult, and it admittedly took her a very long time to pursue the projects she actually was interested in.

However, nearly eight years after her stint at Disney concluded, she has become the driven and money-hungry young woman the world now sees her as. Continue reading to see how Bella Thorne’s career evolved throughout her adolescent years.

Related article: The Rise And Journey of Dylan O’Brien: A Superstar In the Making

While many may recognize the fiery redheaded actress from her starring role in Disney Channel’s ‘Shake it Up’ alongside Zendaya, you may not realize that Thorne has been in the entertainment industry from an incredibly young age. In fact, she was just six weeks old when she shot her very first print campaign. As a child, Thorne had an excessively successful modeling career before she tested the waters in film and television. She was the face of many major campaigns for Zara, Tommy Hilfiger, Guess, Ralph Lauren, and Target to name a few. In 2003 she booked a small role in her first feature film which kickstarted her on-screen career which eventually led her to her very own Disney show in 2009.

In recent years, however, Thorne opened up in a podcast with MTV ‘Happy Sad Confused’  with a behind-the-scenes experience on what it was like taking on that role. At the time, her single mother was struggling to raise four children in Los Angeles after her husband, Thorne’s father, tragically passed away in a motorcycle accident. Bella admitted that she never even wanted to audition for the Disney show, but her family was on the brink of homelessness. They were completely dependent on Bella’s career to keep them off the streets. In her audition for ‘Shake it Up’ (based on two teenagers who are background dancers on their local dance show), Thorne shared with casting she had no previous dance experience which was needed for the role, but that didn’t seem to matter seeing that she landed the part anyways.

Before filming her first season, Bella took several dance classes a day to fit the role. ‘Shake it Up’ ran three seasons before it was canceled in 2013. Thorne struggled to find her next acting job as she was consequently typecast as a Disney kid. When she was lucky enough to book a project she continuously was cast as the cookie-cutter girl next door type in films such as Adam Sandler’s ‘Blended’, the family-friendly film ‘Alexander and the Terrible, Horrible, No Good, Very Bad Day’, alongside Jennifer Garner and Steve Carell, as well as Mae Whitman’s teen comedy ‘The DUFF’. Breaking the “Disney curse” as Thorne called it, was anything but easy.

After having her stint as the whimsical auburn girl next door, she began consciously straying away from those youthful roles by navigating her career in an edgier and more mature direction. With several movies in the bag, she returned to television in the starring role of Paige Townsen on Freeform’s ‘Famous in Love’ based on the novel written by Rebecca Serle of the same name. In 2017 she played Holly Viola in Netflix’s twisted nightmarish drama flick ‘You Get Me’ where Thorne played an unstable obsessive high school student who becomes infatuated with a guy at her new high school after a wild one nightstand. She also served as an executive producer on the film which kickstarted her work behind the camera lens.

Now in her 20’s Thorne has capitalized on the fact that her fans are no longer children, and she could take on more risqué and challenging roles without having to worry about tainting her bubblegum image. Around 2018 she retired her auburn locks for a deep funky blue hue, around the same time she leant her acting chops to Sam Levinson’s (‘Euphoria’, ‘Malcolm and Marie’) violent drama ‘Assassination Nation’, (which also happens to be one of my favorite projects Bella has been attached to) that premiered at Sundance. With colorful eyeliner rimming her eyes, a septum piercing decorating her face, and respectable projects under her belt, she was ready to expel her “Disney curse” for good.

In her attempts to re-brand herself, Bella dreamt bigger beyond the opportunities that were being offered to her on-screen. Thorne has recently proved herself to be quite the business mogul taking on other endeavors besides acting. In a short documentary with Vogue, she expressed that social media is essentially an additional full-time job for her. For instance, on Bella’s Instagram feed, users will often see paid partnered posts where she collaborates with a number of different brands and companies. She photographs content with/for a company’s product, which creates a significant amount of exposure for said company, given Thorne’s 24.4 million followers on Instagram alone.

However, she charges a pretty penny for these collaborations, $65,000 to be exact, for a single post to her Instagram feed while a story post ranges anywhere from ten to twenty grand. She also launched her own record label, Filthy Fangs, where she has since started working on her debut album. She continues to release often raunchy singles with equally risqué and boundary-pushing music videos to follow, all of which she directs herself. She also became the first user on the popular photo-sharing site OnlyFans to make $1 million dollars in a single day after joining the platform and $2 million after an entire week. Needless to say, Thorne has revenue coming in from all different directions and is never afraid to branch out and try a new business opportunity.

While oftentimes, Thorne’s name is dowsed on media sites and tabloids for her crazy behavior and racy tendencies, it’s impossible not to realize how far she has come from her Disney days and it’s easy to admire her determination to succeed. Thorne has already made tremendous strides in her career both on and off the screen, not to mention her several successful side-hustles she continues to pursue. Bella Thorne is certainly one to watch as she continues her path to prosperity.

You can catch Bella on her latest project release ‘Paradise City’ which premiered on Amazon Prime.

Look out for her upcoming projects: ‘Masquerade’, ‘Time Is Up’, and ‘Measure of Revenge’ coming soon.