A Tribute | The Evolution of the Safdie Brothers: From A Basketball Documentary to ‘Uncut Gems’ 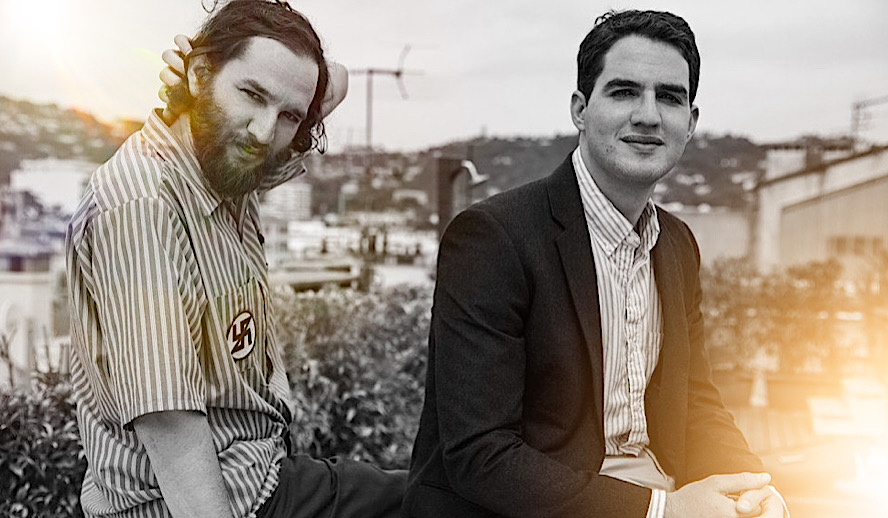 The Safdie Brothers, Josh and Benny, are New York natives, and from watching their films, you’d probably be able to guess that. Every single one of the Safdie Brothers’ six feature films takes place in New York City, and that’s only the start of the similarities between them. Though unassuming at first, the Safdie Brothers have organized one of the most successful underground filmmakers come-ups of the 2010s. First appearing on the scene with ‘The Pleasure of Being Robbed’, the Safdies have and continue to use film festivals as their main way of gaining notoriety. Let’s take a look at their filmography to see the rise of the Safdie Brothers and find out what they’re planning next.

The Safdie Brothers’ first feature-length film, ‘The Pleasure of Being Robbed’, follows a kleptomaniac named Eleonore as she makes her way through New York City. The film originated from an offer from Kate Spade Handbags, when the company approached Josh Safdie to make a short film featuring their bags. Eventually, the film grew and became their first official feature. In it, they begin to explore themes like crime and gritty realism set in the background of New York City; all of which are aspects that drive their later work.

When it first premiered, this film garnered critical attention at festivals like South By Southwest and Cannes, which eventually led to a distribution deal with IFC Films. Despite this, ‘The Pleasure of Being Robbed’ screened at only five festivals total and received generally negative reviews from critics. All in all, the distribution deal with IFC presumably opened a network of industry professionals to the Safdie Brothers.

Their next film, ‘Daddy Longlegs’, follows a single father who is with his children for two weeks out of the year as he struggles with balancing the desire to be friends with his kids and the need to be a responsible parent. The film once again takes place in New York City. It has all the trappings of a Safdie Brothers’ film, including many shaky close-up shots, gritty realism, and petty crime. It also features a variety of non-actors, an unpopular casting decision that seems to follow the Safdie Brothers from film to film.

‘Daddy Longlegs’ is also more realistic than ‘The Pleasure of Being Robbed’ due to the script being rooted in the Safdies’ own experience growing up with divorced parents in New York. Similar to their first feature, ‘Daddy Longlegs’ premiered at the Cannes Film Festival and was subsequently featured in nine festivals total. It won four different awards, including the John Cassavetes Award at the Film Independent Spirit Awards. Clearly, with this film, the Safdie Brothers were beginning to find their rhythm and define themselves as filmmakers.

Basketball Documentary: A Film Of Opportunity

Their next film, ‘Lenny Cooke’, seems startingly out-of-character in the Safdie Brothers’ filmography, as it’s a documentary focusing on a high school basketball player named Lenny Cooke. Adam Shopkorn actually approached the Safdie Brothers about the footage he hadn’t used from a failed early 2000s basketball documentary. The footage featured Lenny Cooke, who the brothers then decided to track down and film for three more years. Thus, ‘Lenny Cooke’ was born.

This film seems to have found its way through a combination of serendipity and the Safdies’ love of sports, specifically basketball. This film was made as a passion project. It screened at the Tribeca Film Festival and was nominated for an award through Black Reel Awards, but that was pretty much it. It received favorable reviews from critics, and currently has a rating of 82% on Rotten Tomatoes. Though this film contains several common Safdie stylistic choices, such as New York, shaky close-ups, etc., it fails to capture the essence of the Safdies’ writing and story.

Their next film, however, ‘Heaven Knows What’ is where they really find their niche. ‘Heaven Knows What is based on an unpublished memoir by Arielle Holmes, who also happens to star in the movie. It revolves around drug-addict Harley and her antics with boyfriend Ilya around New York City. If the Safdie Brothers ever had a big break, it would be this movie. It features all of the stylistic elements that would go on to appear in both ‘Good Time’ and ‘Uncut Gems’, including their first ventures into the neon-noir genre. It is more graphic than their other films, dealing with difficult issues such as drug addiction, death, and suicide.

It also advances their technique stylistically through the incorporation of the neon-noir aesthetic while still maintaining the defining features of their early work, like shaky close-ups. Their daring descent into the world of crime-thrillers was met with glowing reviews from the masses and critics alike. ‘Heaven Knows What’ screened at over ten festivals and received awards from five of those. Most importantly though, the film caught the attention of actor Robert Pattinson, who famously “begged” the Safdies to star in their next film. So yeah, ‘Heaven Knows What’ catalyzed the Safdie Brothers’ ascension into the spotlight.

‘Uncut Gems’ was actually supposed to be the Safdies’ next project, but after receiving an email from Robert Pattinson, they decided to put it on hold to make ‘Good Time’. This gritty crime-thriller is the first film in the brothers’ filmography to truly envelope all aspects of a Safdie Brothers’ film. It is dark in theme and narrative, as well as aesthetic. Much of the film takes place at night, allowing them to fully experiment with the neon-noir style in their hometown, New York City. When matched to a soundtrack filled with fast-paced techno beats from musician Daniel Lopatin, the brothers are finally able to create a well-rounded portrait of anxiety.

Coupled with the star power of Robert Pattinson in a role typically outside his comfort zone, this film cleaned house at festivals. It screened in countless industry circles, most notably Cannes, and was nominated for a whopping forty-seven awards. If ‘Heaven Knows What’ put them on the map, ‘Good Time’ catapulted the Safdies into prominence. They became a well-known name in the independent filmmaking world; however, they still lacked attention from a mainstream audience.

Enter: ‘Uncut Gems’. The Safdies actually came up with the idea for ‘Uncut Gems’ in 2009 and even sent a copy of the script to Adam Sandler’s manager. The script was rejected, but the brothers continued to edit it and, in 2016, they finally got the project rolling. Once again, they escalated the violence and approached the story with their award-winning aesthetic. Much of the cinematography takes direct influence from ‘Good Time’ and expands on the neon-noir style.

Related article: The Prestigious Who’s Who List of Auteur Directors: How to Become A Film Genius

With the inclusion of Adam Sandler, especially in an unconventional role, the film attracted widespread attention from mainstream audiences. Though it lacked a nomination from the Academy in the famous “Adam Sandler Oscar snub” last year, it still ended up being nominated for a total of seventy-six different awards. If ‘Good Time’ brought the Safdies prominence, ‘Uncut Gems’ thrust them into the spotlight of a mainstream audience.

What’s Next For The Safdies?

The biggest question that remains is: now that the Safdie Brothers have become a household name, what will they do next? Well, in March of 2020, they signed a two-year distribution deal with HBO, meaning that their expansion could continue to television. They are also set to direct an upcoming remake of the film ‘48 Hrs.’, with Josh Safdie co-writing the script. Ultimately, I’m excited to see if the Safdies maintain the aesthetic that they’ve gotten so comfortable with, in films like ‘Heaven Knows What’ and ‘Uncut Gems’, or if they branch off into a different genre that brings new challenges with it.