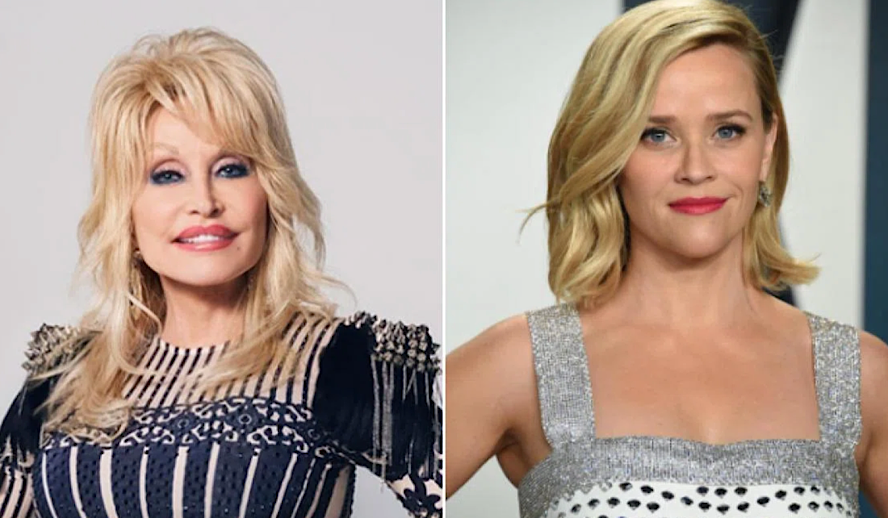 In August of 2021, Parton announced her partnership with thriller writer James Patterson, author of the Alex Cross, NYPD Red, and Women’s Murder Club series. As a long-time fan, Parton was ecstatic to collaborate with him. “James came to me!” she told People magazine, “I love James Patterson, I’ve read everything he’s ever written!”

Although Parton has already published several books – including her autobiography My Life and Other Unfinished Business, children’s books Coat of Many Colors and I am A Rainbow, and her University of Tennessee speech expansion Dream More: Celebrate the Dreamer in You – she had never taken on the world of novels. When the two creatives came together to discuss their project, Parton went to what she knows best: songwriting. “The best way I can contribute is to write songs… I’d start sending the lyrics to the songs to [him]… so he would then expand the characters through my lyrics, and then he would write some of the lyrics in the book… it was just a wonderful way that we worked.”

The book, released in March of 2022, was accompanied by a Dolly album of the same name, featuring the very songs that inspired the debut novel. The book became a New York Times best-seller and the album topped the Billboard Country charts.

According to their publisher Little, Brown and Company, Run, Rose, Run is “From America’s most beloved superstar and its greatest storyteller—a thriller about a young singer-songwriter on the rise and on the run, and determined to do whatever it takes to survive.” International versions are being sold, and the book is available where fine books are sold.

And for Dolly’s first novel, the reviews have been mostly positive from her fans! On goodreads.com, the book has a 4.19/5 with over 7,000 ratings and 921 reviews, and a 4.5/5 on amazon.com with over 5,000 ratings. And one of those fans is none other than the internationally adored Reese Witherspoon.

I found out the news from a photo on Witherspoon’s Instagram only two weeks after the book’s release. “Dreams really do come true!” Witherspoon wrote, posing with the novel, “I could not be happier to share that @HelloSunshine is adapting #RunRoseRun by @DollyParton and @jamespattersonbooks into a movie! I’m so grateful to Dolly & James for trusting us with their vision to bring this special story to life.”

This collaboration would not be possible, however, without Witherspoon’s incredible history behind the scenes of film production: In 2000, she founded Type A Films, a media production company that has since become Pacific Standard, which is now a subsidiary of her company Hello Sunshine. Her goal since Type A Films has been to produce work that focuses on “telling female-driven stories on film TV and digital platforms,” a goal she has very much been able to reach!

Aside from Run, Rose, Run, Hello Sunshine has several woman-centric movies in pre-production, including film adaptations of The Gilded Years (to star Zendaya) and Eleanor Oliphant is Completely Fine, and the long-awaited and highly-anticipated sequel ‘Legally Blonde 3’.

Dolly Parton to Star in Her Own Movie!

And if it couldn’t get any better, Dolly Parton herself will be starring in her novel’s film adaptation. I. Am. Screaming. We haven’t gotten Ms. Parton in a lead role since ‘Joyful Noise’ where she played opposite Queen Latifah. And, in my opinion, we haven’t gotten her in a good leading role since the 90s!

In a recent interview with Entertainment Weekly, Parton shared her excitement about getting back on a film set, “I haven’t been in a movie in a long time, so it’s about time. This will be very special.”

And the idea of returning to the big screen isn’t new to this situation. Before COVID-19, Parton was looking into making her own biopic. “We were talking about doing my Broadway musical,” she told Mr. Nashville Talks, “I do intend someday to be on Broadway, but I’m thinking now that I might do my life story as a feature. Maybe possibly even a musical feature…” When discussing possible candidates to play one of the many versions of Dolly that would be in the film, every musically-talented blonde from Taylor Swift to Chenoweth came up. In response to the rumor that Witherspoon was up for the role, Parton said, “We’d have to get [Reese] a big old boob job or a big old bra.”

So, although we may never get to see Witherspoon’s best Dolly impression – a moment I would pay good money for – we are getting Dolly starring in her very own movie about her very own novel, which will most likely be scored with her very own music.

Parton and Witherspoon (or as I am going to call them, Partspoon) are both advocates for women and children’s rights, defenders of animals, lifelong philanthropists, and Academy Award-winning creatives who always have their fingers in more than one pie. With their strong work ethic and passion for the arts, I’m sure these two will create an epic and unforgettable blonde bombshell of a movie. Stay on the lookout for ‘Run, Rose, Run’!