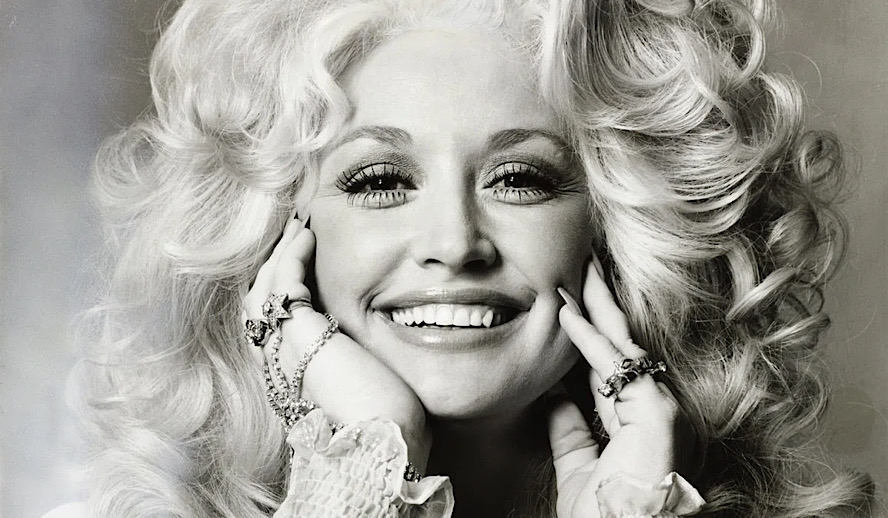 Let’s be honest Dolly Parton is loved by everyone without question because of the many talents she possesses and her incredibly giving activist work. She is also loved by many because she never holds back; she consistently takes a stand for what she believes is right. For example, the many times she signified her status as an ally of the LGBTQ+ community or that one time she donated $1 million to help fund the creation of the Covid-19 vaccination.

Overall, like it was said before, she is an absolute queen and holds the throne in many different aspects of life. Some might even say she is the queen of country for her highly awarded success within the industry over the past decades that show through her numerous awards like her several Grammy awards and her TWO stars on the Hollywood Walk of Fame, yes I said two.

She has starred in a variety of different television programs and movies, but some notable ones you might recognize are ‘9 to 5,’ ‘Steel Magnolias,’ ‘Hannah Montana,’ and even more. Her activist work is truly admirable as she is consistently providing donations and scholarships to a variety of causes and people, she is the founder of impressive foundations and organizations, and she always is donating her time.

Dolly Parton – Where it All Started

Dolly Parton was born on January 19, 1946, in Locust Ridge, Tennessee, to Avie Lee and Robert Lee Parton, where she would famously live in a one-bedroom log cabin along with her 11 siblings and parents. She showed an early interest in music as she was a part of the music program at church, sang on radio and television stations, and then amazingly debuted at the Grand Ole Opry at age 13.

After graduating high school, she set off to begin her career in Nashville, shortly after she partnered with Portner Wagoner, which ultimately led to her releasing her single, ‘Joshua,’ her first number one country hit. As she released more singles, she parted ways with Wagoner, and the rest was history.

Workin’ 9 to 5 Singing and Acting

Since releasing all of the singles that put her name on the map in the country world in the 1970s, she continued to release many other hits like ‘9 to 5,’ ‘Shine,’ and more, along with numerous albums and collaborations with other artists. She also stepped into her acting career as she made her first film appearance in ‘9 to 5’ along with Jane Fonda and Lily Tomlin. She continues to make appearances and various other films and television shows and still has her hand in the music world.

She continues to be highly awarded for her contributions to the music world, acting world, and activist work. Some notable awards she has received are the Willie Nelson Lifetime Achievement Award, Guinness World Records, a Grammy’s Lifetime Achievement award, and much more.

Dolly has funded and been a part of many different causes and, in fact, many just in the town she grew up in. More specifically, Dolly Parton is the founder of the Dollywood Foundation, she annually provides scholarships to students from her hometown, she has an eagle sanctuary at Dollywood, she founded Imagination Library, and to say the least, she is consistently funding and providing awards or scholarships to people and places like hospitals every year.

The Dollywood Foundation basically encompasses many donations and scholarships that are awarded every year to many different causes. At her theme park, Dollywood, yes, she has a theme park; there is an exhibit entirely dedicated to birds of prey that are under the care of the American Eagle Foundation.

She also founded Imagination Library, a non-profit organization that mails children enrolled in the program a book once a month in tribute to her father, who could not read. Since creating the organization, it has grown largely to now serving 1.3 million children and has gone international. Of course, she frequently donates and provides her time to various causes throughout the year, along with everything else.

Why We Love Dolly

Dolly is highly celebrated and cherished for her grand success within the music industry, film industry, and activist work. She truly has proved her dedication to giving back to those who need it the most through the variety of foundations, causes, and awards she has provided to others. It is also admirable that her activist work is dedicated to causes she truly supports and believes in, such as literacy, which is in dedication of her father, who could not read or write.

She has truly become an American icon because she is down to earth and is dedicated to the arts and philanthropy. Who wouldn’t want to step into Dollywood and experience the greatness that is Dolly Parton? I know I would. Dolly Parton is just one of those people that will be remembered for generations because of her refreshing take on life and openmindedness to all of the changes in the world that she has been able to experience.

It is not a surprise that there is even more, coming from Dolly Parton in the next year, which I am grateful for. She announced that Dollywood would be adding on to the property with a new resort which will be open in 2023. She also teased on social media that she would be releasing new music soon, no exact time mentioned, sadly.

Other than those outstanding new ventures, she has not said much about any new roles in the movie and television industry. Overall, Dolly Parton is a groundbreaker in many aspects of the world, and I am sure she will continue to set new records, receive awards, and most of all continue to be the fantastic person she is.

If you’re feeling sad about no new music coming out soon from Dolly, just listen to some of her classics, and I’m sure it will put a smile on your face.