Wicked Ariana Grande: The Lady With the Grande Talent is the New Witch of Oz 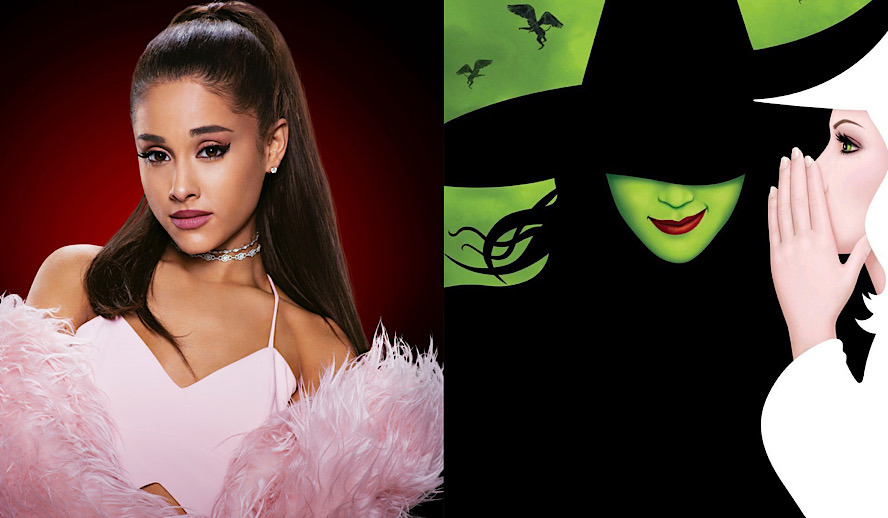 Photo: The New Witch of Oz

The name Ariana Grande is synonymous with superstar. She acts, she sings, she dances, and impersonates. Is there anything this woman can’t do? Her name has been at the top of the charts since she returned with her 2019 album, “Thank You, Next.” The album skyrocketed her into another level of stardom, as the album’s songs became an anthem for millennials and younger generations. Her feminist approach to the lyrics, such as “God is a woman,” and the recreation of classic chic flicks in her music videos, made the crowds admire her creativity and relate strongly to Ariana Grande as an artist.

Let’s Go Back To The Start

Ariana Grande has been simmering in the pop star world for quite some time, but her roots have always been planted in the theater. The superstar began her career in small local productions in her hometown, in Florida, which later landed her a role in the Broadway musical ‘13.’ After it, the domino effect came to take place in her life, as parts began to accumulate in front of the young artist. Nickelodeon saw the star’s potential, and in no time, they cast her in the pre-teen show ‘Victorious’ for the role of Cat Valentine. The Nickelodeon series gave the pop star a platform; Ariana Grande’s name began to be known by the crowd of pre-teens that spent their afternoon watching Nickelodeon. The sweet, ditsy personality of Cat Valentine drove the kids to love her immediately.

While shooting ‘Victorious,’ Ariana Grande spent her free time filming covers of original songs from known artists. One day, one of those videos went viral. Ariana had covered a song from the magnificent Mariah Carey. To make this long story short, Ariana nailed it. The audience had only good things to say about the young star. The video called the attention of music moguls, granting Ariana Grande a record deal. After that, Ariana’s career evolved into many more opportunities and accomplished goals, and the rest is just… well, history! I mean, after that, a pop star was born, and thanks to that video, we now have anthems like ”7 rings,” and ”Thank You, Next” to sing along in the car in remembrance of all the bad relationships we’ve ever had. Fun fact, later on, Ariana would be compared to her idols, Mariah Carey and Whitney Houston. She is often placed as being of the same caliber as her predecessors. Imagine!

Even after her incredible success as a pop star, Ariana Grande has never forgotten about her roots in the theater. Constantly going back to it, in 2016, she was part of the NBC live television special for ‘Hairspray’ along with Kristin Chenoweth and Dove Cameron. Grande added Penny Pingleton to her checklist of accomplished dream roles, but that would not suffice, as Ariana still has many goals to accomplish. One of them is to be part of the Broadway musical production ‘Wicked,’ a role that she’s been dying to play since she was a kid.

And Then There’s ‘Wicked’

The talks for a film adaptation of ‘Wicked’ has been part of Hollywood’s important talk since the musical became one of the biggest Broadway productions of all time, along with ‘The Lion King’ and ‘Phantom of the Opera’ (according to Variety), in 2004. Ariana Grande’s name has been part of the group of artists that had significantly been considered to exist in the land of Oz, but nothing was ever concrete.

The Good Witch or The Wicked Witch, That Is The Question

Many fans were rooting for Ariana Grande to play the character of Elphaba, the wicked witch of the west, while they envisioned Dove Cameron as Glinda, the good witch. Even Broadway queen Kirstin Chenoweth herself advocated for that casting, always supporting and rooting for both talented women, Dove and Ariana. But it wasn’t until recently that the news of the official casting broke, finally announcing confirming the existence of the film.

Ariana Grande shared a sweet post on her Instagram account to her two hundred seventy-six million followers, announcing her part in the official film adaptation of ‘Wicked,’ but as Glinda. While the role of Elphaba, the wicked witch of the west, will be reprised by the incredible Tony and Grammy Award winner, Cynthia Erivo.

As many took to Twitter to express their doubts, concerns, and disappointment that she would not be playing Elphaba as expected. The public’s main doubts lay on the pop star’s acting abilities to play Glinda, while many others rooted for the singer, supporting her every endeavor. But these naysayers might be astray with the knowledge that Glinda was probably written for Ariana all along. With no doubt does Ariana Grande have the vocal capacity to play all the cast if need be, but also her love for the production has been in her heart since day one.

Ariana Grande’s talent is undeniable, but this woman really does know how to manifest. Twitter took the reminiscing route and found a tweet from Ariana in 2011, where the singer expressed her utter interest in being part of ‘Wicked,’ as Glinda. The tweet reads something like, “Loved seeing ‘Wicked’ again… … Made me realize again how badly I want to 2 play Glinda at some point in my life!” The hashtag? “Dream role.” uh, what in the witchcraft is that, Ariana? I really need her to teach me how to use my crystals and speak events like that into existence, and maybe add a short lesson on “how to” whistle tone.

Unrelated note, but still related, I remember, back in the day, the crazy media circus created when Katie Holmes started dating Tom Cruise. People Magazine would be like, “Katie Holmes manifested Tom Cruise into her life! She wrote notes to him like they were dating when she was a kid…! Dreams really do come true!” uh, excuse me sir, like being part of a hit teenage show as the lead, wasn’t a full-on dream to be proud of, we all know how that Tom Cruise “dream” ended up. Anyway, thank god, Twitter fans are somewhat in charge of a good percentage of the media. Beautifully focusing on what is important, Ariana Grande’s future travels inside the magical land of Oz! Whatever the naysayers might say, I will not be missing out on ‘Wicked,’ not even in my wildest dreams!