The Rise and Journey of Miley Cyrus: From Child Star to Superstar Singer, Actress and Full-Time Rebel 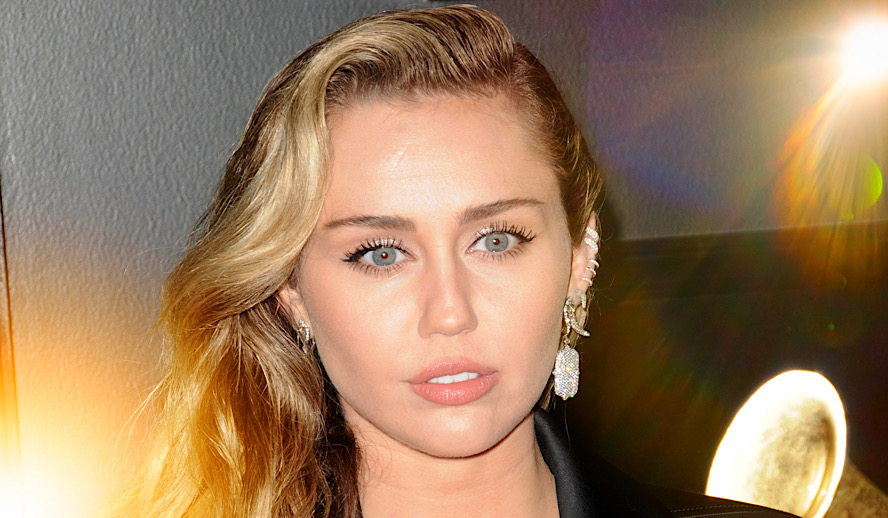 People know the talented Miley Cyrus through the different avenues she has taken throughout her life. Some may know her as Hannah Montana from the hit Disney show ‘Hannah Montana,’ her numerous top-charting albums and singles like ‘Wrecking Ball’ or ‘Breakout,’ or from movies like ‘The Last Song.’

Everyone loves Miley Cyrus for the vibrant and carefree attitude that she presents and portrays through her music and her variety of appearances on several television shows and short videos. If there is one thing that always deems true for Miley, it is the fact that she is never afraid to be herself, and she encourages others to do the same through her personal expressions.

Miley is an inspiration for a variety of reasons, but honestly, I am inspired by the talents she has honed and her ability to truly and unapologetically be herself, especially after having to fit a specific image as a young child star. If you’re like me and watched ‘Hannah Montana’ as a young child, then you know exactly the feeling of pride and inspiration I’m talking about: I’ve grown up with Miley Cyrus in a sense over the years, and I am always so excited to see what she will come up with next.

Miley Cyrus was born on November 23, 1992, in Franklin, Tennessee, to her mother Tish Cyrus and Billy Ray Cyrus, along with her godmother, Dolly Parton, so cool, I know. Her birth name given to her by her parents was Destiny Hope Cyrus, as they hoped she would do anything and everything and become something inspiring and impressive, which she did, by the way.

She was interested in acting at a young age as she watched her father take on roles within the  industry, starring in roles in the early 2000’s such as ‘Doc’ and ‘Big Fish.’ It wouldn’t be much longer until she would land her leading role in ‘Hannah Montana’ along with her father. She would become an absolute icon as Hannah Montana and Miley Cyrus with soldout tours,  movies, and new music.

The Life of a Childstar

With plenty of success under her belt as a child star on the Disney channel, she said goodbye to the role in 2011 and would quickly begin working on new music and film  projects with some even during the filming of ‘Hannah Montana.’ One thing is for sure she definitely made a household name of herself as Hannah Montana and perhaps one she wouldn’t be able to shake for years to come.

As she strayed away from ‘Hannah Montana,’ she took on different and more mature roles that would help to change the reputation she held as a child star, such as her role in ‘So Undercover,’ ‘The Night Before,’ and ‘Crisis in Six Scenes.’ New music, much different from her previous work, would also help her breakthrough as Miley Cyrus, the pop star, such as ‘We Can’t Stop,’ ‘Bangerz,’ and ‘Wrecking Ball.’

People were shocked by the seemingly sudden change that Miley Cyrus went through with her music styles and personality, but in reality, all people had ever known her as was a character, Hannah Montana, rather than her true self. I think her decision to be herself then was necessary for all of the young kids that had always watched her like me to see that at some point, people have to gain confidence and be themselves.

Owning the Music and Television Industries

As time went on, she continued to reveal more of her personality and true self through more new albums and singles such as ‘Miley Cyrus & Her Dead Petz,’ ‘Younger Now,’ ‘She is Coming,’ and much more with other artists and herself. It was exciting to watch her grow even more into her own style of music and step outside of what people expected from her. She has won a variety of awards for her music over the years, such as Nickelodeon Kids’ Choice Awards, Teen Choice Awards, Billboard Music Awards, and numerous more.

She was able to show off her skills as an artist and coach through ‘The Voice,’ where she would spend two seasons alongside Alicia Keys, Adam Levine, and Blake Shelton. She played a role in ‘Black Mirror’ and starred as herself on television shows like ‘Saturday Night Live,’ ‘Jimmy Kimmel Live!’ ‘Unplugged,’ and more. She also has won many awards for her acting work over the years.

As we continue to watch Miley Cyrus blossom into her true self, I’m hopeful that she will be releasing new amazing music soon that represents herself even more. I also hope to see more video shorts like ‘The Kid Laroi & Miley Cyrus: Without You’ and ‘Miley Cyrus: Mother’s Daughter’ that help tell a story through her music.

She is currently touring around many popular festivals, and guess what, you can still buy tickets to pretty much all of them. She is also collaborating with other artists to create new music and video shorts consistently, releasing her own versions and interpretations of other artists’ legendary music and many other fun projects.

In the meantime, as we wait for more awesome music, just check out some of her old and newer work like reruns of ‘Hannah Montana’ or even the ‘Bangerz’ album, whether you’re feeling nostalgic or playful. In the end, Miley Cyrus has shown the world that child stars are meant to transition into themselves as they age and shouldn’t be criticized for unapologetically being themselves. As she continues to thrive in this new era of her life, I think she will always maintain herself as a household name and legend.