A Tribute to Debbie Allen: Dancer, Actress, And Producer Extraordinaire 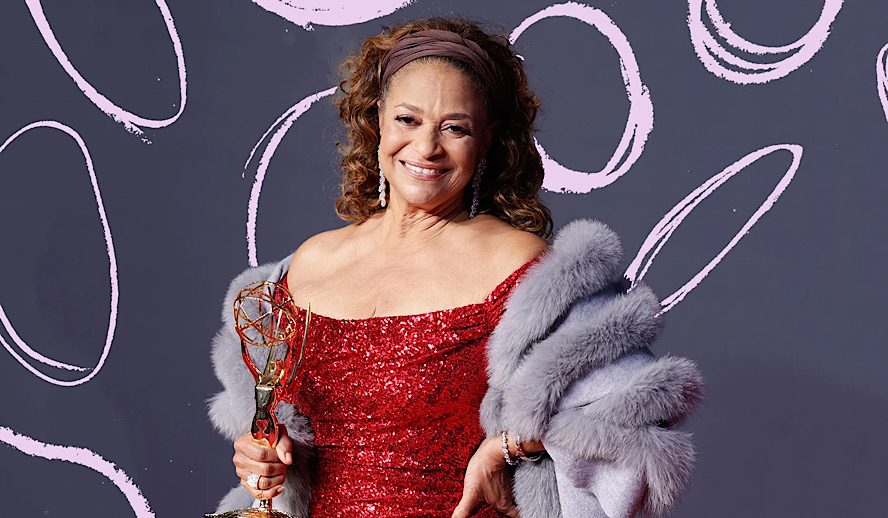 When it comes to living Hollywood legends, there are honestly quite a few still around who have had quite an influence on the entertainment industry. However, of those still around, none of them have the kind of influence that Debbie Allen still has. The actress, choreographer, dancer, director, producer, and all-around performer-extraordinaire is still exuding enthusiasm for growing the next generation of performers while building up her own resume even further and racking up many lifetime career honors along the way.

Even during her childhood, Debbie Allen aspired to be a performer. She auditioned for the Houston Ballet Academy when she was 12 but was initially rejected not because of her dancing but due to her race. Eventually, she did get in, but racism in the dance world and in performing arts schools would provide more challenges for her attempts to progress in the performing arts as she got older.

After graduating from Howard University with a degree in many topics including theater, she began her career on Broadway where she appeared in ‘Purlie’, ‘Raisin’, ‘Truckload’, ‘Ain’t Misbehavin’, and received her first Tony nomination for playing Anita in the 1980 revival of ‘West Side Story’. Around the same time, she was beginning to start working in television and got her first roles in film. With television, she had a guest arc on ‘Good Times’, was a regular on the variety series ‘3 Girls 3’, and ‘Roots: The Next Generation’. On the film side, she started out with a small part in ‘The Fish That Saved Pittsburgh’ and then supporting roles in the film adaptation of ‘Ragtime’ (which would go on to be a Broadway hit musical later) and the 1980 film ‘Fame’.

One of the biggest parts of Allen’s career comes from her role in the television adaptation of ‘Fame’. In the film, Allen’s character, Lydia Grant, was a very small part of the story but for the television series became a central character and was the main choreographer for the dances in the show throughout its six seasons. This role earned her four Emmy nominations for Best Actress, two Emmy wins for Outstanding Choreography, and became the first Black woman to win the Golden Globe for Best Actress in a Television Series- Musical or Comedy. In 2014, in an interview for NPR’s ‘Tell Me More’, Allen said of the lasting importance of her catchphrase and overall theme of the show, “Well, you know, she hasn’t changed. My voice may have deepened a little over the years, but it’s still tough love. That’s the world I live in with young people and it’s so needed and so necessary and it’s so relevant. You know, who was it? One of my friends was telling me – I don’t know if it was Denzel – I think it was Denzel – said, you know, Debbie you have one of those all-time phrases, you know, De Niro’s got one – ‘you talking to me? You talking to me?’ And I have one – ‘you want fame?’ It’s one of those phrases that people love to hear and say because it’s still very relevant to the whole idea of success, period.”

After ‘Fame’, Allen transitioned to doing more behind the scenes work for television, joining ‘A Different World’ as a producer and director for much of the show’s run where she is credited for turning the show into its own, unique, socially responsible ensemble comedy taking place at an HBCU rather than just being a spinoff of ‘The Cosby Show’. The show even caused rates of enrollment to rise at HBCUs as well, with Allen telling NPR, “Phylicia [Rashad] and I had both gone to Howard University so we knew… We knew what a black campus in the south would be like. And there was just no hot sauce on the table. And there was no real political through-line for those students. You know, in a country like America, if students are not active then the country’s on the way to being done.

The students, the young people have got to have a voice, have got to be emotional, be expressing something. So I got there and I changed a lot of things. And you could say I put hot sauce on the table. That says everything because there was no fraternity life, there was no talk about racism, there was no talk about sexism, there was no talk about politics. And when I got there all of that changed. So… it was so good. It was so good. But we tripled the enrollment of historically black colleges and other colleges too because white kids were watching the show too. It wasn’t just black kids. All kids were watching it. It made it cool to go to college. You know, and they might’ve been disappointed if it wasn’t like Hillman, but we served a purpose, which was so important.”

In the past decade, Allen has gone over to working heavily behind the scenes for many television shows as a director and sometimes as an executive producer. She has directed episodes of ‘Jane the Virgin’, ‘Empire’, ‘Scandal’, ‘How to Get Away With Murder’, and more. Her most prominent part on screen and off-screen has been working with Shonda Rhimes as an executive producer, director, and recurring character on ‘Grey’s Anatomy’, helping to revitalize the show and increase diversity on and off camera for the show.

In an interview with Variety in 2019, Allen said about working on ‘Grey’s’, “I was a ‘Grey’s Anatomy’ fan before I even started directing the show. And I think what keeps me inspired is our ability to be relevant and to be creative and that we are just expanding the footprint every week… First it was ‘Fame’, which created performing arts schools all over the world. Then it was ‘A Different World’, which tripled the enrollment historically of black colleges. Everybody wanted to go to college — black kids, white kids, Latin kids, everybody. And now ‘Grey’s Anatomy’, which has fueled a whole generation of incredibly young women that want to go into the medical profession. Really ‘Grey’s Anatomy’ has saved lives. Some of the stories that we do that put the real medical situation on the line for everyone to see, has made people realize their own medical condition and done something about it. So there’s a lot of reasons to love what I do, and I think all of those coupled with I really, really, really like the people I’m working with.”

Much of the work Debbie Allen has done in her career has been centered around dance. She started off as a dancer, many of her film and television roles have involved dance, she has won numerous awards for her choreography, and she has been a dance teacher for many years. She has worked with many prominent dancers and choreographers, most notably working with Bob Fosse and Gwen Verdon during her time playing the lead in the 1986 revival of ‘Sweet Charity’.

Fosse himself said in an interview with The New York Times that, “Not many ladies can play that part because it requires singing, dancing and acting… The thing she has that I thought would be good in the part is a kind of feistiness, street toughness that seemed right for the part. Plus, she is a superb dancer and singer.”

Allen choreographed for the Academy Awards for 10 years, six of which were consecutive, choreographed and directed the musical film ‘Polly’, recently directed and choreographed the Netflix Christmas film ‘Dolly Parton’s Christmas on the Square’, and served as a judge on ‘So You Think You Can Dance’. While in show business she has done a lot for dance, her biggest impact on dance has been through her non-profit dance studio, The Debbie Allen Dance Academy, which provides dance classes primarily to disenfranchised students of color because of her experience trying to get into dance classes as a child and being rejected due to her race. Talking with Dance Magazine in 2020 about what teaching means to her, Allen said, “When you talk about arts education, you’re talking about character building, discipline, creativity, finding your own voice, innovation. The arts teach tolerance because there is no one way of doing anything. The modern world wants you to turn in, the ballet world wants you to turn out, the hip-hop world wants you to turn upside down.”

To say Debbie Allen has influenced the entertainment industry would be an understatement; there are not enough words to express what an innovator and advocate she has been for women and BIPOC in dance and performing arts and how she has helped raise and foster a new generation of entertainers and dreams. There’s a reason she was the recipient of one of the 2021 Kennedy Center Honors and is receiving the 2021 Governor’s Award at the Emmys. Allen has encouraged creatives and the arts and shown how they can improve our lives for the better.