An Appreciation of ‘Crying in H Mart’: A Rich Memoir of Grief and Food – A Must Read 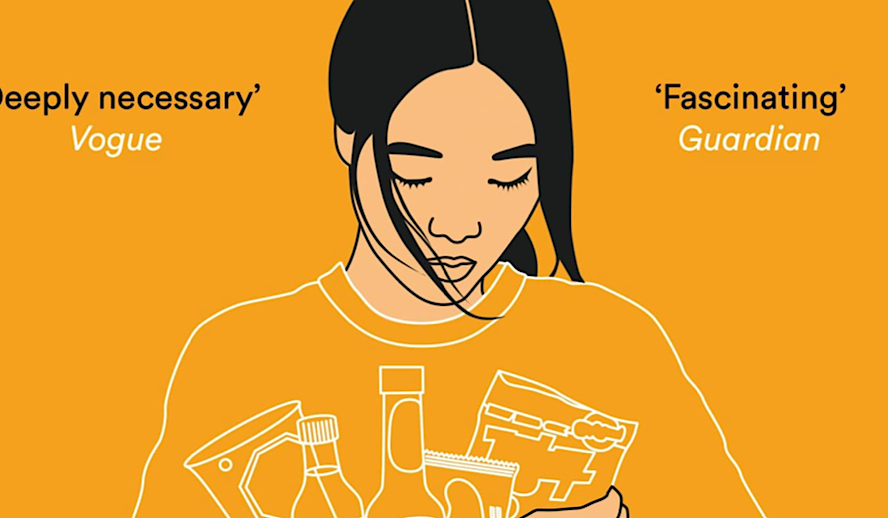 Written by Michelle Zauner, also known as the lead singer of indie rock group, Japanese Breakfast — ‘Crying in H Mart’ is a beautifully tragic memoir about a daughter who grieves her mother. Zauner journeys the readers as each line carries you through childhood memories and experiences with great detail. The novel centers around the importance of Korean dishes in her life, hence the ‘H Mart’ reference in the title. H Mart is a Korean grocery chain that sells Asian food (H stands for “han ah reum” which translates to “one arm full of groceries”). Whether or not you are familiar with Korean cuisine, her detail within each line helps familiarize readers about the range of flavors in each meal. This is what makes Zauner’s memoir so distinct as she takes you with her throughout her story. With such heartbreaking prose that will have you in tears, ‘Crying in H Mart’ examines grief through the struggle of the Asian American experience and family relations.

“Ever since my mom died, I cry in H Mart”, the opening lines state. Zauner was an only child who grew up in the Pacific Northwest of Eugene, Oregon. She was born in Seoul, South Korea where both her parents met and then got married. Her mother, Chongmi, was a native of the city and her father, Joel, was a White man from America. Due to her father’s work, the family relocated to Oregon while Zauner was only a year old. She described her mother to be fierce and oftentimes authoritarian: “Hers was tougher than love. It was brutal, industrial strength”. Her mother would be in constant search of perfection in everything she does, even towards her own daughter.

Their relationship during Zauner’s time as a child and up until she was a teenager was complicated. Zauner recalls memories of rebellion towards her parents, her mother specifically, and how their mother-daughter relationship was never always solid. Despite such a complex bond, the one thing that brought them together every time was food. Korean cuisine to be exact. Chongmi’s love language was cooking and food, Zauner made that evident throughout the novel: “Between chews of a wilted perilla leaf, my mother would say, ‘This is how I know you’re a true Korean’”.

Years after Zauner graduated college, she moved to Philadelphia where she pursued her career as a musician and a writer. In 2014, her mother was diagnosed with stage IV squamous-cell carcinoma in her stomach at the age of 56.  Zauner was 25 at the time. She decided to move home to take care of her mother as she goes through chemotherapy. Zauner wanted to treat her with the same care her mother once did for her, by cooking her Korean meals. Such acts of care faltered as the chemotherapy ruined her mother’s appetite.

After the second round of chemotherapy, she developed sores on her tongue which made it painful for her to eat. Throughout these experiences, her mother decided to stop the treatment after the chemotherapy failed to get rid of the tumor. She passed 5 months after her initial diagnosis. Her mother’s passing doesn’t necessarily end the novel, it is only halfway through the story where her death is remembered. This allows Zauner to grieve throughout the rest of the book and how she is dealt with this harsh reality. Zauner then goes into depth with how she deals with the loss. It was ultimately food that guided her through grief and helped her to reconnect with her Korean identity.

The Creation of Identity Through Food

At the foundation of Zauner’s memoir is her relationship with her Korean heritage. Living in Oregon, she grew up in a predominantly white town. In addition to that, she lived in a secluded area where her next-door neighbors were miles away. She reflects on her identity and being Asian American within her immediate community as a kid and as a teenager. Being an Asian American, she was seen as too Asian in the US, but when she would visit Korea, she would be seen as too Caucasian. This pull between the two were THE challenges Zauner faced growing up as she was forced by this social standard to be viewed as the “othered”. Her mother and her mother’s cooking was the only thing she had in her life that connected her to her Korean culture.

The food her mother made was a taste of heritage that she couldn’t get in her time in Oregon. During teenagehood, Zauner would pull back from her mother and her culture for the sake of belonging. As she has grown older and reached a newfound point in her relationship with her mother as an adult, she finally started to embrace her mother’s heritage. Just as she was making sense of her identity, the relationship with the one person that connected her to Korean traditions was cut short.

After her mother’s death, cooking is what guided her. It was learning how to cook Korean food that helped her recount the memories and heal the grieving wounds. The tastings of culture and the walks through H Marts were the pillars of remembrance. Later on in the novel, Zauner expertly compares her memories to the process of making kimchi: “The memories I had stored, I could not let fester… to spoil and render them useless… The culture we shared was active, effervescent in my gut and in my genes, and I had to seize it”.  Though Zauner’s struggles of retaining her identity were prevalent, the process of cooking in order to heal helped her find herself along the way.

An Absolute Must Read

As an Asian American, the experiences Zauner retells in regards to identity and family relationships hit too close to home. Despite not having those exact experiences, I felt a part of myself within each word. Zauner’s writing is enthralling as she puts us in a position to face brutal truths of morality and grief. With ‘Crying in H Mart’s recent success last year in becoming a New York Times best-seller, the novel is soon to have a film adaptation in which Zauner is heavily involved in. In its understanding of love and loss, ‘Crying in H Mart’ is a must-read for all.