‘True Mothers’: A Sad, If Slow-Paced, Examination of Japanese Life 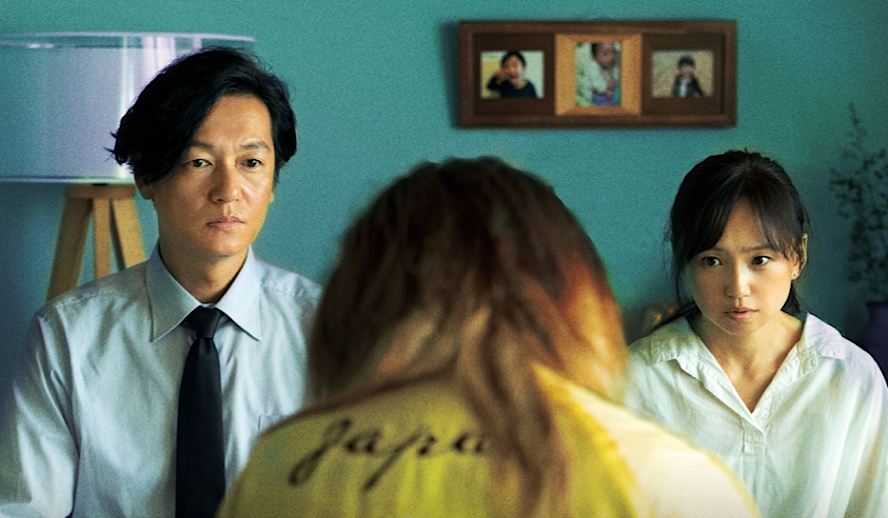 A Tragedy in the Making

We have two mothers, except one has the other’s child. If ‘True Mothers’ was an American film, conceived with American values in mind, the conflict would probably play out a fair bit differently. Infertility isn’t so much a taboo here, and there isn’t as strong a societal urge to make sure babies are made. Frankly, I myself am more likely to have a dog than a kid, and there’s nothing wrong with that. But ‘True Mothers’ takes place in Japan, where the birth rate has been dismally low in recent years, and shows little sign of getting better; therefore, every baby born feels like more of an event, whether the pregnancy was wanted or not.

The film has a dual narrative, jumping back and forth between Satoko, a well-off woman with a loving husband who nonetheless can’t get pregnant due to her husband’s infertility, and Hikari, a young woman who is haunted by a pregnancy she went through when she was very young. Hikari gave up Asato, her son, when he was an infant, and entered into a program where couples with fertility issues can adopt unwanted children. The question of fertility (both biological and spiritual) dominates ‘True Mothers’, a movie where both sides have a valid argument, and a reason to deserve happiness. There are American movies where the child is shown to be clearly better off in the hands of the adoptive parents than the birth mother, but ‘True Mothers’ takes a more nuanced approach by showing us, right from the outset, that Asato’s life is far from perfect.

A Woman’s Film About Women’s Issues

I may have heard of director Naomi Kawase before, but this is my first exposure to her work. Kawase has apparently been making a name for herself for the past two decades or so as one of Japan’s more soft-spoken auteurs, painting somber pictures of modern Japanese life. Her efforts put her more in line with Hirokazu Kore-eda (winner of the Palme d’Or at the 2018 Cannes Film Festival for ‘Shoplifters’), who similarly has a humanistic voice, albeit a more heightened one. While ‘True Mothers’ is slightly experimental in structure by using extensive flashbacks, it at times almost feels like a documentary with how actors are shown in close-ups, talking to characters who are off-screen (like interviewers in a documentary), every blemish on their faces visible, like there was a deliberate decision to use as little makeup as possible.

I’m sure that a film with this particular subject matter is made available for streaming in the U.S. right now is coincidental since it was set to premiere on the Criterion Channel since at least April — still, with the recent leak about the Supreme Court’s disastrous decision to overturn Roe v. Wade, it feels extra-powerful in what has quickly become an uncertain time for people capable of giving birth in this country. I don’t get to talk about overtly feminist Cinema often because, well, that’s usually not territory I cover; it doesn’t help that very few major studio productions actually conceive female characters well. If you want something off the beaten path, but still accessible and humble enough, all while knowing what it’s about, then ‘True Mothers’ should be somewhat high on your list.

The major problem with this movie is that (and I hate to say this) it is simply too long. Now, I usually don’t hold a movie’s length against it; there is, after all, a saying that no good movie is too long, and no bad movie is too short. I’m not in agreement with this sentiment, since I do think that a good movie could be made better by a tighter runtime, as is the case with ‘True Mothers’, which, at 140 minutes, doesn’t quite justify its length. We have a drama featuring a handful of key characters, jumping back and forth in time to tell the stories of Satoko and especially Hikari, which has a pretty simple narrative when all is said and done. There are ways to justify length aside from a story’s complexity, but as I’ve said before, the filmmaking of ‘True Mothers’ is rather down-to-earth — a weird mix between a pseudo-documentary and a slow-burning melodrama.

What strikes me as most inexcusable with regards to the film’s length is that through all this, we get very little in the way of Asato’s take on things. In a slightly altered timeline to ours, we would’ve gotten a version of ‘True Mothers’ where the point-of-view character is Asato, and not Satoko or Hikari; this is a contentious opinion, since Asato is, after all, a grand total of five or six years old. I would argue, though, that telling a story through a child’s eyes can invoke a certain emotional resonance, since we associate childhood with nostalgia — and nostalgia is a heck of a drug. I’m thinking of ‘Where the Wild Things Are’, Spike Jonze’s most underappreciated film, and how that movie wouldn’t even function on a basic level if not for being Max’s story. ‘True Mothers’ is about mothers who each have a legitimate claim to parenthood, but we never really get a word from the person whose life is the most at stake here.

As an introduction to Cinema that is more relaxed in its pacing, as well as serious in its subject matter, you can do much worse than ‘True Mothers.’ It was Japan’s submission for Best International Feature at the 2021 Academy Awards, and while it wasn’t nominated, it would not have raised eyebrows if it had made the shortlist. I do, however, think that such a technically unexceptional movie as ‘True Mothers’ would get utterly blown out of the water by what did end up being Japan’s submission for the following year, Ryûsuke Hamaguchi’s ‘Drive My Car’, which really is a masterfully crafted film.

‘True Mothers’ premiered at the Cannes Film Festival in 2020, but was only made available for streaming stateside in 2022. It’s available on the Criterion Channel.