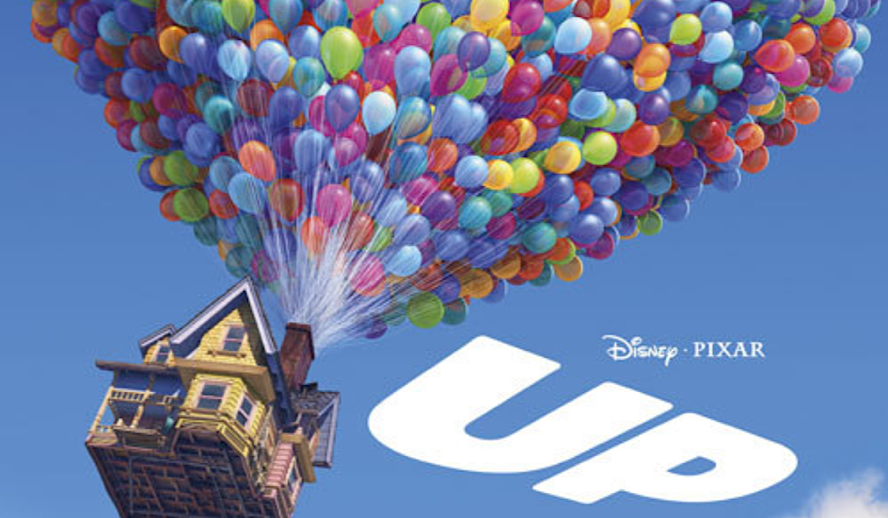 There are Minor spoilers for Pixar’s ‘Up’!

There are so many movies out there that evoke a feeling; A happy movie can make you feel good inside, a sad movie can make you cry or put knots in your stomach, or even a fun movie can just bring utter joy and laughter out of you. Movies are meant to make you feel something, and the best kind will take you on a rollercoaster of emotions as you navigate whatever story the filmmaker has presented you.

With all that being said, I’d be lying if I said I didn’t shed a tear at the beginning of ‘Up’.

‘Up’ is a film I, and many other Pixar fans, hold in high regard. It’s one of the studio’s best, as proven by the critical acclaim it’s garnered from fans and critics alike. It won Best Animated Feature at the Academy Awards that year and was nominated for Best Picture, becoming the second animated film ever to be nominated for the category, behind Disney’s ‘Beauty and the Beast’. Believe me, that’s no small feat. All of the praise and awards can be attributed to Pete Doctor, the film’s director and one of the most prominent people behind the creative mind of Pixar.

All of his movies have been on a new level of Cinema, with ‘Monsters, Inc.’, ‘Up’, ‘Inside Out’ and ‘Soul’ being some of the best films made by the company and some of the best animated films ever. But despite the stellar filmography that Doctor has, ‘Up’ is something special in the way it examines life and moving on. With Pixar branching out and trying new stories with ‘Luca’ and the upcoming ‘Turning Red’, let’s take a look back at one of their classics that’s beloved by many.

An Adventure for the Ages

For those who haven’t seen or may have forgotten the story of ‘Up’ (this movie came out 12 years ago, sheesh), the story follows Carl Fredericksen, an elderly grump who lives in a small, yellow house in the middle of a burgeoning city. As a kid, he met the spunky, adventurous Ellie, and together, they grew up and fell in love. In a montage, we watch them get older and go through life together, dealing with life’s ups and downs as a team. Sadly, their life together is cut short as an elderly Ellie catches an illness and passes away in a heartbreaking fashion.

If that’s not depressing enough for a movie, this all happens in only the first five minutes or so. Carl is now all by himself in the house he grew up in and shared with his late wife. After an incident that causes Carl to be court-ordered to move out of his home, he decides to tie millions of balloons to his roof and fly his house over to the fictional Paradise Falls in South America, where he and Ellie had dreamed of visiting. With the help of Russell, a boy scout who accidentally stowed away with him on the flying house, Carl hopes to get his house over to the Falls to fulfill his promise to her.

One of the most important aspects of ‘Up’ is its emphasis on family. With ‘Up’, Pixar tries to show its audience that family can come from anywhere, even when you’re an outcast. When Charles Muntz, the film’s villain, is disgraced from the outside world, his dogs become his family. They cook and do his bidding for him as he searches for his white whale, a giant rainbow-colored bird. Dug, one of Muntz’s dogs, is pushed away and made fun of by his fellow dogs for being too aloof. Thus, he finds family with Carl and Russell. Russell himself is looking for a father figure due to his own father’s absence in his life, and he finds that in Carl.

The one who’s impacted by family the most, however, is Carl. Before the events of the story, Ellie was everything to him. They went on adventures together, they braced hardships together, they crafted an entire life together. And despite the roadblocks, they loved each other dearly and took on life’s challenges together. So, when Ellie eventually passes, Carl is truly empty. He has nobody to rely or depend on, nobody he can spend time with and be close to. That’s why everything changes for Carl when he finds Russell stuck on the adventure with him.

Despite his grumpiness, he still ends up with his makeshift family of Russel, Dug, and Kevin, the rainbow bird that Muntz is looking for. They help him find a purpose in his life after Ellie, one that doesn’t involve wallowing in grief and acting selfishly. ‘Up’ is about the unexpected people in your life who can make the biggest difference.

Learning to Move On

With this in mind, this sense of family connects to the film’s theme of looking to the future rather than staying in the past. The central focus of the story is Carl’s relationship with Ellie and his inability to overcome the grief of losing her. He struggles to move on from her and decides to stay in the past, staying in his home and refusing to talk to anyone. As he goes on his journey to Paradise Falls with Russell, he gradually learns to move on and look ahead instead of sticking in the past.

Carl and Charles Muntz are both similar figures in the fact that both are unwilling to move on from their past. Muntz is fixated on finding his giant colored bird, in the hopes that his reputation will be restored within society if he does so. Carl just wants to relive his time with Ellie and fulfill their promise together. When he takes his house over to Paradise Falls, he looks at it and talks to Ellie, as if she actually is the house. To Carl, the house he shared with his beloved wife is a piece of her, one that he refuses to let go of until he gets it to the Falls. Even with the similarities between the two men, there’s a clear difference. Muntz refuses to let go of his hunt, still hung up on the mistake that sent him into self-exile decades ago. Carl, on the other hand, learns to let go and keep moving forward, a lesson that drives him to make things right by the end of the film and keep an optimistic look for the future.

Carl’s grief drives his actions for most of the film. He saves his house over Kevin when Muntz kidnaps her; He does whatever he can to make sure the house gets what it needs to go. Russel’s youthful optimism keeps him in check and teaches him about focusing on what’s more important now than what used to be before. That’s what causes Carl to go after Russell and Kevin and eventually leave his house to float away, out of sight.

As Ellie had always said to him, “adventure is out there”, and with his newfound family, he learns to look ahead for that new adventure instead of wallowing in his pain and grief. ‘Up’ teaches us about loss and change, and how to overcome it. Pete Doctor’s poignant look into life and the human experience is one that’s unlike anything else. Carl’s emotional journey is deep and leaves the audience with something to think about once the movie’s over.

There’s a reason this movie is a favorite of many and a classic, and film lovers will still be finding different things to talk about or notice in this film for years to come.