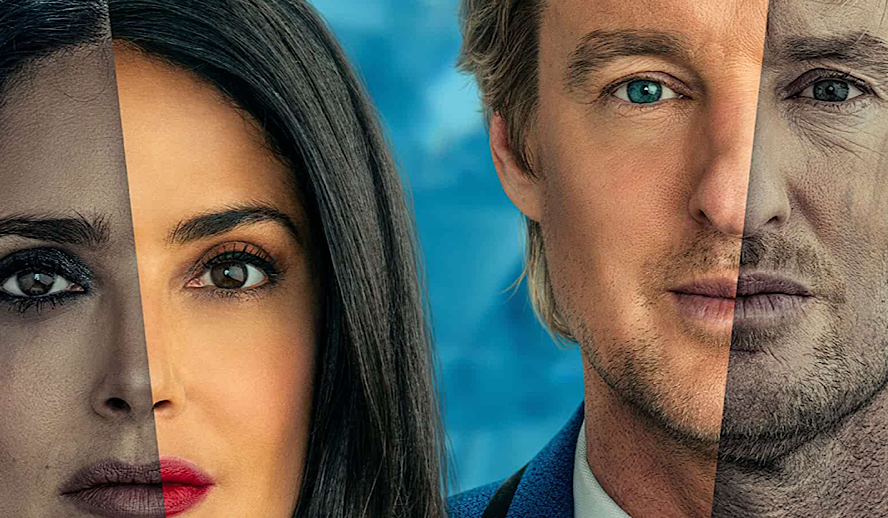 Get ready for a mind-bending, reality questioning rollercoaster ride of a film that manipulates viewer expectations and breaks the traditions of Hollywood’s catering to general audiences. Writer and director of ‘Bliss’ Mike Cahill, whose last feature films ‘I Origins’ and ‘Another Earth’ were both sci-fi drama romances were received well critically, offers an interesting perspective to this sci-fi drama romance that’s stylistically unmatched by anything Amazon-produced, and pushes postmodern Cinematic techniques to a level that’s difficult to grasp for the viewer, but one must respect its creativity.

The set design and lighting in just about every shot is beautiful and ranges from alluring color coordination to rugged worldly authenticity. This accompanied by the wonderful performances bring a quality to this film that makes it worth watching until the end, and sometimes even glosses over the flaws from the editing and futile plot points. There’s a chance not many viewers will walk away from this film fully satisfied, but there is merit to it that brings it value.

The setup of ‘Bliss’ is the strongest part of the film, with the first act establishing an easy to understand plot and dimensional characters that many people can relate to. The events that unfold hook the viewer, and keep them engaged trying to get one step ahead of the plot, but never being able to prevail. Though the overall plot and logic of the film become disjointed and certain points and many viewers are going to find themselves rewinding or Googling for clarity, there is something great here.

Cahill creatively approaches the topic of perception, the way people see things, and how their experiences influence that in a way that mainstream filmmakers are not doing, which shows that once Cahill regains his traction as he did with his last two films, and focuses those essential qualities to his work that makes it comprehensible to general audiences, he’s going to be a game-changer in Cinema. Even though ‘Bliss’ has many flaws due to its seemingly inadvertent hollow open-endedness, it’s certainly worthy of a watch as a palette cleanser to the traditional Hollywood sci-fi structure.

Owen Wilson plays a character who has just learned that reality as he knows it isn’t what he always thought, with Salma Hayek playing the powerful guide through this new way of thinking, along with a unique perspective of reality that even leads to manipulation of reality. They both perform their characters extraordinarily, with so much raw emotion stemming from misery to going through the highs and lows of this adventurous story, while their performances keep the viewer magnetized to how they handle the insane plotline. Wilson is known for both his comedic roles and his more recent dramatic ones. He rose up with and contributed significantly to the beginning of the career of auteur filmmaker Wes Anderson, and was even nominated for an Oscar for Best Screenplay along with Wes Anderson for their writing work on ‘The Royal Tenenbaums’ in 2002, a year after the film was released.

He’s had an impressive career, so it’s refreshing for lifelong fans to see him continue to mature and develop as a versatile actor, even when the script is a head-scratcher most of the time. Salma Hayek has had a similar career trajectory, except in terms of genre, and when they started exploring different genres, the opposite. She started out in mostly serious roles, with her gaining prominence with Robert Rodriguez’s 1995 hit ‘Desperado’ where she starred alongside another at the time rising LatinX star Antonio Banderas. Like Wilson, it took a few years for Hayek’s talents to be recognized by the Academy, and was later nominated for an Oscar for Best Actress in a Leading Role for starring in the 2002 biography ‘Frida’ directed by Julie Taymor.

Later in her career, Hayek branched out and explored her comedic talents, which she proved to be great at as well. She would later work with iconic Independent filmmaker Kevin Smith in ‘Dogma’, ‘Ugly Betty’, and comedy legend Adam Sandler in ‘Grown Ups’, along with the sequel, expanding beyond the typecasts she had been trapped in throughout the 90s. ‘Bliss’ will not be a glowing part of their resume, but it can’t be denied that Wilson and Hayek did the best they could, and even performed incredibly in some scenes, within the parameters they had with a confusing, unclear, novel, and ambitious script.  They stole the show, and their presence on screen bolsters this film’s quality tremendously.

Mike Cahill’s career thus far appears to be geared towards selective, original works that express Cahill’s unique artistry and perspective. His last two films grew momentously with quality, and was well-received critically, and even somewhat commercially. With the streaming age congesting Cinema to certain extents, Cahill was a breath of fresh air amongst the standard, pattern-filled, formulaic movies that have been coming out the past decade. Cinema lovers must support Cahill’s goal and intention with ‘Bliss’, but sometimes amazing filmmakers miss the mark, or simply audiences don’t get it. Although its ambiguity and unclear meaning may implode it from reaching a high level, it’s possible that ‘Bliss’ is simply ahead of its time. Perhaps after digesting the rollercoaster plot and concept, and re-watching it, the quality will enhance with it.

Anyone who’s a fan of sci-fi’s or romance stories will see a lot of positive qualities in ‘Bliss’, especially scenes where Cahill purposefully drags in conventions of the genre and breaks them. There’s value in the film in the aspect of it subverting viewer expectations, and playing with Cinematic patterns and traits in a way that doesn’t cater towards general audiences, but filmmakers, lovers of Cinema, and mostly, Mike Cahill himself.