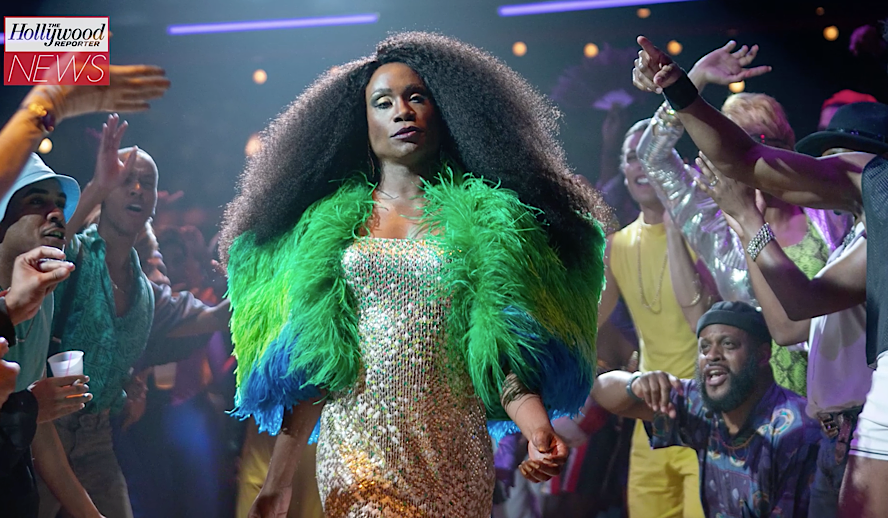 Ryan Murphy is no stranger to creating hit television shows like ‘Glee’, ‘American Horror Story’, ‘Scream Queens’, and ‘People v. OJ Simpson: American Crime Story’, so I knew as soon as I heard the announcement for his new show ‘Pose’ that premiered back in June of 2018, it was bound to be a success. For those that are unfamiliar with the show, ‘Pose’ is a scripted drama series centering around the underground drag ball culture and the gay/trans community as they navigated the AIDS epidemic in New York City in the 80s and 90s.

Related article: A Tribute to Laverne Cox: The Trailblazing Trans Icon Who Changed the Face of Entertainment

Before watching the show I was uneducated on the ball culture scene which I have now come to understand is a type of gathering/competition that takes place in NYC who identify as LGBTQ. The attendees would participate in what is comparable to a talent competition equipped with an MC and a panel of judges who would assess those competing accordingly to the night’s theme. Competitors were divided into groups to flaunt their individuality and strike a pose along the runway in hopes of winning prizes and notability. These balls served as an opportunity for those that felt like ‘misfits’ in a world catered to heterosexuals. It was their escape and their chance to live their authenticity.

Steven Canals the co-creator and co-executive producer of ‘Pose’ has made it no secret when sharing his struggles to bring the show to life. Growing up in NYC himself, he dreamed of living the high life like the elites of New York while he daydreamed in his family’s dreary Bronx apartment complex. “In my youth, I never saw mixed-race families portrayed on film and television that looked or sounded like mine (Black and Puerto Rican).

Exhausted by the erasure of my experience, POSE was conceived as a way to fill a gap that has long existed. A love letter to New York City and the miraculous queer and trans, black and brown souls who managed to create a community in the face of a plague, violence, and familial rejection.” Canals shared in an interview with The Daily Beast. Inspired to create a story that paid homage to his youth, he wrote the first draft of ‘Pose’. After countless rejections, Canal met with his idol, Ryan Murphy in 2016 who provided Canals with the opportunity of a lifetime upon agreeing to take on ‘Pose’ as his next project. Nearly five years later and the end of a prolific era is coming to an end as the third and final season plays out.

Critics and audiences alike have devoured ‘Pose’ in the most positive light. With a critic rating above 90% on Rotten Tomatoes for all three seasons amongst countless award nominations and groundbreaking records, the show is adored by many. In 2019 ‘Pose’ was nominated for 2 Critics’ Choice Awards, A GLAAD Media Award, A Peabody Awards, 2 Golden Globes, 2 Primetime Emmy Awards, and 5 Primetime Creative Arts Emmy Awards, just to name a few. With many wins under the show’s belt, actor Billy Porter who plays Pray Tall, the MC of the NYC balls, made history when he became the first openly gay black man to be nominated for (and subsequently win) the Emmy for lead actor in a drama category.

The win was a blessing considering before he got the call to audition for ‘Pose’ a couple of years prior, he had nearly given up on acting due to a large amount of rejection he faced for being “too flamboyant” and being told that who he was was never going to be successful for the entertainment industry. Porter graciously proved those people wrong as he stood proudly on the Emmys stage, accepting his record-breaking award.

The Final Strut Down the Runway

As fans have grown to fall in love with the series, many were saddened by the news that the show would wrap up after its third and final season. The remaining seven episodes are currently airing on FX. So far the season takes off after a time jump to 1994 where MJ Rodriguez’s character Blanca juggles motherhood, a new relationship, and a new job as a nurse’s aide. Porter’s character Pray Tell battles unforeseen health concerns all while old characters face new roadblocks as their stories wrap up.

The love these individuals have for one another is palpable through the screen and it has been empowering to see each and every one of them grows from the first season to the last. The costumes, music, makeup, and confidence they radiate as they walk down their runways serve as an inspiration to many LGBTQ and colored individuals as this show breaks new boundaries that no other series has done before.

‘Pose’ co-creator Ryan Murphy spoke to PEOPLE Magazine on the show’s longevity and shared from day 1 him and the writers always knew where the story was going to end. The writing team was blessed to have been given three seasons by FX to tell their story and the show is ending in 1996, exactly how they had planned. Murphy shared, “I think that we told it in just the perfect way, I never felt any episode was anything other than intentional — you can’t always say that in television. So it felt perfect to me and I love how it ended and I love everything about it.”