Must Watch: Showtime’s ‘Belushi’ Provides A Fascinating Look Into the Legendary Comic 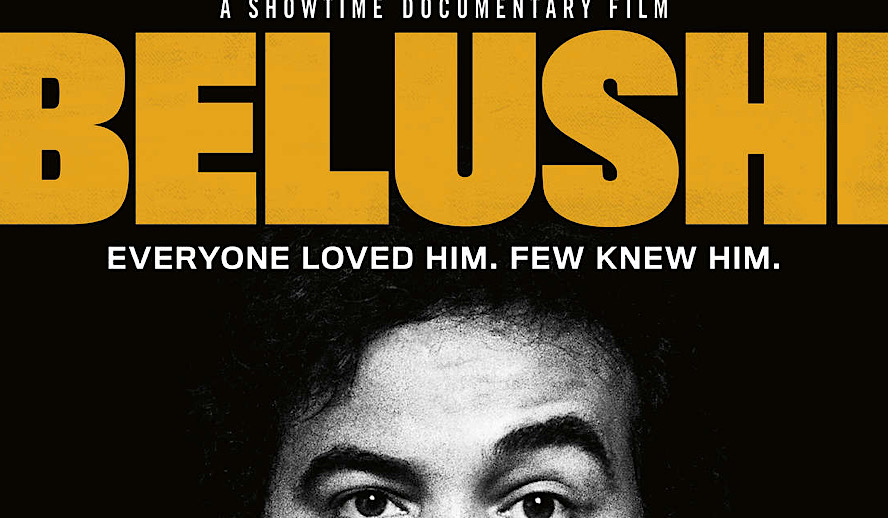 Director and writer R.J. Cutler’s Belushi is an insightful, heartfelt, and thorough look into the life of the legendary Saturday Night Live, National Lampoon’s Animal House, and The Blues Brothers star John Belushi. With several interviews collected from those closest to him, to real-life footage of his childhood all the way to the tragic end of his life, the documentary is tremendously detailed, engrossing, and an emotional rollercoaster throughout. The documentary is immediately captivating with the opening being Belushi at his peak; his SNL audition, sold out Blues Brothers performance, meanwhile, all this footage is accompanied by narrations of those closest to him. The undeniably gripping hook to the documentary shows the viewer the very best of one of the greatest comic minds of the 20th century.

Related article: HBO Max’s ‘How to With John Wilson’ is the Must-Watch Comedy of 2020

The gravitationally impeccable editing, pacing, and transitions all stand out within the first five minutes of the documentary. That can be attributed to the editors Maris Berzins and Joe Beshenkovsky. The late great Harold Ramis provides chilling commentary to open the film, summing up Belushi’s stardom and its explosion poetically, “John always had appetites that were completely out of control for everything. But I didn’t start to worry about him until they were at the universal amphitheater playing for 7000 people. I looked at John on the stage and thought ‘he’s on the most popular comedy show of our generation, he’s in the most successful comedy film, and now he’s on stage fronting an amazing band.’  My first thought was how great for him.  My second thought was, knowing his appetites I don’t think he’ll survive this.”

For Cutler to collect audio archives with John’s family, high school girlfriend, classmates, and friends from John’s hometown before he was famous is fascinating. It makes the documentary easier to relate to, and more intimate for the viewer. What enhances the focus on John too is that all of the interviews play in the background to a montage of images from Belushi’s past, and those around him. Belushi worked alongside some of the biggest stars of all time from his early days, including Gilda Radner, Bill Murray, and Chevy Chase. The opinions shared of John seem objective with respect to his impeccable accomplishments in showbusiness, which is a highly respectable artistic decision of the director to seemingly distance from prejudice or subjectivity, and allow the viewer to make their own opinions of John. The director is simply stating facts from people’s lives and letting the truth speak for itself.

What gives Belushi an extra edge, making it all the more engaging and lively, is the animations included in accordance with the audiotapes and commentary from those who knew John. By doing this, the viewer is able to get a feeling of what John’s life may have been like based on the descriptions and details they were given or found and see parts of John and his loved ones’ lives that were left undocumented. This is also a compassionate artistic trait, as it provides a greater value and meaning to those who described the memories, and giving them the opportunity to see their memories brought to life on screen. The animations, editing, and pacing are all consistently strong and culminate to make aesthetically pleasing visuals throughout the entire hour and forty-eight minutes.

Just like John himself, the documentary is unpredictable, fun, zany, and keeps you glued the entire time. Fortunately, due to the excellent research time and production of the documentary, they garnered real-life journal entries from John Belushi’s early life, featuring never before seen thoughts, experiences, sketches, and poems before he became the biggest star on the planet. The documentary doesn’t stray away from John’s dark side either, which primarily revolves around his incessant drug abuse that eventually led to his demise. The balance of his qualities and flaws keeps the rhythm of the documentary flowing well, and maintains within the framework it established initially, which is that this is an objective documentary about a real human being, not just the star John Belushi, but the John Belushi behind the scenes too.

‘Belushi’ – The Rise and Fall of a Star and His Impact

Belushi didn’t start off in comedy but channeled his artistic energy towards music in high school when he formed a garage band that, according to the documentary, garnered a lot of attention in his hometown of Wheaton, Illinois, a suburb in Chicago. They later disbanded when Belushi went to college, but his musical roots would soon rise again when he formed a band with star Dan Akroyd. As mentioned in the documentary, John had a long history with comedy before his SNL days. From writing sketches and jokes in his journal throughout his childhood and teenage years, he went on to start his own comedy troupe in Chicago called the West Compass Trio, which later attracted the attention of the historic and acclaimed comedy institution The Second City.

Belushi would essentially leapfrog his way to stardom from then on and network with major future stars. He starred in National Lampoon Lemmings, then later became a powerful creative force behind The National Lampoon Radio Hour. As most of the cast from National Lampoon caught the attention of Lorne Michaels, and would help him form Saturday Night Live in 1975, Belushi would slowly make his way there too. During his time at SNL, he pioneered one of the most important periods in comedy and television and created memorable characters like Pete Dionisopoulos, Samurai Futaba, Captain James T. Kirk, and the Blues Brothers. Belushi then rose to prominence as a movie star, performing in John Landis’s hits Animal House and The Blues Brothers, Jack Nicholson’s Goin South, and Michael Apted and Lawrence Kasden’s Continental Divide.

His career would end with the dark comedy Neighbors in 1981 when he died from a speedball overdose at the age of 33. 90’s comedy giant Chris Farley, who openly idolized Belushi, would follow Belushi’s footsteps almost verbatim, from Second City to SNL, then becoming a movie star, to dying from an overdose of the same lethal combination of drugs as Belushi, also at the age of 33.

The documentary is a fair and kind salute to the zestful comedic pathway that John Belushi blazed, and his deep influence on artists for the coming decades following his death. The electricity and energy that John Belushi was able to generate, and the joy-filled spellbinding effect he cast on his audiences will never be done quite the same, and it’s clear through great documentaries like this that the power of his legacy has only grown with time. Belushi is brilliant overall, and as entertaining as it is informative, it does justice to the late great comedian’s life and conveyed it in a postmodern, artistically beautiful way. R.J. Cutler knocked this documentary out of the park, and we at Hollywood Insider are eager to see what he does next.