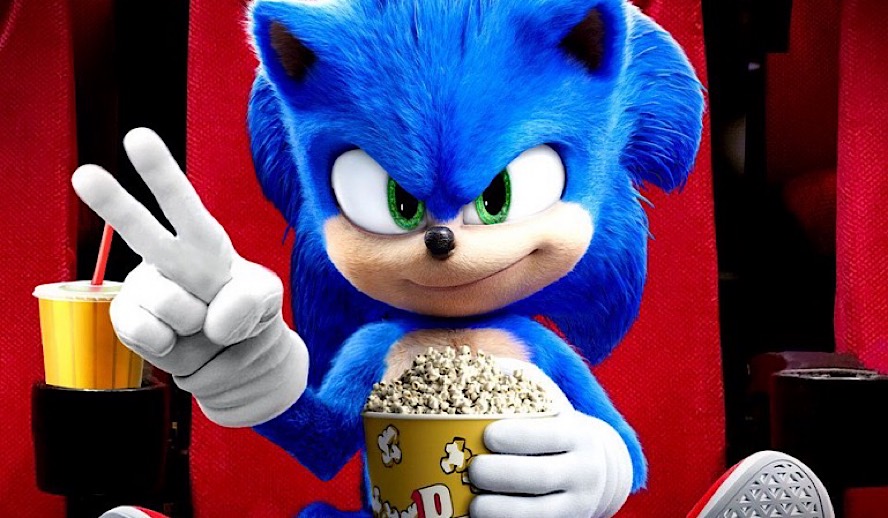 “Another video game film adaption, another flop.” That’s what we were thinking when the initial trailers dropped last year for the film Sonic The Hedgehog, the reception was…less than stellar. Okay, that’s an understatement. The fans tore the trailer to shreds until there was nothing left to shred. I mean I may not be a fan, but the trailer left me scratching my head along with everyone else. “Another video game film adaption, another flop.” Was there even a point anymore? Not one movie outside of a two video game adaptions actually held a positive Rotten Tomato score prior to Sonic.‌ While Rotten Tomatoes isn’t everything, it is a helpful tool that most people tend to agree with, and believe me, those movies deserve their bad scores. What makes Sonic unique from other franchise films, however, is the creative team behind Sonic‘s willingness to take heed of the dissatisfied fanbase. When it was announced that the film would be pushed back in order to redesign the super speedster, I perked my ears. Could it be that for once, a film studio would listen to the fans? I mean it’s their wallets the company is after so you’d think certain comic book films would take a hint, but nope.

Related Article: Social Media’s Immense Power On Hollywood: How the Pushback from Fans over Sonic the Hedgehog’s Appearance Prompted a Complete Overhaul

Regardless, when the new and improved Sonic was revealed to us in all his cartoonish glory, I have to say I was impressed. And the film overall? Though nothing revolutionary was fun, safe, and proves what types of films bring home the meat, breathing life into a pale winter box office.

He is still the king of physical comedy ladies and gents. Anyone who loved the 90s Jim Carrey classics will get a full plate of nostalgia with Sonic, which is hinged upon the redesign of its titular character and the antagonist’s performance, thankfully both came through in major ways. Carrey elevates the mundane “been there done that” aspects of the film, dancing, interrupting, and maniacally laughing his way back into the public awareness, effectively ending an astoundingly long film drought in which Carrey had failed to appear in anything remarkable over an eleven-year span (wow). Dr. Robotnik reminds us of just why Carrey is as relevant and talented today as he was in decades past.

Related video: In Conversation with Jim Carrey | ‘SONIC THE HEDGEHOG’

Full Commentary and Reactions From Stars – Sonic The Hedgehog

Sonic plays into its video games roots hardcore and delivers upon some seriously spectacled action sequences for that very reason. But at the core of every spectacle, was Sonic himself who was gleefully entertaining and innocent in ways. For those who weren’t Sonic gamers, the blue furry character is a refreshing and unique spin on the hero action genre that to no surprise has been warmly welcomed by the general public.

Ben Schwartz is solid as the endearing Sonic, bringing charm and swagger to the childlike character and even manages to hold his own voicing the hero against the larger than life Carrey. With a faithful depiction of the character and opening to future installments, it was hard to find too many bad elements here. The CGI was executed well and the humor and themes of friendship will resonate well with younger audiences while providing the crazy video game antics needed to satisfy diehard fans.

Related video:  A Tribute To The Academy Awards: All Best Actor/Actress Speeches From The Beginning Of Oscars 1929-2019 | From Rami Malek, Leonardo DiCaprio To Marlon Brando & Beyond | From Olivia Colman, Meryl Streep To Bette Davis & Beyond

Remember that movie Birds of Prey which supposedly failed? Yeah well, it definitely got demolished along with every other 2020 released by Sonic which blasted its way to a record-breaking 57 million haul in golden rings on opening weekend and a 10 day 200 million worldwide gross, ending the curse supposedly lurking over all video game adaptions. So why was Sonic successful but Birds of Prey wasn’t? Easy: faithful depiction and simplistic marketing. Birds of Prey failed to bring in audiences due to its combination of confusing marketing, and differentiation from comics. Its R-rating certainly didn’t help, though that can’t really be blamed (just look at Deadpool). The two films are polar opposites and exact proof of what to do and what not to when trying to make big money in the industry.

Come Behind The Scenes of Sonic The Hedgehog

Fanbases of franchises are easy to please. Just don’t change the source material and don’t try to be tricky or inventive. Paramount realized their mistakes and listened, while DC decided they knew better. Trust me, you don’t. Asking friends who went to see both films, it is clear why one alienated some but the other didn’t, leading to logical outcomes for both. Hopefully, DC learned their lesson. And Paramount? Easter eggs and now talks of a sequel are in play thanks to Sonic’s zooming success. It is that simple.

I cannot wait for the sequel, Sonic and the Revenge of the Overcooked Breadsticks…

Jokes aside, the one true negative cannot be ignored: blatant advertisement for the restaurant – even during the finale no less (no spoilers) – absolutely killed some of the momentum Sonic tried to build throughout the film and made me want to pull my hair out at times. I get product placement, but this was just embarrassing, cheesy, and downright awful. I felt bad for Sonic, Robotnik, and the rest of the gang. This definitely tinted the film’s overall quality, but the lighthearted action and whack Carrey helped keep it afloat despite Olive Garden’s attempts at pure destruction, and we should give them serious props for that.

If you are able to ignore that one negative, which I hope for Jim Carrey’s sake you will (because man did he give it his all), then go check out the current king of the box office, you might find yourself pleasantly surprised.

Rendezvous At The Premiere of Sonic The Hedgehog

– A Screen is A Screen: Actors Are Moving to Video Games as a New Medium For Their Careers

– Why Cinema Will Never Die – Long Live Cinema & Its Greatness

– What Is Going On With Lucasfilm? What Is The Cause For the Messy ‘Rise of Skywalker’ Finale To A Beloved ‘Star Wars’ Saga?