The Rise and Journey of Jimmy Fallon: Comedian and Late-Night Talk Show Host 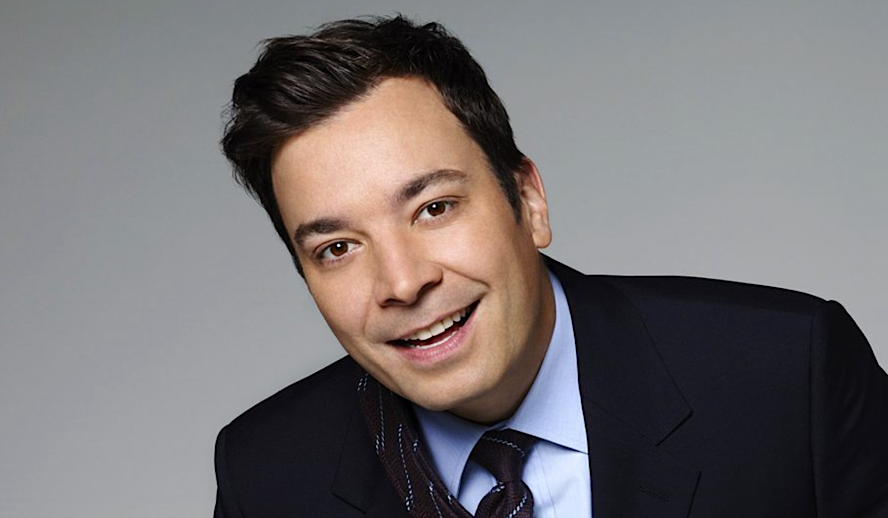 Late-night talk show hosts have been gracing television screens for decades and have continued to make us laugh and see our favorite celebrities in ways that we would not be able to experience without them. The 2000s have brought a variety of excellent comedic talk show hosts from Conan O’Brien, who recently made the decision to leave his long-time show, to Jimmy Fallon, who famously got his big break in 1998 on ‘Saturday Night Live.’ Jimmy Fallon has continued making people laugh for two decades now with his late-night talk shows ‘Late Night with Jimmy Fallon’ (2009-2014) and ‘The Tonight Show Starring Jimmy Fallon’ (2014-present). Jimmy Fallon is hilarious, witty, and overall a pretty charming guy, which explains how he has continued to grace television screens since the 1990s.

Jimmy Fallon has not only made a name for himself in the late-night and comedy world he also has his fair share of acting, producing, and writing credits as well. In the early 2000s, he had roles in movies and television series such as ‘Taxi,’ ‘Almost Famous,’ and ‘Family Guy.’ More recently, Jimmy Fallon has also starred in movies, and television series, such as ‘Beto Breaks the Internet,’ ‘Only Murders in the Building,’ and ‘Marry Me.’ Over the decades, he has continued to keep his place where it all started at ‘Saturday Night Live’ with his last time starring on the show as recently as last year. Overall, this New York-born and raised comedian has been making people laugh for decades now and will go down in history as one of America’s greatest late-night talk show hosts of all time. There is no telling what he will do next.

Jimmy Fallon (James Thomas Fallon) was born on September 19, 1974, in Brooklyn, New York, to his parents Gloria Fallon and James Fallon, Sr. Growing up, he was known for his quick-witted personality, and it has even been mentioned before that in his eighth grade yearbook he was voted “Most likely to replace David Letterman.’ Jimmy Fallon made that superlative somewhat of a reality when he actually did star as a guest host on ‘The Late Show with David Letterman.’ During his college-age years, he attended College of St. Rose in Albany, where he would drop out just before graduation to move to Los Angeles in pursuit of a comedy career. It has been mentioned before that Jimmy Fallon was an extreme fan of ‘Saturday Night Live’ growing up. I am curious whether he ever realized just how big he would make it one day.

While in Los Angeles, he landed a manager and found himself performing stand-up at famous comedy clubs such as the Improv, which is known for a variety of comedy appearances from comedians such as Jerry Seinfeld and David Letterman. Jimmy Fallon also joined classes with the Groundlings, a famous comedy troupe known for other comedy talents such as Melissa McCarthy and Maya Rudolph. It wasn’t long until Jimmy Fallon decided to go back to his roots, and he moved back to New York where he would get his big break in a second audition for a spot in ‘Saturday Night Live’ in 1998 where he would famously make the creator of the show Lorne Michaels laugh which apparently is not a common thing to happen in auditions for the show. Jimmy is known for his celebrity impressions, and this is exactly what he did to win over the crew that day, and the rest would be history.

Next Steps in His Life

Jimmy stayed on ‘Saturday Night Live’ from 1998-2004, which would bring him great success and would open the door to a vast amount of opportunities for himself in the future. His success on ‘Saturday Night Live’ brought him to serve as a co-host for the 2001 MTV Movie Awards and 2002 MTV Video Music Awards. In what would become his last season on ‘Saturday Night Live,’ Jimmy decided he would make an attempt at taking on the acting world, ultimately revealing that taking on the two projects was almost impossible, which explains why his time on the show came to an end. As mentioned before, Jimmy Fallon has starred in a variety of films and television series over the years, but in reality, film was not his calling at the time.

He found himself presented with an opportunity, thanks to Lorne Michaels, in 2008 to take over NBC’s ‘Late Night’ franchise which would catapult him into the successful late-night talk show host that he is today. With much success with the franchise up until 2014, it would then be announced that Jimmy would be taking over the ‘The Tonight Show’ following Jay Leno’s exit from the show. His work as a comedian and late-night host over the decades has proved to provide him with great success with several wins and nominations under his belt. One thing is for sure Jimmy Fallon has comedy nailed down and is here to stay for a while.

Jimmy continues to serve as the permanent host of ‘The Tonight Show,’ and I can’t imagine him doing anything else for a long time. I do hope to see him on ‘Saturday Night Live’ soon with his celebrity impressions or really anything else that showcases his hilarious personality. He continues to make interesting appearances through a variety of films and television series as well as comedy albums. There is really nothing Jimmy Fallon can’t do, and this is exactly why he will be remembered for a very long time. Jimmy Fallon will next be seen in ‘Marry Me’ with Owen Wilson, directed by Kat Coiro. Jimmy Fallon will also next serve as a host on the television series ‘That’s My Jam’ with Ariana Grande. Jimmy Fallon’s next project will be ‘Love Joy’ starring and written by Joyelle Johnson.