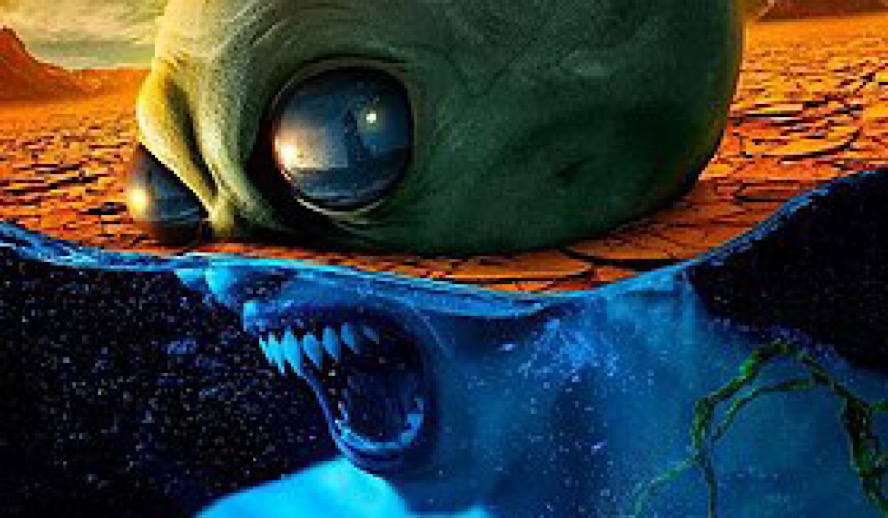 What To Expect From the American Horror Story Season 10

It’s been nearly ten years since the first season of the wildly popular horror anthology series ‘American Horror Story’ first premiered on FX. Created by Ryan Murphy (‘Glee’, ‘Scream Queens’) and Brad Falchuk (‘American Crime Story’, ‘Pose’), the duo have nine successful seasons in the bag and are just days away from sharing their upcoming tenth season with the world. As viewers know by now, each season features a new storyline, setting, time era, and a new cast (minus a few familiar faces who jump from season to season to play completely new characters). The tenth season titled ’American Horror Story: Double Feature’ premieres August 25, 2021, and will, as you may have guessed by the title, feature two separate storylines.

The first six episodes are set by the sea in Provincetown, MA., and will highlight the first storyline titled Part I: Red Tide, the remaining four episodes are set by the sand, Part II: Death Valley. From what we know about Part 1, the story follows a pregnant wife and her writer husband (Lily Rabe as Doris and Finn Wittrock as Harry) who move to a sleepy beach town with their young daughter in hopes that he can focus his creativity and break his writer’s block. Little by little they get to know the town’s locals who assure Harry he will find an abundance of inspiration in their small town.

However, not everything is exactly what it seems and Doris worries that this sinister town may not be safe for their growing family. AHS alumni such as Evan Peters, Sarah Paulson, Adina Porter, Billie Lourd, Leslie Grossman, and Frances Conroy will appear this season as well as newcomer Macaulay Culkin (‘Home Alone’) as Mickey. What we can detect from the Part I trailer is that viewers are in for another terrifying treat that includes dismembered body parts, a deceiving scientist, and plenty of blood.

As we prepare for a new season of ‘American Horror Story’, let’s backtrack to where it all began with season 1: Murder House.

The very first season of ‘American Horror Story’ premiered on October 5, 2011, and concluded on December 21 of that same year. This season follows Ben Harmon (Dylan McDermott), his wife Vivien (Connie Britton), and their teenage daughter Violet (Taissa Farmiga) who are settling into a newly restored victorian mansion in Los Angeles from Boston to escape their past traumas. Ben works as a therapist and he sees patients (rather colorful ones I might add) out of his home, one of which, Tate (Evan Peters), who ends up befriending Violet. As past demons reprise, the Harmon family quickly finds out that moving out of their new home won’t be as easy as they hope considering the gruesome history of the house and all the murders that were conducted there.

With thirteen episodes spanning over October 17, 2012, and concluding January 23 of the following year, this season was set in 1964 and follows the patients and staff of Briarcliff Manor, a notorious mental institution for the criminally insane. Journalist Lana Winters (Sarah Paulson) is aiming to get the full story behind the institution and expose the staff for mistreating their patients. Confessions are made, secrets are revealed, and the dark reasons behind patients’ admissions become clearer with each episode.

This season takes place in New Orleans during 2013 and follows, as you may have guessed, a coven of witches. Coven focuses on Zoe, (Taissa Farmiga), who discovers her unique gifts as a witch and obscure lineage that dates back to the Salem Witch Trials. She is forced to attend Miss Robichaux’s Academy for Exceptional Young Ladies where she is greeted by a slew of colorful young females. The season marks the ‘American Horror Story’ debut for Emma Roberts, Kathy Bates, Angela Bassett, and Gabourey Sibide. While not one of the scariest seasons, it displays impeccable character work and an enticing female leading storyline.

This is the first season of AHS where actors have reprised their roles from previous seasons and are not strictly anthological. This season is set in Jupiter, Florida during the ’50s and depicts the story of one of the last standing “freak shows” in America and follows the strange performers (freaks) and individuals desperate to make a living as performers.

Hotel pushed many boundaries for the AHS fandom for the fact that this season wasn’t led by one of the series’ alums, but instead starred newcomer, and superstar, Lady Gaga, who serves as the hotels’ owner, best known as “The Countess”. This season centered around the fictional Hotel Cortez (loosely based on the findings and stories gathered from the infamous Cecil Hotel, located in Los Angeles, California) while the fearless homicide detective, Wes Bentley (John Lowe), is eager to explore Cortez’s past guests (and ghosts) that have visited/haunted the hotel.

This season took a different approach from its precedes by starting off “documentary style” following married couple Shelby (Lily Rabe) and Matt (Andre Holland) as they move into their North Carolina farmhouse that was built on the land that the Roanoke Colony moved from after their disappearance. The couple recounted their experiences living in the house accompanied by frightening reenactments while later episodes evolved into the “found footage” style when the couple return to the home in which they were once terrorized.

A painfully realistic season that centered around a cult terrorizing the fictional town of Brookfield Heights, Michigan in 2017, following Donald Trump’s win for presidency. A cult goes out to terrorize the residents and specifically married couple Ally and Ivy Mayfair-Richards who is distraught over the news of the election and their relationship wanes as a result.

Unlike the previous seasons, this one takes place in the near-distant future after nuclear missiles have destroyed most of the world and an apocalypse ensues. Only select individuals have been given the privilege to survive in a bunker if they obey strict rules and will withstand severe punishments if any of those rules are broken. As the months pass, food and essential supplies become limited creating tensions and fears of what life they have left to live.

Set in, you guessed it, 1984, this season primarily follows AHS alum Emma Roberts, (this season playing Brooke Thompson) who attempts to escape her hometown for a few months by working as a counselor alongside her best friends at Camp Redwood for the summer. Brooke and her friends soon realize that camp is no escape at all and is in fact even more terrifying than their life back home once they are terrorized by the deranged murder of Mr. Jingles who has escaped the local insane asylum and is headed toward camp to finish the massacre he started.

The tenth season ‘American Horror Story: Double Feature’ premiers on August 25 on FX and can be streamed on Hulu the following day. The season is set to conclude just days before Halloween of 2021.