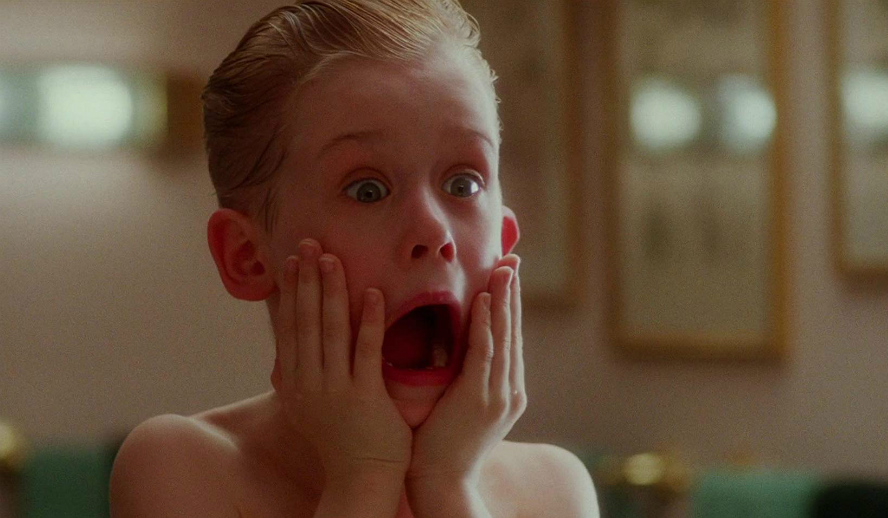 Home Alone has become synonymous with the holiday season. Like beloved traditions and gifts under the tree, the film has been hailed a holiday classic in the years since its release in 1990. Director John Hughes, known for 80’s cult hits such as The Breakfast Club, Pretty in Pink, and St. Elmo’s Fire, revisited his comedic habitat with Christmas on his agenda. Watching Home Alone as a child fills you with delight and Christmas magic, but as an adult, you can’t help but wonder how the McCallister family could afford to foot the bill for airline travel for 15 people? What’s with all the pizza? Even further, what would happen if a child was left alone at home in today’s society? Would the apathetic response Kevin’s mom received from local authorities play out the same way? It is said that art imitates life, but when working with real world concepts and storylines, accuracy lies in the details. Attempting to connect logic to the details weaved throughout Home Alone isn’t a feat for the Heat Meiser, so let’s sprinkle some reasoning on the sacred holiday classic.

Holiday Air Travel Can Turn Anyone Into a Scrooge

In the film, the McCallister family travels to Paris to celebrate the holiday. Despite leaving one ticketed passenger behind, Mr. McCallister’s brother, Rob McCallister, covered the expenses for his entire family. It is stated during the opening scene that he footed the bill for the entire family to be together for Christmas. Peter McCallister, his wife Kate, and his brother and sister in law were shown flying on American Airlines in First Class. The family lives in Chicago, so we can assume they departed from O’Hare International Airport. An American Airlines coach ticket for a direct flight from Chicago, Illinois to Paris, France in 2019 would cost approximately $1,200 during the same week as Christmas. If Kevin’s uncle Rob McCallister paid for eleven coach tickets, he will be shelling out about $13,200. On top of this, the adult tickets in First Class set Mr. McCallister back $8,477 each. In airfare alone, the McCallister uncle coughed up over $47,000! Granted, the airline ticket cost at present is hard to compare to the price of travel in 1990, however, during the past 30 years ticket prices have dropped as much as 50%. Under this assumption, one must assume the McCallister’s boarding passes cost anywhere between $47,000 to $80,000! Legend has it, when in the presence of Rob McCallister, you’ll hear Shirley Bassey’s “Big Spender” playing softly in the background.

In the opening scene, the McCallister family receives a delivery of ten pizzas. Little Nero’s, the fictional restaurant that brings the dinner, has priced the ten pie delivery at $122.50. On top of this, the driver coyly reminds them he needs a tip. At present, the average price for a large pizza in the Chicago area is $11.65. The price is roughly the same as it was in 1990. Feeding the McCallister brood would cost approximately the same amount today. An oddly placed police impersonator cross examines the residents who walk passed him, all while perched next to the pizza boy. Did someone say warrant? 2019 did, and it would like to point out that a police officer wouldn’t likely enter someone’s home and start questioning those in it like Harry – trying to play both sides of the law. While it may seem like an unnecessary scene, the pizza marks a pivotal change in the movie’s pace. The storyline for the Wet Bandits is planted, and the epic pizza battle between Kevin and his callous older brother Buzz lights the fuse that leads to Kevin’s ostracization to the attic. In essence, the pizza galvanizes the predicament that frames the whole narrative. While the boys bicker over the last slice of cheese pizza, milk is spilled across the kitchen counter. The argument ensues with Buzz calling Kevin a “such a disease.” News flash, Buzz… diseases don’t typically get left behind when you go on vacation, they follow you everywhere. While the McCallisters are crying over spilled milk, their youngest son is wishing them away. The perfect storm is brewing, and it has nothing to do with the frostbite-inducing weather outside. As the wind howls outside the McCallister residence, Kevin is snuggled in bed while visions of being home alone danced in his head.

“I Made My Family Disappear”

The plot of Home Alone is based on Kevin being left alone while his family travels to Paris. Unbeknownst to Kevin, a power outage knocks out power to his house, rendering his parent’s alarm clock useless. Melee ensues and his family eventually arrives at the airport and boards their flight in a mad dash. When Kevin wakes up and finds himself alone, he thinks a Christmas miracle has occurred and believes he made his family disappear. Rather than fearing for himself, he roams his home freely and over-indulges in sweets. The only thing standing in Kevin’s way from being completely liberated is his terrifying furnace in the basement. It is important to note, Kevin is only eight years old, so his irrational fear makes sense. Unlike Kevin’s nonchalant approach to new found freedom, his mother realizes mid-flight that he is missing. Contacting authorities the moment the plane touches ground, Kate McCallister is met with apathy from the local police department. Being transferred back and forth, the unconcerned officer mentions he will send someone to the house to check on Kevin. In no hurry, officers meander over to the McCallister residence to find a quiet, seemingly empty home. No further action is taken. As the viewer, we know Kevin is hiding, presumably out of fear. Rightfully so, as the Wet Bandits are hot on his trail. As expected, this scenario would play out very differently in present day. Child Protective Services would be all over the situation like white on rice. They would likely investigate the circumstances. The parents who left the child home alone may be subject to criminal penalties for child abandonment or child endangerment.  If the child welfare agency concludes that the parent was subjecting the child to endangerment by leaving the child home alone, the agency may have the child removed from the home. Alternatively, they may file a petition with a family court to have the child removed from the parent’s care. Home Alone’s approach to the child abandonment predicament saw no legal consequences for the McCallisters. The only people in hot water with the police are the breaking and entering, notoriously stupid Wet Bandits, Harry and Marv. Harry chastises Marv for blowing their cover by leaving the sinks running in every house they hit. After all this predatory destruction, it’s likely the Wet Bandits would still be serving time. However, a less popular theory suggests the Wet Bandits would be within their right to sue the homeowners responsible for such unsafe conditions. Is this theory plausible? The world may never know. Rumor has it that Disney is seeking to develop a remake, but will the questions ever be answered? It is widely accepted that you can’t strike gold twice, but if you’re Kevin McCallister, you can strike robbers in the head twice.