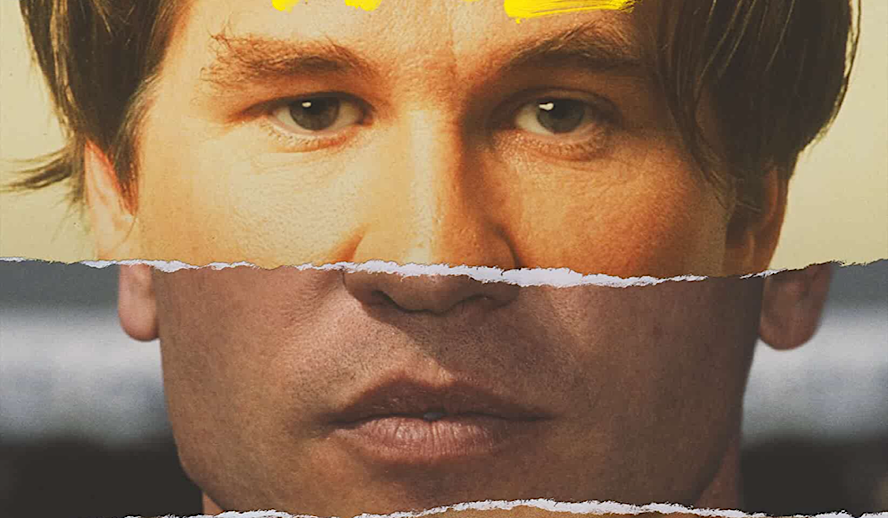 Many dream of “making it” in Hollywood, and as countless failed stories come across, few others have flourished. Val Kilmer’s career is one that thrived enviably. During his time, he was one of the highest-paid actors in the industry. Now, the audience gets to see a genuine behind-the-scenes of a Hollywood movie star.

Directed by Ting Poo and Leo Scott, ‘Val‘ is a heartwarming and vulnerable story. ‘Val’ follows the life of 90s movie star Val Kilmer and shows the struggle of an actor past his prime. It feels as if ‘Val‘ has been years in the making, as the documentary opens with real home footage of Val Kilmer’s childhood. In the beginning scenes, the film showcases the Californian ranch Val grew up in, the relationship he had with his parents, and the tragic circumstances that lead to his brother’s death. The story develops into a heartfelt journey that transports you to Val Kilmer’s present state.

Val Kilmer is no stranger to tragedy, and his sickness shows him in a different angle. Val’s fight against cancer, resulted in the use of a voice box. His different perspective of death makes him an interesting subject to talk to. Val chose his son, Jack Kilmer, to read his words and narrate his life throughout the film. Jack Kilmer has a similar soft and personable tone as the one his father once had before chemotherapy. Jack takes us through a nostalgic recount of Val Kilmer’s life and highlights a perspective about him not seen before. Jack Kilmer’s presence feels much like his father’s, as the narration accomplishes to give a sense of familiarity and love throughout. The documentary could not be any more close and personal, as ‘Val‘ shares intimate scenes that portray the beautiful relationship with his kids, Jack and Mercedes Kilmer.

‘Val’ – Where The Character Ends and The Person Begins

The sole inspiration for this film was acting; Val Kilmer presents his career and his love for the craft with pride and passion. He chooses to unwrap it all and do it backward, unfolding the truth of where the character ends and the real Val Kilmer begins. The documentary is exceptionally personal and filled with only a bona fide attitude.

There’s nothing an actor aspires more than to be raw and organic in their performance, and this documentary achieves just that. Val Kilmer approaches the documentary just like the storyteller he is, without inhibition or fear, ready to show himself bare to his audience.

There are No Small Parts, Only Small Actors

Although at his peak, Val Kilmer famously played roles such as Jim Morrison in Oliver Stone‘s ‘The Doors‘ or Iceman in the commercially acclaimed film ‘Top Gun‘ along with Hollywood king (at that time) Tom Cruise. Val is not shy to admit with humility those times when he was replaced in a role by a better-known actor, and he speaks wisely about the learning experiences throughout. A young Sean Penn, Kevin Bacon, and a few other known actors are part of the footage that Val Kilmer accumulated over the years.

Watching Val Kilmer’s passion for the craft of acting through his life journey and career was admirable. He accomplished to shine through the screen the pure love for his chosen profession. Throughout the story, we see bits and pieces of Val’s transition from a child into a grown man. Val Kilmer speaks clearly about his growth as an artist, using beautiful references and metaphors and explaining the inspiration behind each decision he ever made.

When entering the entertainment industry through the open doors of Hollywood’s big screens, Val Kilmer quickly realized that Hollywood was not as adamant about the craft as he was, but rather more analytical about the money-making part of it. He then realized that Stanislavsky’s famous saying, “there are no small parts, only small actors,” could not be more true, and he adapted into always playing each and every role with the same passion. It is evident, Val Kilmer approached creating ‘Val‘ with the same devotion, intensely delivering his life story with all that he had. I mean, sixty years of living and thirty years of an acting career cannot be half told, especially if your name is Val Kilmer.

The illusion behind the idea of a movie star is far beyond the truth, and the way Val Kilmer approached to tell his story feels overly authentic. The film is quite enjoyable as it takes you through the sadness and the joy of a human being, it is often impossible to not tear up at the same time as Val does. It is an educational piece for anyone wanting to follow the believed path into the life of an actor.

‘Val‘ is not just another boring memoir recounting the success of an acclaimed actor, telling the story of the amazing life of the rich and famous, nor a story about the exclusive elite and a Hollywood A-lister. It is a reality and a heartfelt story of a man who followed a dream, accomplished it, built upon it, but life always happened to him.

Instead of glamorizing the life of a Hollywood actor, as it often is, Val Kilmer chose to be vulnerable and a hundred percent honest with his audience. He is not playing a part; he is a human being in front of an unforgivable lens.