The Rise and Journey of America Ferrera: Everyone’s Favorite Longtime Actress and Activist 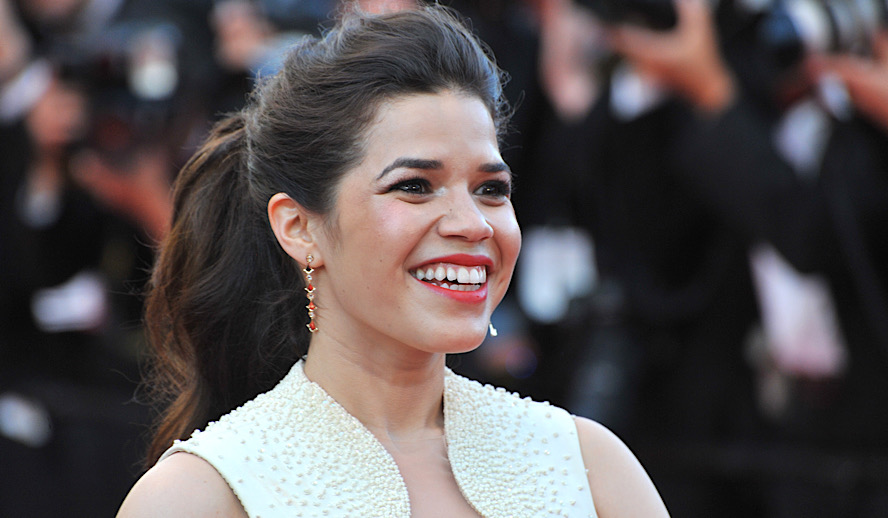 You may recognize the name America Ferrera from several popular television series and movies such as ‘The Sisterhood of the Traveling Pants,’ ‘Ugly Betty,’ or NBC’s ‘Superstore.’ She is a well-accomplished actress with a wide range of activist work under her belt including her part in the founding and creation of Harness, an organization that strives to create positive change through the power of storytelling.

She has been nominated and has won numerous awards for her acting and activist work. To name a couple, she won an Emmy in 2007 for her work in ‘Ugly Betty’ and was a recipient of the Hispanic Heritage Foundation’s Inspira Award in 2010 for her activist work.

America Ferrera has continuously added to the conversation and used her platform to support many political and social issues. Some of these issues are immigration, voting turnouts, women’s rights, and more.

Most know and love America Ferrera for her quick-witted personality on and off the camera, and her continued inspiring comments about body positivity and social activism, but not a lot of people know about her early life and where her career began. Here’s a tiny snippet of how America Ferrera became the successful actress and activist that she is today.

America Ferrera was born on April 18, 1984, in Los Angeles, California. Her acting career began early as she began acting in school plays at the young age of seven and went on to attend college at the University of Southern California, graduating with a double major in theatre and international relations.

Her academic endeavors and early acting experiences would appear to be beneficial as she began receiving many roles that are still well known today.

Her earliest work began in 2002 with parts in ‘Real Woman Have Curves’ and ‘Gotta Kick it Up,’ but she truly started gaining a large following as the popular movie and television show,

Though many know America Ferrera for some of her early works, she has also starred in many recent popular television series and movies. For example, she is the voice of Astrid Hofferson in all of the ‘How to Train Your Dragon’ movies and series and stars as Amy Sosa in ‘Superstore,’ a show about the personal and work lives of the employees of a large grocery store similar to Walmart, some might say.

‘Superstore’ is her most recent acting role, and the show actually ended this year, leaving her open to other roles within the industry. She does not have any new acting roles coming up, but she is busy producing the Netflix original, ‘Gentefied,’ while constantly guest starring on talk shows like ‘The View’ and ‘Late Night with Seth Meyers.’

She also is set to direct ‘I Am Not Your Perfect Mexican Daughter,’ which does not yet have a release date, but I am personally so excited.  America Ferrera has also given a TEDTalk in 2019 speaking on the power that storytelling holds and has frequently starred in podcasts over the years.

America Ferrera is obviously well known for her work as an actress, but some may not know the significant role she carries in the activism world. On the political spectrum, America Ferrera has consistently been spotted alongside her endorsed presidential candidates and their political campaigns, along with her added work with organizations and campaigns to encourage Latinx voting in the United States.

She also delivered a speech at the 2017 Women’s March Washington D.C. that would prove to be just as amazingly powerful and moving as we all thought it would be coming from America Ferrera herself. She also took a stand in the #MeToo movement as she spoke about her personal experience with sexual assault in a moving message that would help add to the conversation. As mentioned above, she is the co-founder of Harness, but she is also one of the creators of She Se Puede, a digital platform aimed at engaging and empowering Latinas.

Overall, America Ferrera is continually working to help better the lives and futures of underprivileged communities in the United States and the world overall. Her constant work towards and for the betterment of underrepresented communities, immigration, women’s rights, and more has genuinely proven her ability to use her large platform to create positive societal change.

Why America Ferrera is Amazing

As if the long list of facts of all of her accomplishments and political and social work wasn’t impressive enough, here are some more reasons America Ferrera is the best. First, she does not hold back. She consistently comments and adds more onto many conversations, such as women’s rights and underprivileged communities in the United States. This is refreshing to see in celebrities or people with platforms in general, as it seems at some points, some celebrities hold back.

Second, she is always using her platform and success for good. She uses her platform to reach out and encourage voting, bring awareness to underrepresented communities, help in the success of underprivileged communities, and focus on the betterment of children. What can’t she do at this point? Third, she understands and voices her opinions on the negativity of body shaming and the assumptions that come along with peoples’ appearances. People are constantly struggling with body issues and the way others judge based on outward appearance, but America Ferrera will have none of it.

Overall, America Ferrera sets an excellent example of how celebrities and well-known people can use their success and platforms to speak on issues and topics that sometimes do not see the appropriate light within society. America Ferrera is incredible.

America’s next project will be ‘I Am Not Your Perfect Mexican Daughter,’ which is still in development.