Why Everyone Likes True Crime So Much; How A New Genre Has Emerged 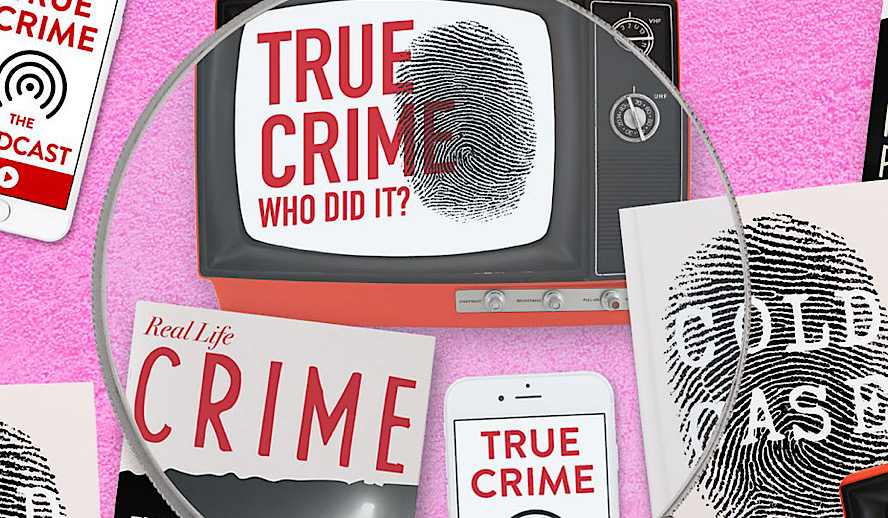 In the last few years, it feels like there has been an explosion of new content relating to true crime. From podcasts to television shows, millions of people have become fans of listening to brutal, and real, stories.

People listen to murder podcasts while working out in the gym and driving home from work. They watch television shows depicting horrific crimes while lying in bed scrolling on Instagram, and new films are being made every day about real events. The genre has been around for hundreds of years, and in the last decade, more content than ever seems to be available at our fingertips.

While they can be entertaining in a morbid way, what are the costs of exploiting the brutality of humanity?

Some of the most recent sensations have been surrounding true crime. Podcasts are perhaps the most popular format with hundreds of different shows to pick from. “We might argue that true crime podcasts are the greatest entry point into the genre. Not only does the audio component help to avoid any gory visuals, but the podcasts sphere is usually led by vetted journalists, historians, and other commentators,” said Esquire. When the 2014 podcast ‘Serial’ was released, it became the fastest podcast to reach 5 million downloads and streams in iTunes’ history according to Time.

There has also been a slew of serialized programs that delve into injustices that have been committed. ‘The People v OJ Simpson: American Crime Story’ was a dramatization of the trial for Nicole Brown Simpson’s murder. ‘Making A Murderer’, ‘Abducted In Plain Sight’, ‘Leaving Neverland’, ‘Athlete A’ were all documentaries that were widely successful and deeply disturbing. ‘Extremely Wicked, Shockingly Evil and Vile’ featured Zac Efron as Ted Bundy, the famously charming serial killer.

Longstanding procedural shows, while scripted and typically fiction, have remained popular. Examples include shows such as ‘Criminal Minds’, which several times utilized real-life cases as a basis for plot.

According to Gemma Flynn, a lecturer in criminology at the University of Edinburgh, there has been a shift in themes around crime-related content. She said to the BBC, “Serial popularised true crime media, which was not about victimization anymore, but miscarriages of justice. I think actually that’s been a really positive shift in the true crime genre, because what it’s been doing with Making a Murderer and along with fictional programs like Orange is the New Black, they create interest in the idea that the criminal justice system itself does not work, which is something that in criminology we’re very interested in providing some focus on.”

Grizzly crimes as forms of entertainment are nothing new really, going as far back as human history. From public executions to Victorian-era tabloids to TMZ, it turns out humanity is drawn towards misfortune.

To be more specific though, criminologists have traced true crime obsession back to 1888, when Jack the Ripper killed and mutilated at least five women in London. “His crimes were the first to garner global attention, due in part to their depravity and in part to the evolution of broadsheet newspapers, according to Bonn. Interest in the killings prompted newspapers to change their storytelling strategies by printing more salacious headlines and cover images to increase sales,” according to Time. Why is that?

What is it that draws so many people to learn about horrific crimes for fun? Some argue that the structure of a crime easily translates into a compelling narrative: there’s a hero, a villain, mystery, a traumatic event, and hopefully a satisfying resolution. According to Esquire, “Perhaps it’s our desensitization through media that has increased our appetite for violence—and ability to consume it without our stomach-churning. Or, maybe it’s the advent of reality television and social media that has made us increasingly eager to treat intimate details of real people’s lives like our favorite soap opera.”

Women make up the majority of fans – nearly 75% – of true-crime podcast listeners. Even though in the United States, men are murdered more than women each year, victims in true-crime entertainment are overwhelmingly female. Perhaps it is why they find such a connection in the stories. Some psychologists believe that female viewers are pulled to the genre in order to learn survival strategies or understand what to do differently.

In her book Regarding The Pain of Others, Susan Sontag analyzes the differences between photography as documentation of historic events versus exploitation of tragedy. “For all the voyeuristic lure- and the possible satisfaction of knowing, this is not happening to me, I’m not ill, I’m not dying, I’m not trapped in war – it seems normal for people to fend off thinking about the ordeals of others, even others with whom it would be easy to identify,” she writes.

While understanding that there is no clear answer to why crime-centered entertainment is, and always has been, so popular, there are many different beliefs as to why. “As objects of contemplation, images of the atrocious can answer to several different needs. To steel oneself against weakness. To make oneself more numb. To acknowledge the existence of the incorrigible,” offered Sontag.

Where is the line between information and exploitation? For the victims of these crimes, their families are often the ones left to see the commercialization of their trauma. In some cases, it creates problems between content creators and families. For example, the 2017 podcast S-Town was sued by John B McLemore’s estate after revealing intimate details without their consent. Some families even reveal traumatizing moments of seeing their loved ones on news reports or social media. “That anybody benefits—through monetary gain or personal titillation—from domestic murder, sex crimes, and grotesque violence seems distasteful, and so we want to consign true crime to the lowest rungs of culture. Yet the genre’s long, rich history shows us that there is much more to true crime than penny dreadfuls and blood-spattered paperbacks,” according to JSTOR.

Although human tragedy is something that humans have always found enticing, like not being able to look away from a car accident, there should be some limitations. Crime content can be beneficial, such as what Boling suggested. Her study examined multiple areas, including how hosts are interacting with their audience members to “present a counter-narrative to create awareness and improve understanding while simultaneously empowering victims to seek assistance and shed the stigma of shame that is prevalent for victims in our society.”

Ultimately, everyone has trauma in their lives. True crime fans create a virtual community where stories can be destigmatized and advocate for voices that can no longer speak for themselves. It should be done with decency and respect to the victim’s loved ones, who have suffered terribly. There is a line between education and profiting off of tragedy, and true crime creators should be aware of that line when working in their respective media. For fans consuming their material, it’s never a bad idea to check in with yourself: these people were real. These people mattered.