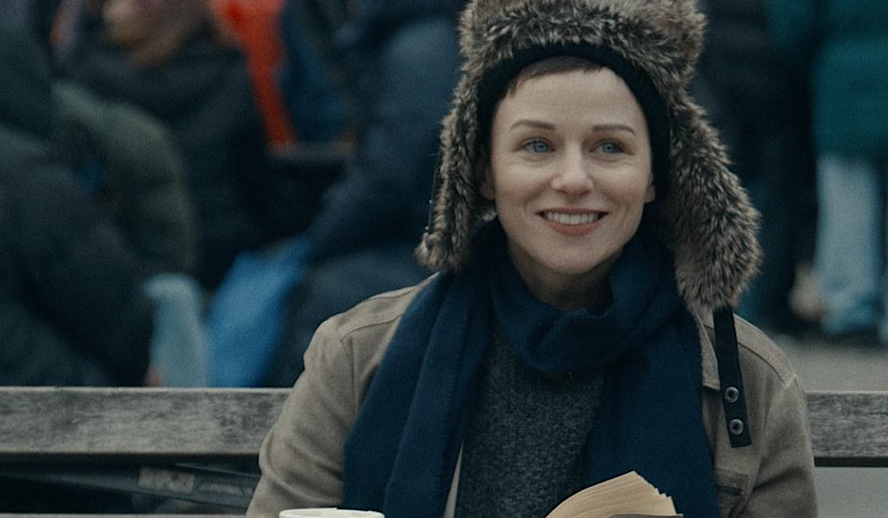 What extremes would you go to in struggling times in order to take care of yourself and the most important person in your life? Would you risk your health or your life? This is a tricky question to really consider if you’re not in a precarious position at this point in your life, but ‘Implanted’ offers a storyline from a similar point of view and will be released on October 1. In 2023, a couple of years following the pandemic, Sarah (Michelle Girolami) is down and out in Brooklyn, dealing with her financial troubles while also caring for her mother with Alzheimer’s.

In her journey of attempting to make ends meet, she signs up to be a test experiment for a new kind of artificial intelligence nanochip in exchange for financial compensation. The nanochip is described as something that will protect your body at the sight of any diseases or illnesses, and did I mention it has to be inserted into her brain? Like I said before, would you give this kind of nanochip experiment a try if you were financially struggling and knew you would receive some kind of financial compensation? Once again, it’s hard to say, but it all sounds excellent to Sarah until something goes very wrong.

From the title of this article, you could probably already tell that the chip was not going to turn out exactly how the experimenters explained it. In the trailer for the film, before Sarah knows it, she is stricken with weird flashes of technology that we get to experience as viewers as well. There’s also a voice that is able to talk to her through the chip in her head, which quickly informs her that the chip is in complete control of her now and she will have to obey every command that she is given by the chip.

The trailer cuts to Sarah obeying the chip’s commands which are pretty dark and violent, with the chip leading Sarah to kill a scientist if the scientist does not agree with whatever Sarah has been told to say. It’s not clear from the trailer who the bad guys are in the film besides the chip, obviously, so I am curious if all of the scientists are working against each other in some way. Sarah somehow realizes she is being controlled and, in return, committing violent crimes. It is not telling from the trailer whether Sarah will be able to get rid of the chip in some way or if she will ultimately die, but that is the point of the trailer, I suppose. Either way, I can’t wait to see if Sarah is able to overcome the chip and live her life again.

I wouldn’t call this film so much a dystopian film because Sarah still seems to live in the society we know now, but probably more of a science fiction film. This film is considered a science fiction film because it offers a futuristic concept that we do not know of or about in today’s society. Conspiracy theorists might argue, though, that nanochips are circulating in the science field already. Still, for now, we will imagine what that would be like through ‘Implanted.’ Science fiction films are always interesting because viewers are experiencing how the storytellers, or writers, in this case, Fabien Dufils and David Bourgie, would imagine nanochip implantation in society.

Obviously, it’s just a story, but it does make viewers think and wonder about the different ways artificial intelligence could find its place in our society. The film was written with experience with Fabien Dufils taking writing science fiction before. ‘Implanted’ is not Fabien Dufils’ first take on science fiction or dystopian societies; in 2018, he wrote and directed ‘2038,’ which is a short that examines what an overpopulated society might look like in the year 2038 in New York. There are a variety of science fiction and dystopian films out there, but ‘Implanted’ is a little unique in that it follows the timeline we are living now with mentions of the pandemic.

Will Sarah live or die?

As mentioned before, we will not ultimately know the rest of Sarah’s story unless we watch the film, but I am curious if she will live or fatally die from the nanochip. I am also curious just how much control the chip has over her considering she is able to recognize that she has a mind-controlling chip in the first place. Will she obey the chip for the rest of her life and face the consequences that come along with it? Or will she find someone who wants to help that helps her remove the chip from her head?

We can see Sarah getting her brain scanned in a doctor’s office setting, but will they even be able to see it? I hope Sarah can live and get revenge on the people preying on others who are already struggling in some way in their lives. In the trailer, we can also see the nanochip telling Sarah that if she doesn’t obey, her mother will be harmed, which is also so low and shows that these people controlling her are incredibly heartless and dangerous people.

Overall, ‘Implanted’ is modern in the way that it takes place in society in 2023, which is only two years away now. The concept of an evil “nanochip” seems pretty far-fetched for us now, but that’s the fun in science fiction; it makes us imagine and consider how society or technology could be different in the future. I can’t wait to see how the film plays out and whether or not Sarah defeats the evil people controlling her.