‘Wolf Children’ Will Always Be an Everlasting Heartfelt Film 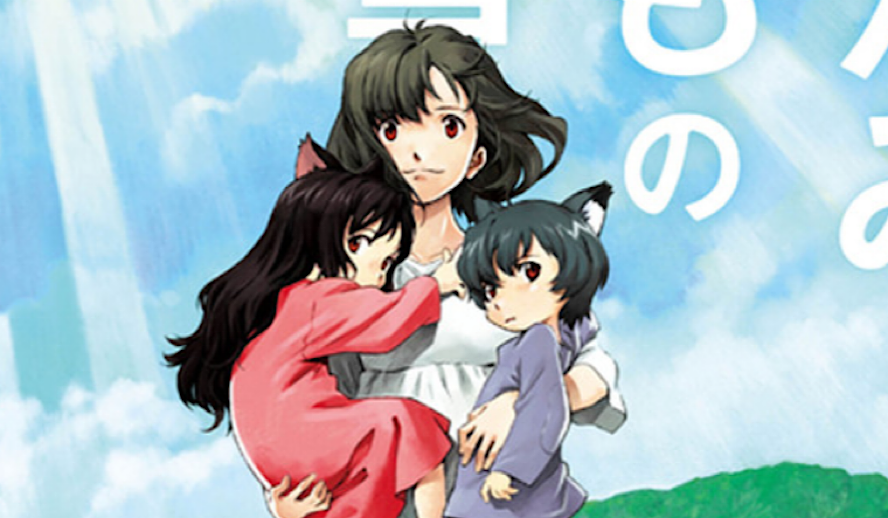 Ever since I was born, dogs and wolves have always been an obsession of mine. To this day, I joke that if any piece of media has a wolf in it, it’s automatically a ten out of ten for me. Therefore, when I came across this film as a child, I truly loved it because it focuses on werewolves growing up and coming to terms with who they are as people but I never understood the true message because I was so young. ‘Wolf Children’ has always been one of my favorite films of all time because duh, werewolves! But also, the music and animation are so beautiful it reminds me of a Studio Ghibli film. Now that I’m older, I understand the true message of the story and what it means to grieve while still raising children that are “different” while never giving up and doing what it takes to make sure that they have a good life.

The official 10-year anniversary of this film is the Japan release date which is July 21, 2012, the film had a limited release in the United States on September 27, 2013. ‘Wolf Children’ is directed by Mamoru Hosoda and written by him and Sakoto Okudera. Then in addition to the film, two novels, and a manga written by Hosoda were released as tie-ins to the film. Now to get to the plot, the film focuses on the 13-years in the life of a young woman, Hana, who falls in love with a werewolf while in college and after he passes, she must raise her half-wolf half-human children Ame and Yuki.

If you plan on watching, prepare tissues because the opening of this film is similar to Pixar’s ‘Up’. The story, in the beginning, feels like a classic fairytale, and re-watching it makes me wish that the outcome was different for the Wolfman. I really love the montage of them falling in love and starting a life together. It reminds me of the process of falling in love or to put it simply the “honeymoon stage”, where all you have are exciting moments together and you wouldn’t trade it for the world. You’re still trying to understand each other and figuring out what works and what doesn’t. I’m a sucker for a good love story in the media, especially one that adds a supernatural factor to it. Thinking about how the Wolfman took the risk and revealed who he truly is to Hana and her accepting him is an act of true love. I love the concept of monsters falling in love with a human because as Guillermo Del Toro says “Monsters are the patron saints of imperfection. There is beauty and humility in imperfection,” and truly loving someone that’s imperfect in society’s eyes will always be beautiful to me.

‘Wolf Children’ at its core is a story about motherhood and the struggles of being a single mom. During the film, Hana is shown as a determined young mother who’ll do anything to protect her children’s identity while trying to give them a fulfilling life. There is no other family to help her and she can’t turn to other mothers for help because her children are werewolves. It’s unique the way they show the toddler stage because it’s like raising a puppy who talks. If you wondered how a werewolf lives a normal life, this film addresses all the questions you might have, like if a werewolf gets sick, do you take them to the vet or a hospital? Hana struggles with these questions herself and throughout the film, she wishes their father was there for guidance.

Hana is never shown to give up because she faces every struggle with a smile on her face and has a willingness to learn. I’ve seen comments of single mothers watching this film saying that they wish the film would show her breaking down from the stress because being a single mother is hard but that’s the beauty of the film. Without giving away spoilers, Hana’s attitude towards life is inspiring no matter if you’re a parent or not because things weren’t easy for her and she could’ve cried, screamed, and given excuses but didn’t. I love how she brought control back into situations where she lost it and continued handling whatever life threw at her. Everyone can take something away from this film and learn to enjoy the simple things in life.

Certain films feel better to watch at certain times of the year like watching Christmas films in December or Halloween films in October. ‘Wolf Children’ feels good to watch around spring and winter because nature plays a heavy role in this film. There are beautiful shots showcasing the different environments in the film, making the viewer feel comfortable and at peace. This film makes me want to move to the countryside and have a farm and simply enjoy nature. Hana tells her children to have respect for all animals they come across and allows them to have the experience of running wild and being wolves. There’s one scene in the film that fills me with absolute joy because as her children are tapping into their animal side, Hana is too. We see her let loose, howl alongside her kids, and feel the euphoric joy of simply being an animal.

What makes ‘Wolf Children’ amazing is how simple and mundane the story is. It can be viewed as a coming-of-age film as we watch Yuki and Ame grow up and figure out who they want to be in life. Hana being the loving mother she is, always gave them the option to be a wolf or human because it’s a complicated decision for them. You might say why can’t they be both however Yuki and Ame, are on different paths in life. It shows that siblings can be vastly different from one another and how that causes tension between them.

In werewolf films, they’re usually the villain or a side character to the vampires in the film. We never see werewolves in a positive light due to the history of wolves in general. ‘Wolf Children’ is my favorite werewolf film because being a werewolf is conflicting but can be a beautiful story about truly loving and accepting yourself. I highly recommend this film to anyone who loves anime and supernatural creatures like werewolves!