A Tribute to Tim Burton: Champion of the Outsiders 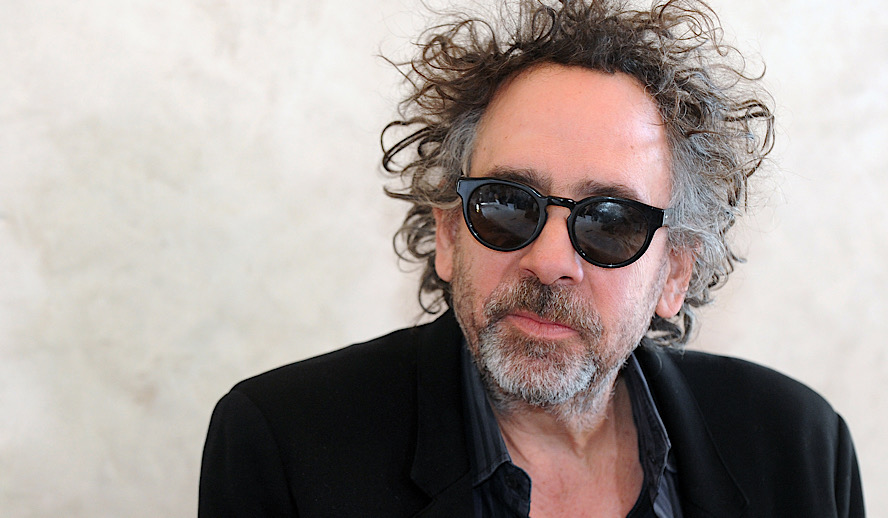 “I am not a dark person, and I don’t consider myself dark,” once said Tim Burton.

Unluckily for him, this is not the legacy he leaves behind – and a far cry from the work that the general public associates with him. Known for films such as ‘The Nightmare Before Christmas’, ‘Sleepy Hollow’, ‘Big Fish’ and more, Burton has established himself as a director privy to whimsical, fantastical worlds, with a macabre edge.

In 1980, Tim Burton began working at Walt Disney Studios as an apprentice animator after graduating from the esteemed CalArts. Ultimately, he left due to creative differences and clashing artistic sensibilities – which makes perfect sense if you’re familiar with his work. In essence, his work was too dark, too macabre for the family-friendly brand. In the book Tim Burton (Cahiers Du Cinéma), it even mentions how Burton was often found hiding in closets or working under his desk at Disney. He was antisocial and hard to connect with – even at the young age of twenty-two. Surprisingly, Burton would eventually return back to Disney to direct films such as ‘Alice in Wonderland’ and ‘Dumbo.’

These dark sensibilities were born from a young age, where Burton was influenced by the horror film genre and drawn to darker, more isolated places. According to History Daily, “he found solace in a cemetery at the end of his street, Valhalla Memorial Park Cemetery, not being fond of his life in this neighborhood.” Even from the beginning, Burton has always been one-of-a-kind.

Tim Burton – Creating a World of his Own

Often set in what most would consider as bleak environments, Burton’s films often deal with the crossroads between the living and dead. Sometimes this is more obvious, as in films like ‘Corpse Bride’ or ‘Frankenweenie,’ which quite literally parlay between those two worlds. Other times, it’s more subtle, as in the thematic sense of what is lively and what is instead decayed, or too far gone; what is accepted and unaccepted, what is known and unknown. In a more digestible sense, his films explore ideas that the living are unfamiliar with, even fear, making for a very spooky and haunting tone for much of his work. Sometimes, it can be seen as unpalatable for the general audience.

According to Burton and his critics, this dark world takes inspiration from the German Expressionism movement, Edgar Allen Poe, and the Gothic era. With harsh shadows, creating an unnerving quality to the world of the living, Burton creates an aesthetic tinged with uncertainty. Death is on the fringes. His incorporation of Victorian or Gothic elements results in a classic feel to his films, causing audiences to feel as if they’ve gone backwards to a more primitive time. This is also supported by the fact that most, if not all, of Burton’s films take place in the past – and rarely modern day.

However, sometimes this bleakness is traded in favor of a fantastical world – like in films ‘Big Fish’ or ‘Charlie and the Chocolate Factory’. In these works, Burton employs magical realism to create otherworldly environments and characters. They still have that dark Burton edge, but they are less bleak and more awe-inspiring.

“The Outsider” character is crucial to each and every one of Burton’s films. And while having a protagonist leave their “ordinary world” to embark on an adventure is something present in all films – his stories certainly take it to the next level. Instead of simply venturing out into the unknown, Burtonian characters are inherently different from everyone else in their world – sometimes even ostracized. Take ‘Edward Scissorhands’ for example, where Edward is quite literally inhuman and unable to understand societal cues or customs. Even though the community lauds his snipping skills, fascinated by his in-humanness, they will never truly accept him. In ‘The Nightmare Before Christmas,’ Jack Skellington is set up at odds with his world, straight from the beginning. Sure, he’s the Pumpkin King (king of Halloween), but he’s yearning for something new – a desire that no one else understands.

Specifically, the dark-haired, gaunt male protagonist usually takes up this archetypal role. With a thin, malnourished look coupled with a pale complexion, this character can be seen in films such as ‘Edward Scissorhands’, ‘Sleepy Hollow’, ‘Corpse Bride’, ‘Dark Shadows’, and ‘Sweeny Todd: The Demon Barber of Fleet Street’. The emaciated look is so emblematic of Burton, that a TikTok trend took off in which users made themselves look like “Tim Burton” characters – darkening their eye circles and emphasizing their cheekbones. Burton’s continuous collaboration with actor Johnny Depp in these titular roles also goes to cement his Burtonian brand; the two have done eight films together to date. And in nearly all of him, Depp adorns these familiar characteristics.

If you’re looking to get immersed in Tim Burton films, here are some suggestions for the most iconic, career-defining ones you can start with. To characterize his early career, check out ‘Beetlejuice,’ a story about an undead couple hiring an irritating spirit to drive out a new family, living in their home. The film stars Michael Keaton, Alec Baldwin, and Winona Ryder – and does a great job of illustrating Burton’s unique, unmatched voice.

For a sense of his mid-career greats, check out ‘Edward Scissorhands’, ‘Sweeny Todd: The Demon Barber of Flynn Street’ and ‘Sleepy Hollow’, three more “Gothic” films. In this era, Burton’s tight collaboration with actor Johnny Depp was cemented – as well as a solidification of Burton’s macabre sensibilities. And if you’re looking to see some of Burton’s more fantastical films, check out ‘Big Fish’ or ‘Charlie and the Chocolate Factory’ – which are more whimsical and sentimental.

Lastly, for more of Burton’s recent films, you can check out ‘Dark Shadows’ and ‘Big Eyes’. They aren’t too similar – ‘Dark Shadows’ is more of a fun, absurdist ride while ‘Big Eyes’ is a rooted, relationship drama – but both are great examples of Burton’s incredible filmmaking.

Lastly, you can get excited about Burton’s return to his classic aesthetic, as it was announced he’s working on an ‘Addams Family’ live-action television show for Netflix. The source material seems perfect for his style, and we can’t wait to see what he cooks up.