A Tribute to Michael Sheen: From Wales to Hollywood 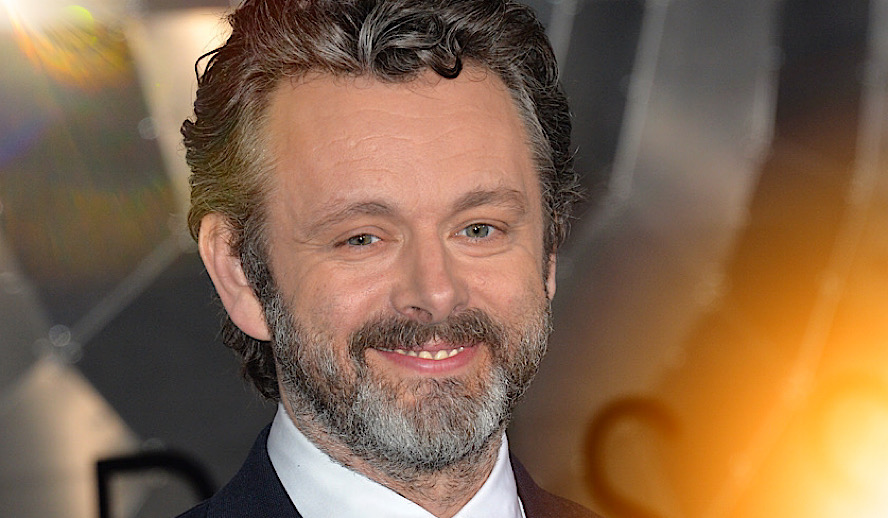 Starting and Thriving on Stage

Michael Sheen was born in Newport, Wales, in 1969 and grew up in Baglan, Port Talbot. An early moment that shaped his future was turning down the opportunity to pursue professional football. At 12, Sheen was offered a spot on the Arsenal youth team, but his family wouldn’t relocate from Wales to London. Sheen would later be grateful for this decision, and instead, at 16, he joined the National Youth Theatre of Wales. He credited his influence on acting to his parents’ involvement in amateur theater productions. A BBC article attributes his later training at the internationally-renowned Royal Academy of Dramatic Art for setting him on the path to stardom.

Related article: A Tribute to Mads Mikkelsen: How the Delectable Dane Conquered Hollywood

Sheen’s first big role was while he was at the Academy. He starred alongside Vanessa Redgrave in the Globe Theater production of When She Danced. Sheen received positive reviews for his performance and subsequently landed more and more roles in theater. When She Danced in 1991 was in London, but he was up the M5 the following year for a part in Romeo And Juliet at the Royal Exchange in Manchester. There were more positive reviews for his performance and another trip back down the M5 to London the following year so he could star in Alfred de Musset’s Don’t Fool With Love.

A string of theater roles followed these early performances in the 1990s, but one of his most prominent parts came in the form of the leading role as Mozart in Sir Peter Hall’s production of Amadeus at the Old Vic Theater in 1999. Sheen would later reprise this role on Broadway. By this time, though, Sheen had already made headway in television and film and would continue to grow his resume in both.

Michael Sheen Taking Over the Screen

Sheen’s debut on screen was in the 1993 BBC miniseries ‘Mystery!: Gallowglass.’ His first performance on the big screen was in Oliver Parker’s Shakespeare production of ‘Othello.’ He played the role of Lodovico alongside acting legends Kenneth Branagh and Laurence Fishburne. Sheen had a few minor roles in television and film during the mid and late 1990s, but he started to devote more time to being behind the camera in the 2000s.

Parts in ‘The Four Feathers,’ ‘Underworld,’ ‘Timeline,’ and ‘Kingdom of Heaven’ started to establish his presence in Hollywood. A breakthrough for the actor was his role as the British politician Tony Blair in the Channel 4 film ‘The Deal’ in 2003. Director Stephen Frears attributed Sheen’s “brilliant performance” in the 1996 movie ‘Mary Reilly’ as the reason he chose him for the role of Blair.

Sheen often took time to return to theater as he started gaining momentum in the film and television world. In 2006, he joined the cast of the Peter Morgan penned play Frost/Nixon at the Donmar Warehouse in London. The production was nominated for Best Play, Best Direction of a Play, and won Best Performance by a Leading Actor in a Play for Frank Langella at the 2007 Tony Awards. Both Langella and Sheen reprised their roles of ex-President Richard Nixon and English broadcaster David Frost in the film adaptation. The movie was directed by Ron Howard and went on to be nominated for five Oscars.

One under the radar but brilliant leading roles in Sheen’s long resume of acting performances was his turn as Brian Clough in ‘The Damned United.’ Sheen played the legendary, controversial British manager during his 44-day stint in charge of the famous English football club Leeds United. The movie was directed by Tom Hooper and written by Peter Morgan. Roger Ebert praised Sheen and ‘The Damned United,’ giving it 3 and 1/2 out of 4 stars, and claimed that having not heard of Brian Clough is no reason not to see it.

A more commercially prominent role came in the form of Aro in ‘The Twilight Saga: New Moon.’ By this point, Sheen had shown his quality and capabilities as an actor. He was able to pick up smaller roles in the midst of choosing more artistic projects. He went on to reprise the role of Aro in the final two ‘Twilight’ films and also played a part in Woody Allen’s ‘Midnight in Paris.’ Supporting roles in the critically successful ‘Nocturnal Animals’ with Jake Gyllenhaal and Amy Adams, and the Sci-Fi Thriller ‘Passengers’ with Jennifer Lawrence and Chris Pratt were other notable performances in the later 2010s.

Sheen’s upcoming films are ‘The Price of Admission’ and the animated feature ‘Heart of Darkness.’ The latter is based on Joseph Conrad’s novel, which was the source material for ‘Apocalypse Now.’

While Michael Sheen has become a recognizable actor over the years on the big screen, his work in television is just as impressive. His short stint on ‘30 Rock’ is a memorable addition to his acting CV. The third time he reprised his role as Tony Blair in the television movie ‘The Special Relationship’ earned him an Emmy nomination for Outstanding Lead Actor in a Miniseries or Movie. His standout performance on television in ‘Masters of Sex’ earned him a Golden Globe nomination for Best Performance by an Actor in a Television Series – Drama.

Sheen has continued to grace the television screen over the years and recently starred in the adaptation of Neil Gaiman and Terry Pratchett’s ‘Good Omens.’ The ITV miniseries ‘Quiz,’ about a former British army major caught cheating on the game show ‘Who Wants To Be A Millionaire,’ is another brilliant addition to Sheen’s filmography. His latest television outings are in the second season of Fox’s ‘Prodigal Son’ and in the lock-down comedy ‘Staged’ with fellow ‘Good Omens’ co-star David Tennant. The latter follows the two actors whose West End play has been put on hold due to Covid-19 as they continue rehearsals online.

Related article: A Tribute to Eddie Redmayne: The Rise and Journey of the Phenomenal Actor From Theater to Film

While Michael Sheen is mostly known for his contribution to the arts, his contributions are not just in the form of performances. He is involved in many different charities and foundations. One of the charities he is involved with, Into Film, offers after-school film clubs to help improve literacy levels. He is also a patron of the British charities Scene & Heard, NSPCC’s Child’s Voice Appeal, Healing the Wounds, and the WCADA.

One of Sheen’s charity involvements has roots in his childhood love of football. He has put his football boots back on and taken part in several charity matches over the years. This love of football fits in nicely with a story he told SAG AFTRA about being confused for Martin Sheen as a boy and an actor over the years. In the interview, Sheen described the first instance of mistaken identity when he scored for his team Baglan Boys Club as a boy. He searched for his name in the local paper. and found the goal had been attributed to a Martin Sheen. It wouldn’t be the last time he was mistaken for the other acting legend. Sheen’s first play in West End, When She Danced, had the name Martin Sheen painted outside for the advertising.

He finally met Martin Sheen at an event in Los Angeles years later. Michael was introduced as the Prime Minister (for his role as Tony Blair) to the President of the United States (for Martin’s role as Jed Bartlett in ‘The West Wing.’) Martin joked that Michael was the reason he was getting so many positive reviews in the past few years.

Michael Sheen need not worry about mistaken identity anymore. It might still happen, like when ‘Quiz’ aired in the UK, but true film and television lovers know the difference.

We at Hollywood Insider would like to thank Michael Sheen for his contribution to the acting world and his contributions to the humanities. He turned 52 on February the 5th. We wish him the best in the future and a very Happy Belated Birthday!