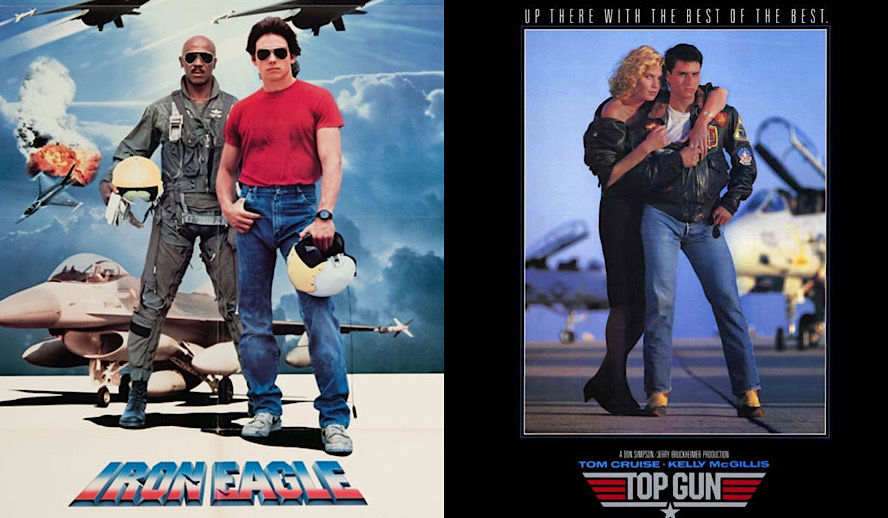 Have you ever noticed when two movies come out around the same time that seemed remarkably similar? They range from comedies to dramas, and they are usually different stories, but on the surface, they look suspiciously like someone copied off another in concept class. These “twin films” are peculiar given that most studios have a good idea of what each other have on their production slate.

There are many reasons why this happens. One is that there is a topic that is popular in the zeitgeist. An example of this is when the theory that 2012 marked the end of the Mayan calendar, and subsequently, end of the world stories became popular. A few movies that came out around that time depicted a variation on the theme. There were some serious films and not so serious ones. Two comedies that based their plots on a version of the world ending were This is the End and The World’s End. They came out within a few months of each other.

This might beg the question: what about copyright infringement? A NoFilmSchool article discusses how theft involves taking the expression of an idea that belongs to someone else. With movies, this is hard to prove because you can have a similar concept but expressed in a different way. There are many different takes on this, and some say there are only seven story archetypes to pull from. Another popular theory is that every story can be broken down into Joseph Campbell’s Hero’s Journey. Many filmmakers, including George Lucas (Star Wars), credit Campbell’s influence on their work. That is why there are many movies with similar plots and another reason for the appearance of twin films.

This is not a recent phenomenon. Some twin movies occurred back in the days of black and white films. Here is a list of movies that came out around the same time that exemplify the occurrence of twin films.

Rise of Catherine the Great and The Scarlet Empress

Both films were about the Russian Empress Catherine and her ascent to the throne. The Rise of Catherine the Great was a British historical drama, while The Scarlet Empress was a Paramount film. Both were released in 1934.

You’re a Big Boy Now and The Graduate

You’re a Big Boy Now by Francis Ford Coppola depicted a young man pursued by an older woman, similar but different to Dustin Hoffman’s character in The Graduate. Both were nominated for Academy Awards, but The Graduate was the only winner with Best Director for Mike Nichols.

Godspell is set in a modern-day New York and is about the parables of Jesus prominently from the Gospel of Matthew. Jesus Christ Superstar follows a group of performers who travel to the desert to reenact the Passion of Christ. Both Godspell and Jesus Christ Superstar came out in 1973 and were based on Broadway musicals from the early 70s.

The Amityville Horror and The Shining

Both films follow the story of a family that moves into a building where a previous family that resided there was murdered. Strange manifestations occur in both films, and the fathers in both attack their family with an ax. These films came out within a year of each other.

Iron Eagle and Top Gun both have fighter pilot protagonists who are influenced by their fathers, who were pilots as well. The stories differ from here, with Iron Eagle focusing on a rescue mission and Top Gun on The US Navy Strike Fighter Tactics Instructor program.

This is another example of two biopics that came out within a year of each other. Both focus on the story of Wyatt Earp in the Wild West era. Both boasted a stellar cast. While Wyatt Earp was the only one of the two to be nominated for an Academy Award, Val Kilmer’s performance in Tombstone is hotly debated as one of the biggest Oscar snubs of all time.

Before the 2012 trend of end of the world movies, the late 1990s brought about a few films that focused on global catastrophic events endangering life on Earth. In Deep Impact and Armageddon, a meteor is set for a collision course with Earth, and the characters in the film try to divert the impending disaster.

Antz and A Bug’s Life

Antz and A Bug’s Life have an interesting backstory where Disney’s chairman Jeffrey Katzenberg left the company the same day A Bug’s Life was pitched. Katzenberg went on to co-found DreamWorks, which produced Antz. The films came out within two months of each other.

The Prestige and The Illusionist

Both were nominated for Oscars, and both are about 19th-century magicians. That is where the similarities end for these two movies. The Prestige is about a rivalry between magicians played by Hugh Jackman and Christian Bale, and The Illusionist is about the forbidden love story between Jessica Biel and Edward Norton. Both are phenomenal films.

Portrait of a Lady on Fire and Ammonite

These are two of the latest twin films. Both are about impermissible relationships between two women in the 18th century. Portrait of a Lady on Fire is set in France, while Ammonite is set in England. Both women in each film come from a different class background.

Twin films seem to be a trend that has spanned the history of cinema and doesn’t look like it will stop anytime soon. As stated before, plots and story archetypes are limited. Many films, when analyzed, tell familiar tales. We know that ideas and plots can be similar without infringing on copyright law, so when exciting but comparable pitches are presented to two different studios, it can be a competition and a race of who can make the better film and release it sooner.

The phenomenon of twin films is an interesting niche in the film industry and has provided many classics to moviegoers. As film consumers, we get to decide where our vote goes. We can pick which one appeals more to us, or we can choose to see both.