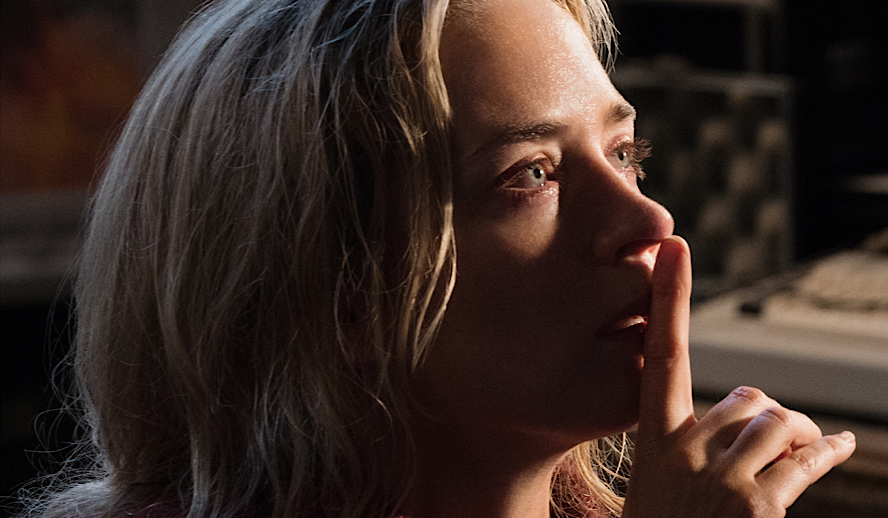 Ever since I was young I have been fascinated with American Sign Language. I’ve tried teaching myself simple conversational sentences and greeting phrases and plan to fluently learn the language at some point, but until then I pick up a few signs here and there when watching films and television shows. The first time I ever truly remember seeing ASL on TV was ABC Family’s hit show ‘Switched at Birth’ and instantly fell in love with the language. Here are my top five favorite films and television where American Sign Language is heavily featured.

‘Switched at Birth’ premiered on ABC Family (now Freeform) on June 6, 2011 and centered around two teenage girls who were, as you may have assumed by the title, switched at birth. The two girls came from incredibly different backgrounds with Bay Kennish (Vanessa Romano) living an incredibly posh and lavish life with her parents and older brother, and Daphne Vasquez (Katie Leclerc) who lost her hearing at the age of three after battling meningitis, who grew up in a low-income neighborhood with her single mother and grandmother. Once Bay finds out through genetic testing that she is not her parent’s biological daughter, they later discover the hospital mistakenly switched Bay for Daphne.

While the girls and their families couldn’t be any more different, the Kennish’s invite the Vasquez’s to move into their guest house to help lessen their financial burdens and so the families can get closer to their biological daughters. As if their newfound lives weren’t difficult enough, the Kennish’s are having to learn to communicate with Daphne using American Sign Language and having two worlds collide is a lot trickier than it might seem. This was the first American show that featured several deaf characters and actors as the front face of a storyline, as opposed to being just a subplot. For example Leclerc is hard of hearing, and several recurring characters on the show are completely deaf.

Stltoday reported, “Producers set out from the beginning to use “Switched at Birth” to open a window to deaf culture for hearing people who might know nothing about it and could see deafness as a handicap.” The show was nominated and won several awards, while also receiving high praises from critics and viewers alike. The show ran for five seasons with over 100 episodes airing. It can still be streamed online for free via Hulu or IMDb TV

‘Children of a Lesser God’ is a romantic drama directed by Randa Hines based upon the play of the same name written by Mark Medoff. The film is set at a deaf school and follows William Hurt, a speech therapist and Marlee Matlin, a deaf custodian who refuses to learn to speak. The two unlikely pairs form a romantic connection and they try to distinguish whether or not their relationship will withstand their different worlds—one that is hearing and one that is deaf. Not only is this movie incredibly beautiful and powerful, but it is also record breaking. The film was nominated for five Academy Awards and won the Oscar for Best Actress at just 21 years old which made her the youngest Best Actress to win that award along with the only deaf Academy Award winner to date.

This fan-favorite horror film was John Krasinski’s directorial debut. He wrote the screenplay with Scott Beck and Bryan Woods and starred in the film alongside his wife, Emily Blunt. ‘A Quiet Place’  follows a family desperately trying to survive in a post-apocalyptic world that is inhabited by blind monsters with hyper-sensitive hearing that attack anything that makes noise. As if that task wasn’t challenging enough, Blunt and Krasinski’s daughter in the film (played by Millicent Simmonds) is deaf, which raises a greater risk. The family uses ASL to communicate with one another which is incredibly clever, considering they are unable to talk in order to evade the sound-hungry monsters. Millicent and the rest of the cast reprised their roles for the sequel film ‘A Quiet Place II’ which premiered in 2021.

One of my favorite horror films to date, ‘Hush’ centers around a deaf and mute novelist who is forced to fight for her life when a masked murderer finds her secluded home in the woods. Horror director, producer and writer, Mike Flanagan (‘Doctor Sleep’, ‘The Haunting of Hill House’) penned and directed this film along with Kate Siegel (‘Gerald’s Game’) who also starred in the film. While Siegel is not deaf in real life, she effortlessly portrayed the character after researching and consulting with a deaf individual who trained her in ASL. As an able-bodied viewer, it was incredibly frightening to watch this film where one of the protagonists’ key senses has been removed, which made her fight for survival ten times more difficult. Another aspect of this film that I loved was that Siegel’s character was resilient. She simply was not a damsel in distress and fought hard and ruthlessly. Watching powerful women in film —especially in horror films— when audiences often expect them to be the first to be killed off, is always an enthralling experience. This film can be streamed on Netflix.

This drama film was directed and co-written by Darius Marder (‘The Place Beyond the Pines’) and stars Riz Ahmed as Ruben, a heavy-metal drummer whose life is turned upside down when he begins to lose his hearing. When a doctor informs Ruben that most of his hearing is gone and it’ll continue to deteriorate, he dismisses the doctor’s recommendation of eliminating all exposure to loud sounds so that he can continue performing with his band. Obviously, this doesn’t work in his favor and he results in settling into life at a shelter for recovering deaf addicts.

There he learns ASL and begins his new life as he is forced to adjust to silence. A fun fact about this film was that it was shot in less than a month on a very limited budget where only two takes were allowed per scene. In an interview with Variety, Marder spoke on exploring deaf identity. “Inclusive storytelling is essential. Diversity in film, not only in terms of who we see on camera but who the stories are about, helps to show a representation of the world we live in. We fought from the beginning to cast deaf actors in deaf roles.” The film won 2 out of the six Academy Awards it was nominated for including Best Film Editing and Best Sound.