‘The Voyeurs’ Delivers An Emotional Ride That Thrives On Classic Suspense 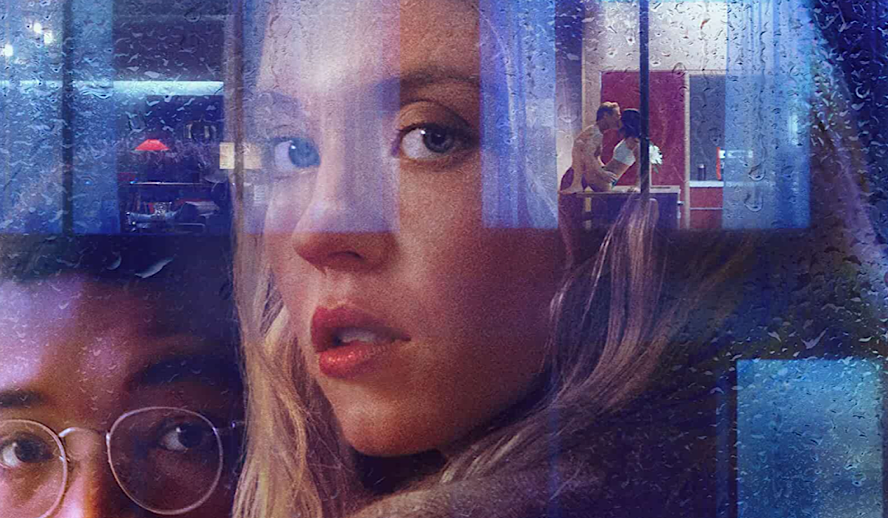 Michael Mohan’s ‘The Voyeurs’ offers more to its audience than just sex appeal. Its premise treads on familiar territory; a curious homeowner or renter spies on their neighbors out of reckless curiosity, only to eventually discover their neighbors are more than what they seem to be. Alfred Hitchcock is a bit of the trendsetter responsible for putting this reliable sub-genre in style. His 1954 film ‘Rear Window’, a film following a temporarily disabled photographer eavesdropping on his neighbors, is considered by many one of Hitchcock’s best features, with many publications citing ‘Rear Window’ to be one of the greatest films of all time.

Predictably, because of its success, ‘Rear Window’ has inspired other films to follow in its footsteps. 2007’s ‘Disturbia’, starring Shia LaBeouf, offered its own innovative twist on the Hitchcockian concept. Just recently, director Joe Wright revisited the premise again with ‘Woman in The Window’, an adaptation of the best-selling novel of the same name starring Amy Adams. With ‘The Voyeurs’, Mohan puts his own twist on this classic premise by taking it to new directions that make it feel almost as fresh as the original.

‘The Voyeurs’ Is A Creative Way To Tackle An Old Trope

‘The Voyeurs’ invites us into the newly rented home of a young couple looking to take the next step in their relationship by living together. Pippa, played by Sydney Sweeney, is head over heels in love with Justice Smith’s Thomas and vice versa. As they settle into their new home like it’s another world they’re exploring, they notice that their neighbor’s window is completely exposed. Through curiosity, Pippa and Thomas begin eavesdropping from afar, discovering that their neighbor, Seb played by Ben Hardy, is a successful photographer going through marital problems with his wife Julia. The young couple also takes a keen interest in Seb’s sex life, but unbeknownst to Thomas, Pippa’s interest in Seb’s sexual affairs creep past the realm of curiosity. She becomes infatuated with not only Seb’s intimate lifestyle, but becomes infatuated with the man himself, which undoubtedly causes problems with her relationship with Thomas.

Fortunately, ‘The Voyeurs’ goes beyond just Pippa developing an attraction towards her oblivious neighbor. Pippa and Thomas watch Seb’s marriage slowly crumble, and although Thomas believes they should allow Seb and his bride to figure their issues out for themselves, Pippa is tempted to interfere. This, in turn, causes a rift between Pippa’s own relationship with Thomas.

But ‘The Voyeurs’ really is about more than just sexual intimacy. Rather, it uses sexual intimacy as a gateway to explore much deeper, more layered topics. Mohan explores the significance and purpose of sex in a relationship, almost by framing it as a sort of art form that’s up for creative critique. Is there such a thing as meaningless sex? Or is there a connection that will always be involved on a deep, physical level between the two parties, even if it only lasts for that moment?

Apart from its attempt at commentary on intimacy, ‘The Voyeurs’ tackles the subject of obsession from all kinds of different angles and perspectives that keeps the narrative engaging. There’s Pippa’s obsession with Seb and his muse, which intrudes into her life in such a way she begins to lose sight of what’s going on in her own life, especially in regards to her relationship with Thomas.

‘Voyeurs’ is clearly a project that everyone involved is passionate about, because the cast brings their A-game. Sydney Sweeney is exceptional in her role as Pippa. Pippa is a complex character. She’s not a bad or vile person, but she has her flaws and is prone to make the kind of mistakes that many women her age might make. It takes a certain amount of skill to balance out Pippa and all of her intricacies, and it’s a skill level that Sweeney reveals she’s more than capable of reaching. Justice Smith as Thomas gives one of his best performances to date, with a dramatic role that’s meaty enough to show what Smith is really capable of when given the right material. Like Pippa, Thomas is also a very three-dimensional character that requires great finesse and care to balance, and Smith immediately rises to the occasion. Their performance is the perfect merger between talent and material.

Hardy’s Seb and Natasha Liu Bordizzo’s Julia, Seb’s wife, was determined to convince the audience that they were just as good as the two leads. As Seb, Hardy is mysterious and sophisticated. And although Seb exudes confidence, there’s a forbidden vulnerability Seb tries to prevent himself from feeling, which Hardy is able to illustrate clearly to the audience through sheer acting presence. Bordizzo is electric as Seb’s troubled and disturbed wife whose life is crumbling under the weight of a failing marriage. Bordizzo infuses Julia with all of the insecurities, misery, and humanity needed for the audience to truly sympathize with her character.

For better or for worse…’The Voyeurs’ Is Unpredictable

Watching the film, it was easy to feel confident about the direction it was heading. Then the film starts taking detours on its own narratives that constantly switch, in an almost deliberately manipulative manner, how the audience views the movie and its characters. Towards the film’s conclusion, however, I couldn’t help but feel like it was doing a little too much in trying to be clever. The feats that some of these characters pull off require a certain suspension of disbelief that threatens to take the less forgiving viewer out of the movie. Both Thomas and Pippa begin making questionable choices, and not questionable in a moral sense, but questionable in a narrative sense.

This is a shame, considering throughout the majority of the film the characters behave like a real, believable couple. Their dialogue and chemistry are natural. They function like a pair who’ve been best friends since they both crawled out of the womb, a refreshing dynamic considering that a strong friendship really is a basis for many strong relationships, and it’s a dynamic that not many other films are able to capture as authentically as Mohan did. But ultimately, the decisions that Thomas and Pippa make feel like they become more plot-driven than character-driven. Their choices, towards the end, seem less dictated by the character’s own emotions, and you can almost feel the director meddling into their relationship, forcing Pippa and Thomas to make uncharacteristic choices to move Mohan’s narrative forward.

Unfortunately, the conclusion of ‘The Voyeurs’ is nowhere near as strong as its set up. There was a point in the film where, if it had ended during that specific sequence, my memory would’ve held the film up in higher regard. But ‘The Voyeurs’ didn’t seem to know when to quit, and, ironically, the film seems so obsessed with shocking the movie, that it tries to do so at the expense of its own logic. It’s painful to say, as a good 85% of Mohan’s film worked on all levels imaginable, but it’s difficult to think that ‘The Voyeurs’ didn’t jump the shark a little at the end.

Ultimately, the end definitely knocked the movie down a couple of pegs, but the time with ‘The Voyeur’s’ was time well spent. It’s provocative, thoughtful, passionate, and brimming with future talent who we’ll undoubtedly see again. It’s just too bad that the landing was less remarkable than the takeoff.

‘The Voyeurs’ is currently streaming on Amazon Prime.