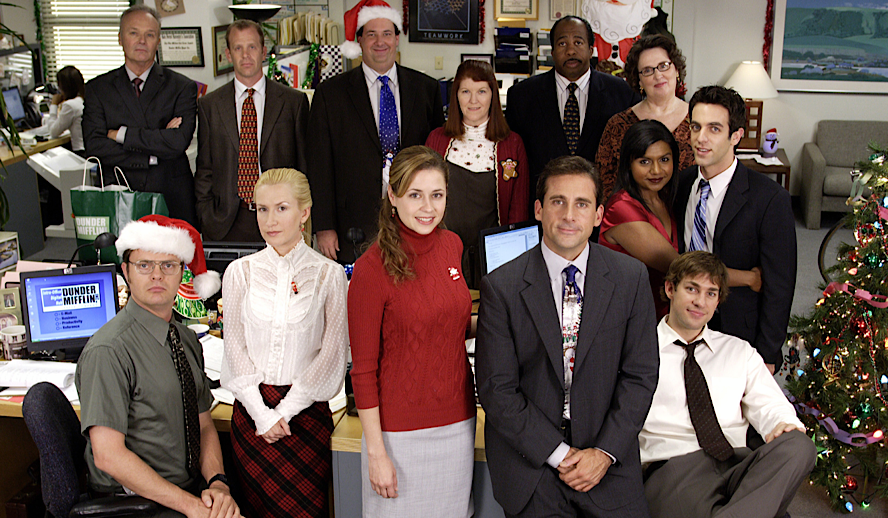 If there’s one thing people love more than anything on TV, it’s sitcoms. Sitcoms are a staple of American television and have their place as a cornerstone of the entire medium. They’ve been around ever since TV exploded in popularity in the 1950s, with shows like ‘I Love Lucy’ and ‘The Honeymooners’ paving the way for comedy to evolve on the small screen. Now, look how much they’ve changed. Sitcoms have evolved over the years and experimented with new techniques, finding new and creative ways to make their audience laugh and show them a good time. Despite the many different and varied types of sitcoms out there, there’s one formula that has proven to be ever-loved and ever-popular: The workplace comedy.

There are dozens of workplace comedies out there that have been proven to be some of the most beloved sitcoms out there: ‘Taxi’, ‘Cheers’, ‘Parks and Recreation’, you name it. There’s a reason why these types of shows are often the most well-received in comedy. We love seeing a slice of life, especially when it’s a job we don’t often get to see behind the scenes. Workplace comedies are fun ways to explore different jobs and their aspects in a comedic way while also having a deeper meaning. So with all that being said, here’s to the shows that find humor in the most boring part of life: The work-day.

While there’s a variety of reasons as to the magic of workplace comedies, there’s one fundamental explanation for their success and popularity. They take a dull and monotonous aspect of life and make it fun. Jobs can be boring and uneventful, but with a little creative kick, the most menial tasks can be a joy to watch. Take the U.S. version of ‘The Office’, for example. In the fan-favorite episode “Office Olympics”, Jim Halpert and the office crew are stuck filling out reports while their boss, Michael Scott, is away. Trying to find a fun way to pass the time, Jim discovers that his coworkers all have their own little games they play to fend off boredom. Thus, he creates the “Games of the First Dunder Mifflin Olympiad”, a set of office-style Olympic games for his coworkers to all take part in for fun.

It’s a great episode, and one that capitalizes on a simple premise: Having fun on a boring day of work. Rough days on the job are common, and workplace comedies make the most grueling or uninteresting parts seem the most entertaining. This is all thanks to the characters, of course, who represent these jobs in the most humorous ways.

Take, for example, Ron Swanson of ‘Parks and Recreation’. He’s the government director of the Pawnee Parks and Recreation Department, but he staunchly believes in small government. How does a character who works for the government hates his job, you may ask. Well, he does his best to do the least. He goes out of his way to do as little work as possible and tries to hire people who are awful at their jobs. He also pushes for budget cuts whenever possible and does whatever he can to make sure that the government does not interfere with people’s lives in any capacity. That’s funny to see, and a big part of why Ron was such a big breakout character for the show. We love seeing people make boring jobs fun or bring humor to the daily rigor of the workday.

Now, in my eyes, the best kind of shows or movies are those that can touch upon serious subjects and either give a new perspective or create a discussion about them. That doesn’t mean they have to always be serious or thought-provoking, but it elevates the quality of a program if it can touch upon ideas that are talked about or should be talked about by the general public. Comedies are no different, and workplace comedies prove to be the best place for this kind of discussion. Analyzing different jobs is the best way to focus on important subjects because they take a peek into a world that most people aren’t familiar with, like running a network show in ‘30 Rock’ or behind the scenes of a hospital in ‘Scrubs’.

‘Scrubs’ has a perfect example of having serious subject matter in a comedy. Despite the jokes and the fun the characters have with each other, the show still takes place in a medical facility, where many people are hurt or dying. In the Season 5 episode “My Lunch”, J.D. is feeling down about one of his patients dying and his inability to save them. Another physician, Dr. Cox, consoles him and tells him to try not to let a patient’s death affect him personally, until later when a misdiagnosis from Cox leads to three patients getting organ transplants to die as well. This destroys Cox, who blames himself for their deaths and loses confidence in himself as a medical practitioner. In this episode, being a doctor doesn’t look like the fun activity the show sometimes presents it to be. Working in a hospital can be mentally tolling and seeing patients lose their life can affect healthcare workers deeply. ‘Scrubs’ shows the audience this, and despite this storyline being mostly devoid of comedy, it still hits hard and tells a story worth sharing.

A more relevant example of a workplace sitcom getting serious is in the police procedural comedy ‘Brooklyn Nine-Nine’. In the episode “Moo Moo”, Terry Jeffords, a police officer, gets racially profiled by another cop when walking outside at night. Terry is upset and wants to report the incident, but his boss, Captain Holt, won’t allow him to do so out of fear of the negative consequences it may have for him. The episode explores racism and racial profiling in the workplace, and it does it all in a beautiful way that focuses on a topic many have dealt with in the workplace. As a sitcom about police officers, ‘Brooklyn Nine Nine’ deals with the topic of corrupt police pretty frequently, and still strikes that perfect balance of serious topics and comedic beats. Many shows are like this, but workplace comedies are best at taking these issues that many deal with at their jobs and shining a light on them.

All in all, workplace sitcoms are something we all should be grateful for. Without shows to relate to or learn from, comedy would be worse off. Whether it’s visiting the bar where everybody knows your name or seeing your favorite people hanging out at Dunder Mifflin, these ensemble shows bring out the best characters and the hard-hitting topics. But most importantly, they make a normal day of work look fun. These sitcoms deserve the love they receive, and with the thousands of different jobs out there, people will always find creativity in the workforce. But for the shows we have now, here’s to the characters who can make us laugh and bring fun to the more boring aspects of life.