The Career of Miranda Cosgrove Leading Up to ‘iCarly’ Revival 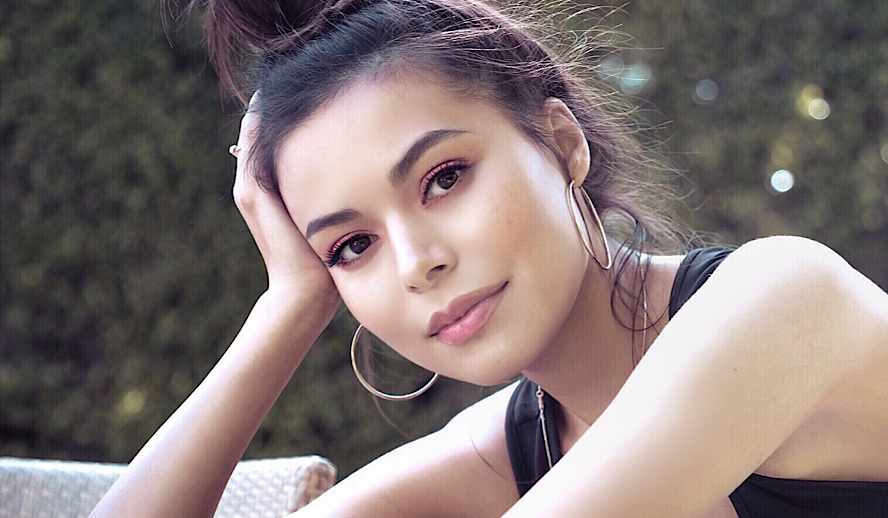 If anyone knows their way around the term “child star”, my first guess would be to chat with Miranda Cosgrove. Born in L.A. with no familial ties to the entertainment industry, Cosgrove was scouted and signed by a talent agent at a very young age who noticed Cosgrove in a popular Los Angeles restaurant, probably thanks to her big personality. After working on several commercials for television she made her film debut in 2003 as Summer Hathaway in the musical comedy ‘School of Rock’ alongside Jack Black. The film was an enormous success that grossed over $100 million and received major praise from critics and fans alike. I myself remember watching it on repeat with my brother growing up.

Supposedly while on location filming ‘School of Rock’, she got the news that her pilot for Nickelodeon,’ Drake & Josh’, where she co-starred alongside Josh Peck and Drake Bell, got picked up by the network. While working on ‘Drake & Josh’ she made several appearances on a number of other Nickelodeon shows before landing her own — ‘iCarly’ (created by Dan Schneider).

The show premiered in 2007, the same year ‘Drake & Josh’ wrapped, and watching her graduate to her own sitcom was ridiculously exciting for me and many other fans who were already a huge fan of her work from childhood. The show centered around Cosgrove’s character, Carly Shay, who is the host of a wildly popular online show alongside her best friend Sam (Jeanette McCurdy). The show ran from 2007-2012 completing a total of 95 episodes and became the third highest-rated kids show for the 9-14 demographic.

After six seasons the show’s last episode aired November 23, 2012. After her series wrapped she took the opportunity to receive higher education and attend college. After being accepted to the University of Southern California and New York University she ultimately pursued USC. In an article with People she spoke on the decision, “I want to keep acting, and I thought it would be easier if I lived in L.A. And I get to stay near my family.” While originally enrolling in their theater program she switched her major three times to finally settle on studying psychology a year before her anticipated graduation.

During an interview with GossipCop, she talked about why theater and film weren’t the perfect fit for her, “I love all the classes. It really makes such a difference when you really are enjoying your major. When you really find something that you actually love, it makes doing the work so much easier. I should’ve done that from the start, but I guess everything is a learning experience and I’m glad I got there.”

Many expected that having such a successful career at such a young age would transition to adulthood which unfortunately wasn’t exactly the case. After her Nickelodeon show, she continued to book projects that never seemed to launch her career to the next level. She landed a role in the 2013 NBC pilot ‘Girlfriend in a Coma’ which didn’t make it past the pilot stage due to several problems during production and the star of the project, Christian Ricci, leaving the cast. Similarly, another pilot she filmed in 2017, ‘Spaced Out’ unfortunately didn’t make it past the pilot either.

Finally, in 2015, she landed a series regular role on the NBC comedy series ‘Crowded’ which to her dismay got canceled after a 13-episode first season. While she seemingly became involved with miss after miss, what people tend to forget is that Cosgrove was involved in one of the highest-grossing animated franchises of all time— ‘Despicable Me’. In 2010, she lent her voice to the franchise’s first film alongside Steve Carrell. Following that film’s success, they went on to make ‘Despicable Me 2’, premiering in 2013 and ‘Despicable Me 3’ (2017) where she reprised her role as Margo each time. In 2017 it was reported the franchise had grossed a whopping $3.5 billion.

‘iCarly’ Returns to the Small Screen

Fans rejoiced when it was announced in 2020 that ‘iCarly’ would be returning to the small screen. Paramount+ picked up 13 episodes and original members of the cast would return to reprise their roles including Jerry Trainor as Spencer, Carly’s older brother, and Nathan Kress who played Carly’s neighbor and friend, Freddie. The show takes place nearly a decade after the original show wrapped and centers around Carly and her friends as they navigate adulthood. Big changes have occurred since 2012; Carly has a new best friend, Freddie is now a father and is living back at home with his overly controlling mother after 2 failed marriages, and Spencer is now a famous artist.

Jerry Trainor spoke to ETOnline on what fans can expect from the reboot, “I’ll say the scripts are really funny, but I don’t think anyone is expecting what we’re doing,” Trainor teased to ET. “I don’t think a revival has been done quite this way.” Cosgrove continued the conversation sharing, “It feels kind of crazy. We did the first table read about a week or so ago and it was kind of insane. Like, just getting everybody back together again and it was really fun.”

What I love about the reboot is how relevant it is to the current times as we live in a world of influencers and social media. The original was ahead of its time and it’s amazing to see the show come full circle and land in a time where it is so receptive to its viewers. The new ‘iCarly’ is also so unlike many other recent reboots that have landed on popular streaming services where they are targeting a new generation of viewers and attempt to keep the show kid-friendly. Whereas in this reboot the characters are not afraid to curse, let loose, and have a little bit of fun, which in my opinion is much more exciting to watch.

New episodes of ‘iCarly’ are dropping each Friday on Paramount+.