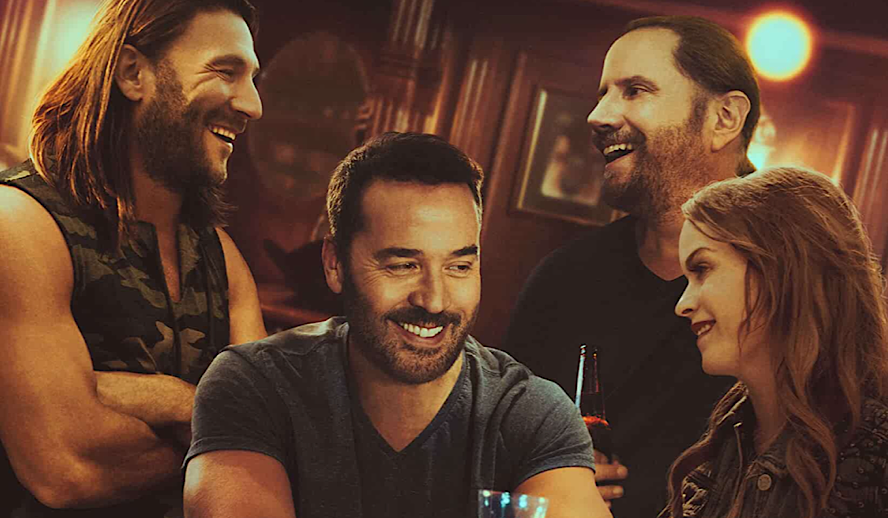 A City Hotshot Returns to his Small Town

When his mother passes away, city hotshot Mick (Jeremy Piven) returns to his hometown of Darby Heights, Pennsylvania to pay his respects. However, he eventually is roped into the glittering business opportunity of starting a casino and decides to stay in the small town to build support and momentum. However, the residents of the town are fiercely in opposition to this venture – something that Mick must come to terms with, even though he believes the casino will bring good tourism and money to the area. Along the way, Mick reconnects with his younger brother, friends from the community, and childhood love interest Ali (Taryn Manning).

Related article: The Under-Appreciation of Screenwriters and Scripts – Why Hollywood Needs To Show Respect

The film follows Mick as he sheds his “city” personality and returns to his roots, where family and community are far more important than money or material things. In the beginning, he’s quite sure of himself – egotistic even. He has the firm belief that everyone still in Darby Heights is merely stuck, while he is their success story due to his ambition and ability to leave. This makes him a somewhat dislikable protagonist at first, but that perception does end up being shed as he begins to connect with the community.

Ultimately, ‘Last Call’ is a film with a lot of heart, with moral lessons that make you reconsider your own perspective and remind you of what is truly important. A film from IFC, it is now streaming on Amazon Prime.

At the center of ‘Last Call’ is the neighborhood of Darby Heights, Pennsylvania, where the film takes place. This is a town where most people spend their childhoods and adulthood, rarely leaving the town for greener pastures. Because of this, the area has a strong sense of community and family – the type of place where everyone knows each other. The boys that Mick has grown up with are now men, but they still act like boys.

They spend their days galivanting around the town and hitting up bars, still seeming to be in the prime of their youth. The kids make the entire neighborhood their stomping grounds, playing their days away without a care in the world. Even the town sheriff allows discretions to slide; after all, everyone is a friend. People in Darby Heights are happy, content, and proud to be a part of the community. Of course, this is something that Mick is at odd ends with, having left that community and now being an outsider.

In a sense, the neighborhood itself is a character and an incredibly essential part of the story. The film successfully centers itself around a few important set pieces that define the neighborhood – such as the bar – giving it a lot of personality. In an interview with writers Greg Lingo and Palao Pallido (also the director), they expressed the importance of emanating this close-knit feel, with both of them growing up in neighboring small towns in Pennsylvania (while not actually Darby Heights). This, in fact, was their primary inspiration for writing the film and eventually bringing it to life. Additionally, in the end, credits of the film, several real-life photographs of Darby Heights and its residents are shown, cementing in the filmmakers’ dedication to this very real small-town experience. Overall, the neighborhood itself really shines in this film, with its importance overshadowing that of any one character, even Mick.

If you’re from a small town, the nostalgia that ‘Last Call’ evokes will feel familiar to you. It’s a film imbued with a sense of family and loyalty – and a warmth that comes from growing up in a tight-knit community. That being said, small towns are not for everyone, just as ‘Last Call’ might not be attractive to all audiences.

To start, the film is mostly held together due to the strong performances of Jeremy Piven, who plays Mick, and Taryn Manning, who plays Ali (and who audiences will remember from ‘Orange is the New Black’ as Pennsatucky). However, the supporting characters and more ancillary roles fall flat, with over-the-top acting that sometimes risks coming off as absurd. There are also simply too many characters to follow, meaning that in the end, none of them, unfortunately, feel memorable. From bar owners, police officers, prankster kids, and old friends, ‘Last Call’ feels too populated, and without focus.

Plot-wise, there are too many things going on at the same time. Though the main conflict of the film is Mick’s desire to open the casino, despite the townspeople’s wishes, this issue is lost in the film attempts to navigate other friendships and relationships – sometimes not even relating to Mick, but between the other townspeople. With a cyclical structure of a party with “the boys,” then rest, then back to some sort of party, it’s not always clear where the film is intending to go. All in all, these issues cause the film’s relationships to be difficult to read and hard to follow.

A smaller grievance with ‘Last Call’ is its approach to women, who are mostly portrayed as objects to be won and lack any deep personality. Even Ali, Mick’s love interest, who holds a sizable part of the film, ultimately functions as someone he has to “win over” by the end. She’s confusing to read as well; while she admonishes him in one scene, she immediately forgives him in the next. The other women in the film are the sexually promiscuous women in town that the men label with point value and try to sleep with in a game, the other hookers they try to sleep with, and the pregnant partner of Mick’s younger brother (played by Zach McGowan) who is mostly illustrated as “holding him back.” Sure, the film deals with a mainly male perspective in a small, somewhat rural town – but ultimately this lack of attention to female characters (especially Ali) is disappointing for a film released in 2021.

All in all, ‘Last Call’ might not be for everyone. That being said, if you’re looking for a heartening, small-town film, you can now stream it on Amazon Prime or see it in select theaters!