A Tribute To Spike Jonze: Versatility and Voice 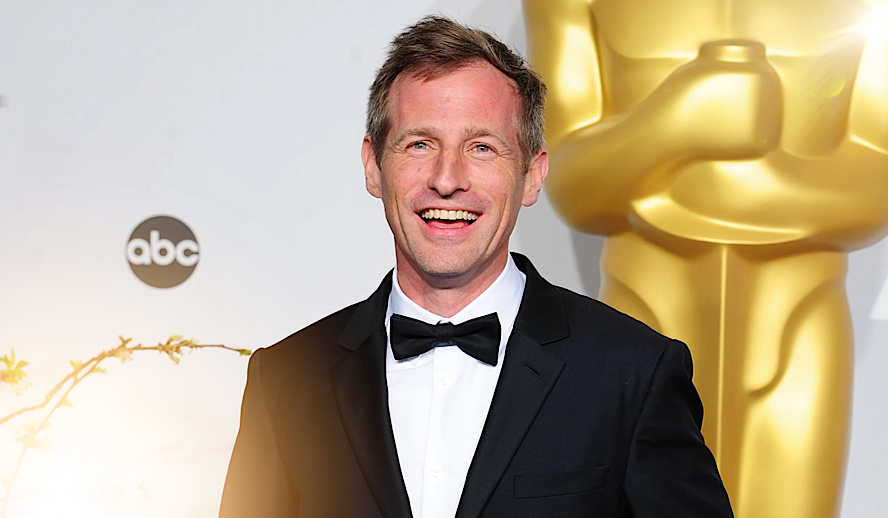 Probably best known for his films ‘Her’ or ‘Where the Wild Things Are’, Spike Jonze has maintained a versatile voice from the budding stages of his career. Though these films were great, they only breach the surface of a dynamic history of creativity on Spike’s part. From stop motion shorts, commercials, music videos, documentaries, feature films, and even a dash of the theatre, Spike Jonze has proven himself as an ambidextrous artist, tackling work on all sides of the camera.

Also, a musician and a photographer, Spike’s artistic journey has been a multi-faceted one, getting his start as a teenager taking pictures of skateboarders for magazines before eventually co-founding one. He went on to make several skateboarding videos, (see ‘Video Days’ and ‘Rubbish Heap’) but before this, he was a BMX rider himself, so his fascination with the culture of the sport wasn’t solely observational admiration–he was actively a part of it.

Although his ambitions took him to California, it almost seems like his success was inevitable, people just recognized the original value in his style, and his demeanor was magnetic. Many of his projects seemed to have a domino effect–as people saw his work, it grew to be in high demand. Artists would refer him to other artists, which brought him to work with multiple musicians, filmmakers, and magazines. For a while he collaborated with the Beastie Boys, and worked with musicians like Bjork and Weezer, just to name a few.

He directed tours for musicians, filmed stand-up comedians, and even partnered with a cannabis company to advocate marijuana legalization in a short film called ‘The New Normal.’ Many artists have a long history of collaborations and talents to lend to all facets of the video art world, but Spike Jonze is of his own breed.

“I think at the beginning of a project, you decide if you’re in love with the idea and what it’s about, or what you think it’s about at that time at least. Then you commit to it, and once you’ve committed to it no matter what, no matter how many self-doubts you have, you’re in it. The ship’s sailed, you can’t turn around.” – Spike Jonze

There is something romantic about short films to me – there is a much slimmer chance they will reach as wide as an audience as a music video or a feature film – but that’s not really what they’re made for. There is a great deal of creativity that goes into it, and it’s not something that’s made to generate a wide profit necessarily, (especially if you’re already working on bigger budget projects) but it’s something that requires passion as a prerequisite. If you’ve never checked out any of Spike’s shorts, I highly recommend doing so. Like most of his work, they are uniquely innovative and likely resemble nothing you’ve seen before.

I appreciate that a lot about his stuff, he’s genuinely “creative”, generating a new network of plasticity for the industry to be influenced by. In ‘To Die by Your Side’, he features a book store – very much alive with some quirky jokes on recognized titles. The eccentric book store is brought to life using stop-motion techniques and felt sewn characters that pluck themselves out of the books they are sewn to. It’s a raunchy love story between a skeleton and a lady who carries his decapitated head into the stomach of Moby Dick’s whale to reassemble him. A true act of bravery in the name of love at first sight (yes, skeletons can see too).

The film is only about three minutes, but in that time you can see the effort put into the story, is one of commitment and passion–a dash of dark, but insanely silly, comedic, and beautiful. Another short that is only around three minutes is “How They Get There”– tapping again into a timbre of dark, beautiful, funny, and outrageously silly. It starts off with some quirky music and features a man drinking a carton of milk outside on the sidewalk.

Eventually, as he dances around the sidewalk like some cartoon birthed to a live-action world seconds before, he spots a girl across the street who starts mimicking his movements. The film is adorable but then takes a hilariously unexpected dark turn, making you wonder what the real budget for this film was. It’s clever and fun, and airs a sense of humility, like much of his work.

“Even in this world where you’re getting everything you need and having this nice life, there’s still loneliness and longing and disconnection.”– Spike Jonze

When I first heard of ‘Her’, I was equally excited and scared to watch it. The music already gave me a sense that this film wouldn’t tread lightly on the reality of loneliness, or the severity of spiritual displacement when you are removed from a long-term lover. Although he often directs or produces features, he actually wrote this one, along with ‘Jackass’ and ‘Where the Wild Things Are’–and it’s brilliant. One of the songs in the film, he actually made in collaboration with artist Karen-O. The film also features music by Arcade Fire, for who he had done videos in the past.

You can see that Spike has a deeply thoughtful, sentimental style in this film–which is a drastic contrast from the likes of ‘Jackass’, which he worked on for a while. ‘Jackass’ was great too, obviously a much different genre and style of art–but nonetheless hilarious and absurd. You can really see the skateboarding culture amplified in them–but there is also an element of profound chaos that treads on the notion of our fragility, and strength, in this absurd existence of ours.

It’s not surprising that daddy absurd (Charlie Kaufman) trusted him to direct ‘Being John Malkovich’, which is one of the most amazingly wacky arrangements to exist in the film world–definitely give this one a watch if you’re into getting your cerebral flipped, tickled, and tortured–it’s incredible. I think even though they are drastically different projects, all of his work almost accomplishes something similar. They tend to provoke a degree of discomfort that brings the audience to deeply question convention. I am thoroughly convinced that he enjoys ruffling the feathers of the status quo, and messing with people’s safety nets.

Spike is a transformer. Not only can he land an anarchist alley-oop in the world of skateboarding, protruding the voice and vocabulary of that culture, but he can morph into the world of the deepest thinkers and blend with the beasts of crafty indie filmmakers. He’s an artist with a voice that won’t be pigeon-holed, which is, unfortunately, something many creatives fall into–whether it be caving to the pressure to conform, or just preferring not to bound beyond what they know–but he paves a path for artists to follow that leads them to unleash the greatest, wackiest, scariest and most beautiful parts of themselves.

“I like hiring people based on a feeling – this person gets it – rather than what they’ve done in the past.” – Spike Jonze