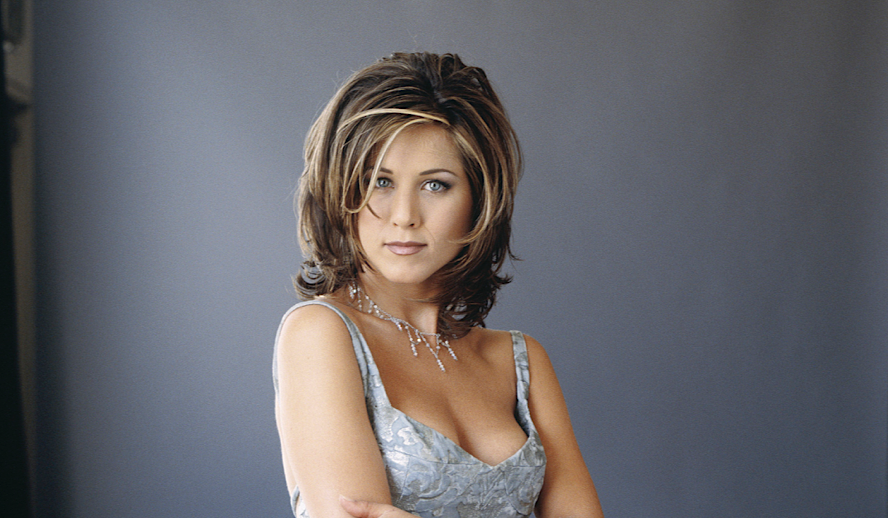 There aren’t many people out there that can say that they’ve won numerous awards for their performance in a sitcom that has remained to be a pop culture phenomenon for decades. For Jennifer Aniston, she’s checked that box. She has had a plethora of roles throughout her acting career but these five stand out amongst the rest.

‘Friends’ has remained to be one of the most iconic television shows in TV history. The hit sitcom follows a group of six friends who experience love and life together. Aniston portrayed Rachel Green, a spoiled and self-centered young woman who is often sweet and does evolve throughout the series. The show jump-started her career and made her recognized worldwide. In the early 2000s, she won a Golden Globe and Primetime Emmy for her work on the series.

On May 27, ‘Friends: The Reunion’ was released on HBO Max. Aniston has this to say about the reunion in an interview with Harper’s Bazaar, “Oh, it was full of emotions. It was a roller coaster of emotions. It was incredible. By the end of day two, we were all so giddy. I think the best part of it—there wasn’t one thing specifically—was just how instantly we fell right back into our roles of who we are to each other from that.

I mean, we’ve all seen each other on different occasions, but never in the same room together, except for back at my house. They’re such family, and they’re so embedded in my heart ’til the day I die. That was what was so special.”

‘Just Go With It’

In the early 2010s, Aniston frequently appeared in comedy roles. ‘Just Go With It’ was one of the many comedy films she starred in. The film follows a plastic surgeon who convinces his assistant to pose as his soon-to-be divorced wife to cover up a lie that he told to his much-younger girlfriend all while on a trip in Hawaii. Aniston portrays Katherine Murphy, the assistant to Danny (Adam Sandler), a plastic surgeon who has two kids who she is forced to bring along to cover up Danny’s lie. While the film was a box office success, it received negative reviews from critics.

‘Wanderlust’ is another comedy Aniston starred in. The 2012 film follows a Manhattan couple who are rattled by unemployment and figure out alternative living options. The couple ultimately decides to experiment living in a commune where free love rules. Aniston portrays Linda Gergenblatt, the wife of George Gergenblatt (Paul Rudd). The comedy received mixed reviews from critics and flopped at the box office.

‘Wanderlust’ allows us to see a different side of Aniston. The film was produced by Judd Apatow who is known for offbeat comedies that feature unlikely protagonists. This film is no exception. Looking back, there are some themes and conversations that most likely wouldn’t be accepted in pop culture today.

Once the mid to late teens rolled around, Aniston was featured in dramatic roles rather than comedic roles. In 2018, she starred in ‘Dumplin’. The film follows Willowdean (Danielle MacDonald), the teenage daughter of a beauty pageant queen. She signs up for her mom’s pageant as a protest that escalates into others following her footsteps thus revolutionizing the pageant world in her small Texas town. Aniston portrays Rosie Dickson, the mother of Willowdean who is a beauty pageant queen. Netflix released the film exclusively on their streaming service.

With the shift in roles, seeing Aniston in a dramatic role like this one gives the audience a sense of what she can do as an actress. Versatility is key in the film industry because it makes an actor more appealing. Rosie Dickson is much different than Katherine Murphy from ‘Just Go With It’ and Linda Gergenblatt in ‘Wanderlust’ because she has more depth. She has more layers that are slowly peeled off throughout the film.

In an interview with Elle, Anne Fletcher, the director of the film, said she’d be watching Aniston work and would notice a small, almost imperceptible hand gesture and think, “That’s [her character] Rosie. That’s not Jen. That is completely Rosie.”

‘The Morning Show’ debuted on Apple TV+ on November 1, 2019. The show is an inside look at the lives of the people who help America wake up in the morning, exploring the secrets that lie beneath the surface. Aniston portrays Alex Levy, co-host of The Morning Show. The show received mostly positive reviews in its debut as well as nominations for awards. Aniston won a Screen Actors Guild Award for Outstanding Performance by a Female Actor in a Drama Series for her role in the series. The show also stars Reese Witherspoon, Billy Crudup, Mark Duplass, and Steve Carrell.

The character of Alex is complex and has many layers, more so than Rosie Dickson from ‘Dumplin’. Levy is tough and doesn’t let anyone get under her skin. As season 1 progresses, we see that Alex isn’t as tough as she appears to be. I would say that her character in this show has been her best role so far in her career because Alex Levy has so much depth and dimension. Most of the roles that Aniston has portrayed over her acting career have been comedies and romantic comedies which don’t show her full potential as an actress but do show her comedic abilities. This show allows her to spread her wings more and portray a character that she hasn’t portrayed before.

Aniston is currently filming season 2 of ‘The Morning Show’. The first episode debuts on Apple TV+ on September 17 with episodes being released weekly afterward. A sequel to the 2019 mystery-comedy film ‘Murder Mystery’ is currently in the works with Aniston and Sandler returning in their respective roles. Aniston is set to star in ‘Hail Mary’, a film that follows a Miss USA contestant that becomes a successful sports manager. The film is in pre-production. There is also an untitled film in the works with Sophie Goodhart directing but not many details have been released besides the plot. The film follows a suburban couple who try to recapture their youth.

Jennifer Aniston has been in numerous films and television shows over the years and has given us memorable performances. We are excited to see what she does next.