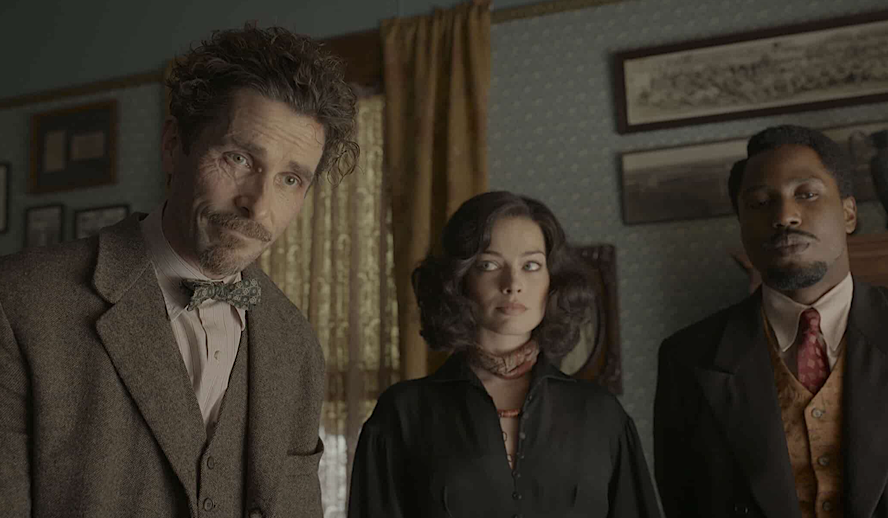 Amongst the constant stream of blockbuster franchises, shady reboots, and formulaic films, it’s refreshing when something comes around the corner to charm audiences with its originality and style. Earlier this week, the trailer was released for David O. Russell’s newest film entitled, ‘Amsterdam.’ Russell is known best for his works ‘Silver Linings Playbook’ and ‘American Hustle,’ among many others. Russell has reached critical and commercial success with his films, though the prominent director has brought several controversies upon himself throughout the years. Unfortunately, such controversies have put a damper on the new film, and it is understandable why some may choose not to see it. ‘Amsterdam’ will be Russell’s first project since 2015’s ‘Joy.’ The film is scheduled to be released in November of this year.

The trailer gives a great snapshot of what the film will look like, though little is known about the plot. Taking place in the 1930s, ‘Amsterdam’ is set to center around three friends who become suspected of murder – and murder is always a good catalyst for a plot. It’s part-mystery and part-comedy all wrapped up in a period piece. The current tagline of the film is “a lot of this actually happened.”  That sounds promising, though the film isn’t banking on being a true story. So far, it looks like all the ingredients are there for a memorable recipe.

It’s not like films need an A-List cast in order to be good, but it certainly helps when you recognize that a handful of your favorite celebrities decided to join a project. Leading the cast is none other than Christian Bale. Bale most recently made his MCU debut as Gorr the God Butcher in ‘Thor: Love and Thunder,’ but his filmography has always been extensive. Bale always gives 200% for every role he plays, whether he’s playing Batman or Bateman. Margot Robbie is always at the top of her game, and we can expect her role in this film to differ vividly from her highly anticipated turn as Barbie in next year’s ‘Barbie’ movie. Completing the main trio is John David Washington, star of Christopher Nolan’s ‘Tenet’ and Spike Lee’s ‘BlacKkKlansman.’ Judging by these three alone, the film is in very capable hands. But they aren’t the only stars making their mark in ‘Amsterdam.’

Chris Rock will undoubtedly dial up the comedy of the film. ‘The Queen’s Gambit’ star, Anya Taylor-Joy, has always known how to pick her roles, and her rising popularity brings a new audience. Before she reprises her role in the second ‘Avatar’ film, Zoe Saldaña is also starring in ‘Amsterdam.’ Rami Malek, who won an Oscar for his portrayal of Freddie Mercury, adds another element to the film. Mike Myers, Michael Shannon, and Timothy Olyphant will round out the cast. Lovable music artist, Taylor Swift, is also onboard, along with the iconic Robert De Niro. Murder mystery films work best with large casts, and it seems like this one will be filled to the brim in the best way possible. It’ll be interesting to see how all that talent comes together for this story.

The Art of a Trailer – Don’t Give Too Much Away

Trailers are made so audiences can get excited about a film, and so that audiences can understand the genre and the fundamentals of the plot. However, there is nothing more shrug-worthy than a trailer that gives too much of the film away, so it feels like there’s no need to see the actual movie. The ‘Amsterdam’ trailer avoids that trap and only sets up the basics. The trailer gives a perfect glimpse at the style, demonstrates the eccentricity of its characters, and gives hints of the comedic tone. I have hope that the film will indulge in delectable plot twists and intricate storylines, so it makes sense that little is given about the plot. There’s nothing that reveals how the story will unfold, which may seem like a bad thing, yet it adds a layer of intrigue and sophistication that is often lacking in many trailers.

The title ‘Amsterdam’ itself gives very little away. It gives the setting of the film – a hugely important aspect of mystery and period films – and since this takes place in between wars during the Great Depression, there’s more historical context to understand and play around with. All this is to say, the trailer provides a great baseline for marketing, complete with the long list of cast members. The trailer should leave you wanting to see more, thus inspiring you to plan on seeing the film come November.

Perhaps the most intriguing aspect is the originality that this film appears to hold. Everyone loves a book-to-movie adaptation (except when the movie does no justice to the book, which happens way too much), and everyone loves a film series, complete with reboots, remakes, and re-quels, but if we’re being honest, there’s a cry for something new. Maybe “cry” sounds a bit too dramatic, but it can grow tiring when everything feels so overdone. Hollywood is comfortable marketing off of their franchises because there’s a clear route to success. Marvel dominates the box office nowadays because of the studio’s reputation and the comfort level audiences have with blockbuster films. It’s safe. It’s familiar. Even more experimental films can benefit from being a retelling of a classic story, or a classic character. But everyone needs to step out of their comfort zone every once in a while. And, let’s face it, we need something new. That’s where films like ‘Amsterdam’ come in.

‘Amsterdam’ has spunk and freshness. No full judgment can be laid out until the film is actually released, but it’s a good sign to see something so inventive. At its core, it is intended to be the crazy story of three friends, and we can never have enough iconic trios in Hollywood. If the craziness can balance what seems impossible without becoming too extraneous, then ‘Amsterdam’ can continue to add to its list of assets. If you’re looking for an engaging and exciting story this Thanksgiving, then you should look at ‘Amsterdam.’ We’ll all have to wait and see how everything will play out.