‘Summer Days, Summer Nights’: The New Romantic Drama Set In Long Island During the Summer of ’82 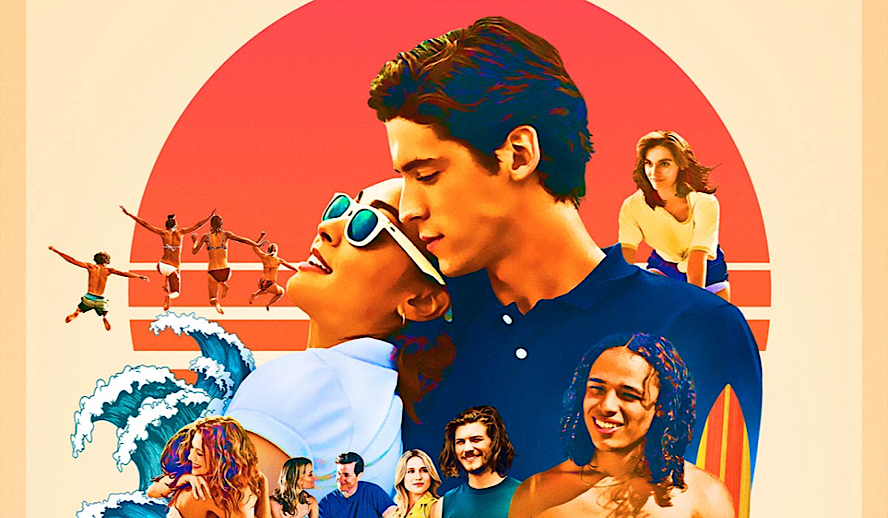 As the Temperature Cools Down, Romances Heat Up

Picture this: the camera rolls through a quaint summer beach town located in Long Island. It’s 1982 and the summer is coming to an end for the town’s residents as well as the tourists that are vacationing there. This certainly doesn’t mean however that new romances aren’t just beginning while old ones fizzle out. Cue ‘Summer Days, Summer Nights’ the recently released romantic dramedy feature directed and written by Edward Burns.

The film is equipped with a large ensemble cast with familiar (and talented) faces. Pico Alexander, who viewers might recognize from ‘Dickinson’ or ‘Home Again’ where he starred alongside Reese Witherspoon, is JJ: the recent high school graduate who works for his dad at the local beach club. The father in the film just so happens to be played by the writer/director himself, Edward Burns. JJ attempts to distract himself with work as he recovers from a recent breakup but as time progresses, he hesitantly begins to develop a new relationship with his self-assured co-worker, Debbie (Lindsey Morgan, ‘The 100’, ‘Walker’).

JJ’s aspiring musician cousin Terry, played by Amadeus Serafini (MTV’s ‘Scream’), is staying with JJ’s family for the summer where he works for the next-door neighbor, Claudia (Susan Misner) whose daughter is the perpetually pouty Winky, (Rita Volk—best known for her leading role on MTV’s ‘Faking It’). Then of course there’s Frankie, played by the immensely talented Anthony Ramos, recent star of ‘In the Heights’. Frankie is desperately trying to win back his high school girlfriend, Suzy (Caitlin Stasey) who returned back to town for the summer. Phew— take a breath, I know that was a lot to unpack. If you couldn’t tell already, this film is an incredibly intertwined web of love, heartache, and complicated budding romances.

The Mind Behind the Movie

Many people may be familiar with Edward Burns’ work in front of the camera, more-so than behind it, considering he’s been in famous films such as ‘Saving Private Ryan’, and ‘She’s the One’. Burn’s however is just as comfortable seated in the director’s chair and has seventeen (and counting) director credits listed on his IMDb. In a past interview with Fatherly, Edward Burns had an incredibly candid conversation about the heart of indie films and how they certainly aren’t dead yet, “It’s a great time to be an indie filmmaker from the standpoint of there is no barrier to entry anymore. You can pick up this (reaching for his cellphone), and you can make a pretty damn good-looking movie on your phone.

You can cut it on your laptop. So, the idea of having to go to some investor and having to raise a couple of million dollars is off the table. If you’ve got the wherewithal to make a micro-budget movie like Brothers McMullen, you can do that now very easily. The challenge, as you said, is then what do you then do with that movie? How do you find an audience? The theaters are gone. But the good news is the Sundance Film Festival is starting up again. It’ll be a virtual film festival this year. But every year coming out of that festival, and all the other great festivals, you do hear about that little tiny movie with actors you’ve never heard of somehow break through and find an audience.”

It seems that Burns has a pattern of common interests: coming of age stories, the east coast, and the ’80s. Comparing ‘Summer Days, Summer Nights’ to his EPIX show he created ‘Bridge and Tunnel’, another dramedy styled project set in the 80’s that centers around an ensemble of college grads who are about to start the rest of their lives in the ambitious city of Manhattan while hesitant to leave behind their Long Island hometown. Sounds a little familiar? He clearly nails this genre, time period, and complicated relationship dynamics quite well and it strikes a chord with its large target audience. Variety reported in a January 2021 article, “Edward Burns was only 12-years-old in 1980, so he doesn’t consider that decade to be one he experienced to the fullest at the time. Having some distance from the politics or harder events of the time period, though, makes him look back on it fondly as a simpler time, “the way you look back at an old photograph and think, ‘Oh that looks so nice,’” he says.

While ‘Summer Days, Summer Nights’ had its world premiere at the Tribeca Film Festival in 2018, it only recently became available to stream by American International Pictures in August of 2021. This film in particular was character-heavy, which while I did enjoy, at times got a tad difficult to follow. Each character was going through their own internal battle while also maneuvering new (or old) romantic relationships which didn’t allow for much character development. If I had to pick a favorite, I mostly enjoyed watching JJ and Debbie’s relationship unfold because of their drastic contrasting characters. While Debbie is confident, fearless, and relentless, JJ couldn’t be more opposite and despite the fact the film features an ensemble cast, I felt that JJ’s character, in particular, was the strongest and most prominent.

Let me admit that I have a soft spot for this sort of reminiscent, free-spirited, summer fling type of film. I find that they are the perfect escape and enjoy watching the characters’ lives unravel. On the other hand, while I wish I could say this movie stood out amongst other ones in its category, I felt it was pretty comparable to films such as ‘Hot Summer Nights’ and ‘The Last Summer’. I think the film would have benefited from a smaller pool of characters that could have been more deeply explored and given more time to devote to their storylines. To develop your own opinions on the film, it is now available on VOD.